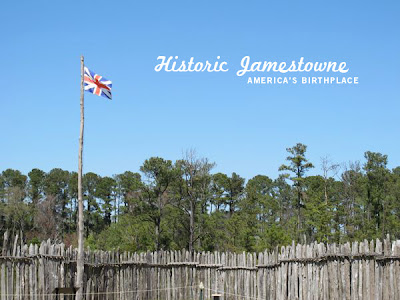 The theme of our trip to Williamsburg quickly became “where history comes alive.” With interpreters and actors in period dress, talking and acting like they were in the 18th century, you get a sense of the time and place. However, of everyone we met, Danny Schmidt, an archeologist at Historic Jamestowne, whose energy and passion best brought history alive. Historic Jamestowne is considered to be the birthplace of America, as the first permanent home to English settlers in the New World. Today it is jointly administered by the National Park Service and The Colonial Williamsburg Foundation (on behalf of Preservation Virginia). 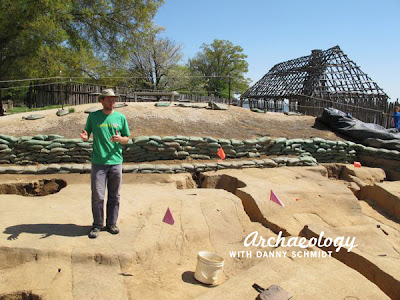 Danny was fortunate enough to work as an intern working on digs on the historic site back in the mid-90s as a high schooler, and truly has his dream job today still working on the site, digging up and working to understand history (and the way its changed with new discoveries since he first started working on the project). It’s hard to explain how contagious his passion was, but the four of us were completely engaged in everything he had to say, wishing we could stay all day. And while we were on a private tour, the archaeologists regularly give tours (mainly week-days April through October) and are on site for visitors, making the information accessible and “sharing” in a way I feel many organizations do not. 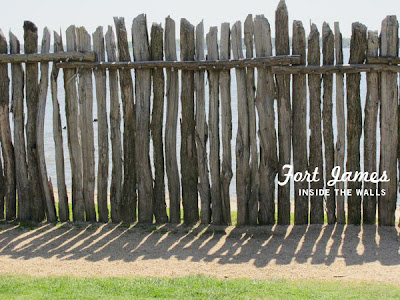 The triangular area of the 1607 James Fort overlooking the James River is simple, and based on accounts written at the time. During our visit they were working on excavating what would have been a former chapel – the very chapel where Pocahontas was married. Just outside the walls there is a bronze statue of her, where her hand is warn from everyone who has taken their picture with her over the years. 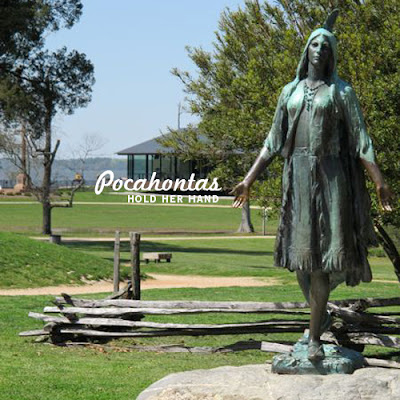 Also on site is the Archaerium, a modern structure housing many of the finds dug on the site, within a historical context (the graphics and displays are really well done). It tells the stories of the interwoven cultures of the English, Powhatan Indians and Africans. 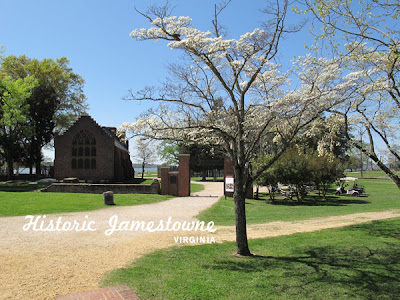 The entire site is beautiful. We had the perfect day to visit, but apparently it can get quite windy (it is cooler than Colonial Williamsburg). It’d easy to stay all day and explore. A bit down the road, don’t miss the glassblowing workshop. Despite having seen glassblowing in the past, the process never ceases to amaze me – even more so contextualizing the process to the 17th century. There’s also simple cafe – known for its carrot cake – that’s the perfect place to take an afternoon rest and enjoy the view over the water. There is lots of programming going on and in the works – such as Survivor, a new mystery game for kids, and times when people are encouraged to bring their dogs to the site for the evening. Without a lot of flash and dash, history is truly fun and exciting at Historic Jamestowne. 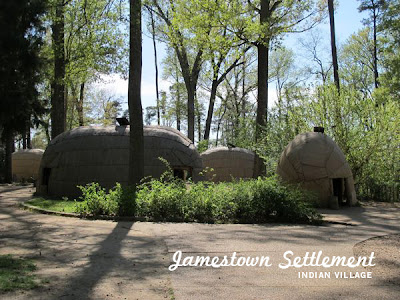 For the history buff, there is loads more to learn nearby at the the Jamestown Settlement [note: there are two spellings for Jamestown/e]. It takes a more contemporary museum approach recreating village scenes, showing a range of perspectives from Indians to settlers. After the extensive museum, there are re-created scenes with costumed actors outside and buildings to go inside to better understand the ways various peoples lived. My favorite part where the ships. While I love the water, I sure can’t imagine sailing the Atlantic in one of those! 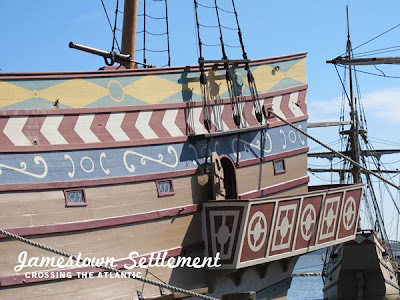 Further – but not far – away, Yorktown was a major site of battles and home to the Yorktown Victory Center. The museum is really interesting may be a bit much for kids (or me) to take in when it’s so nice to explore outside, but talking to the interpreters in the mock battle camp was fascinating. It’s one thing to read about this stuff in a book, but another to see it, touch it, and feel it in person from the way people ate, the role of the doctor, to where/how soldiers slept. It was hard to imagine seven soldiers sharing a single tent. The farm also provides an interesting look at life at the time. 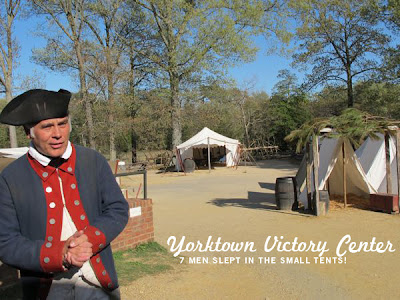 Special thanks to Sheryl Kingery Mays for the wonderful look at Historic Jamestowne, and Debby Padgett and Tracy Perkins for showing us around the Jamestown Settlement and Yorktown Victory Center. It made our visits extra special!

This post is sponsored locally by your best trip ever destination – Williamsburg, Virginia. Discover fun for the whole family and book your vacation now at visitwilliamsburg.com.