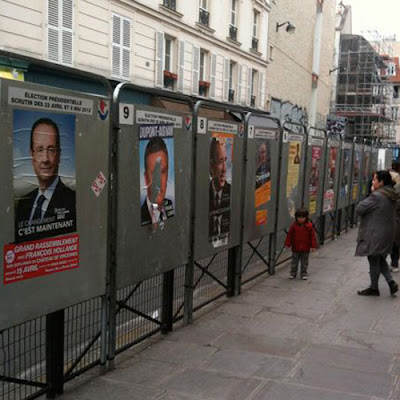 It’s Election Day – of the Presidential style – here in France. And yes, it is a Sunday. A shock to the American mentality, it’s one of the Frenchisms that actually seems to make sense to me. Sunday is the day that the fewest people work, so in theory everyone can vote. Just two weeks ago (April 22) were the primary elections, narrowing the field from 10 [see the French version of “yard signs” – panels and posters in front of every school – above] to two. After tonight we’ll know who will be president of France for the next 5 years. 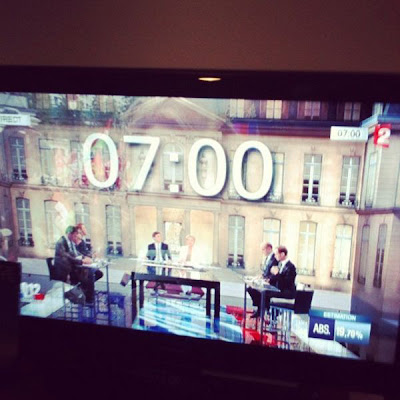 As I watched the primaries with some French friends (grads of Sciences Po), I did my best to make sense of what was happening, while figuring out who was on whose side. Apparently the results were announced in Belgium and Switzerland first (oh, the power of the internet), but were not completely spot on. Luckily I had twitter to follow in conjunction with the live results to further digest what was happening, and the overwhelming mood I got was disbelief that far right extremist Marine LePen (aka “bleu Marine”) garnered nearly 20% of the vote. Ultimately, however, socialist François Hollande claimed 28.63% and incumbent Sarkozy took 27.18%. On Wednesday night, Hollande and Sarkozy took to their one and only debate of the election. There’s a great blow by blow on the WSJ live blog coverage to better understand the position of the two candidates. Or you can watch Hollande below share his stance Dr. DRE style for a bit more fun and light-hearted take on politics.

It’s said to be one of the tightest Presidential races in recent years. For great coverage in English (from a French perspective) tune into France24, who has both a French and English channel, and will be live blogging the results. 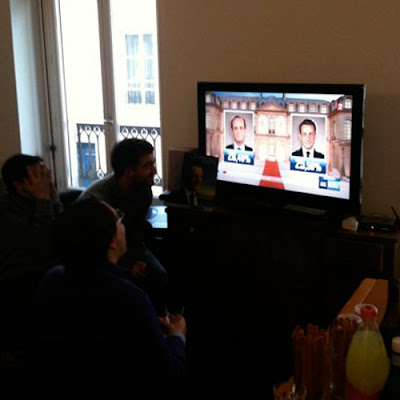 Images from the primaries.