The Storming of the Bastille: France 2012 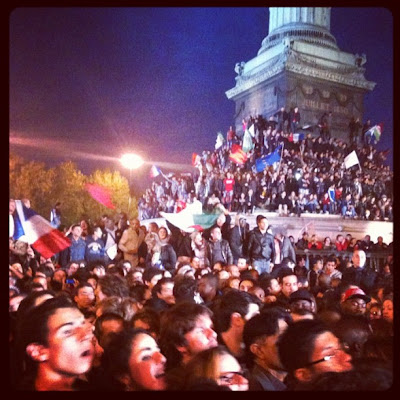 It’s only every 5 years that one has the opportunity to experience a presidential election in France. So with less than an hour to spare, I headed to Bastille, the main public location where the results would be celebrated. When I got there I thought there were a lot of people, but I was wrong. Way more came. I’ve never been so squooshed in my life (even at Obama’s Inauguration my feet almost froze off, but I had room to stand and breathe). I think my calves will be extra sore tomorrow as for a large portion of my time in the human sardine can, I was on my tip toes. When it was announced that François Hollande [note: the “H” is silent in French] won, I felt like I was in an earthquake or rip tide and moved with the crowd, conveniently to a better view of the jumbotron. I almost forgot to take pictures in the midst of it all, briefly blinded by champagne and beer in the eye from my neighbors. But it was exciting and something you don’t get to do every day. As I write this, I suppose people are still in Bastille, trying to make their way out; it was a true battle out. It took me almost an hour to get the couple blocks to where I needed to be. I overheard someone in “passing” comment that this was just like a manifestation, except that no one would move. Ironically, the speed I moved to leave the crowds reminded me of the way a lot of things happen in France. Still, I think everyone was too happy and amused to care, and for me it was another new French experience. 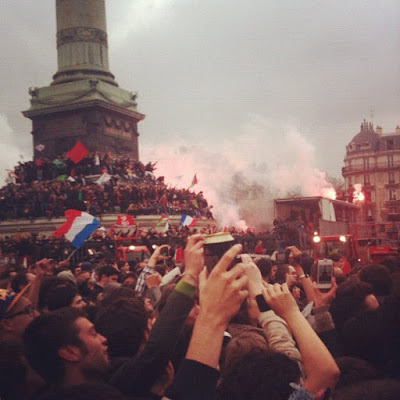 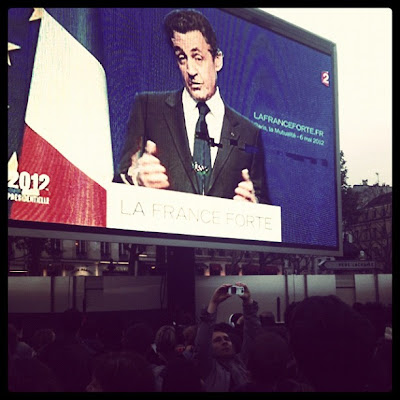 A concession speech from Sarkozy [above]. 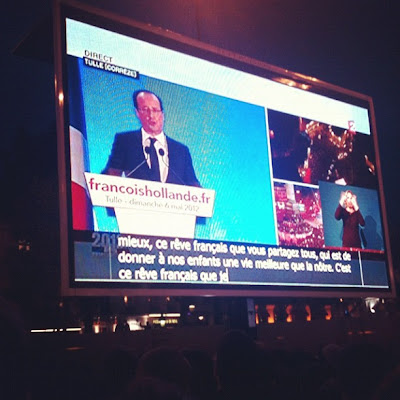 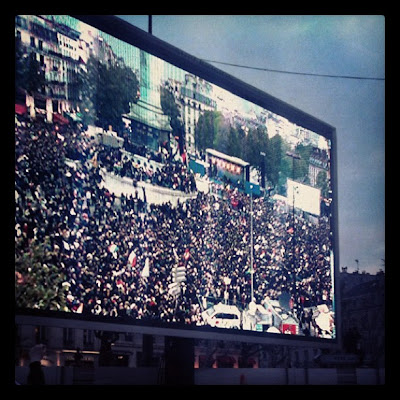 The human sardine can, aka the crowd. (I was near the white jumbotron on the right hand side of this image). 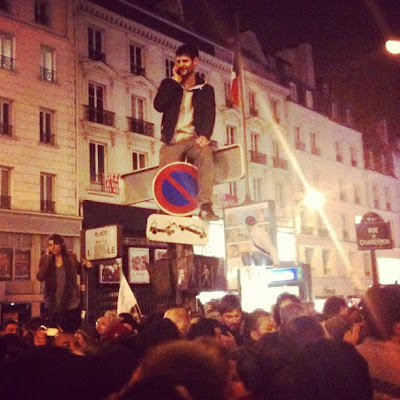 All images from my Instagram feed. For more of my favorite shots, visit my official Flickr album!