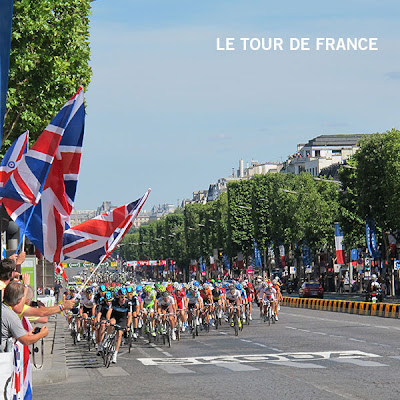 Yesterday was the perfect day for the final leg of the Tour de France. The race which started in 1903 last three weeks and covers over 3,000 km around the country. For the final stage of the race, the cyclists make 8 “tours” along the Champs Elysées (it’s more of a hill than you realize). Like many experiences I’ve had in Paris, this too was a bit of a last minute excursion, but was so glad I made it. Tiffany‘s dad is a huge cycling fan, so in his honor she had grabbed a “spot” on the top of the Champs Elysées to watch the turn. I arrived a little after 4pm to catch the magic. 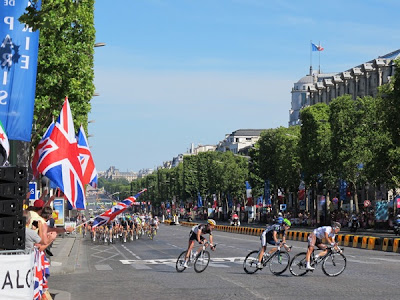 Typically there were a half dozen or so racers at the front of the pack who would take the turn first, followed by the pack. In the distance you can see the Louvre. 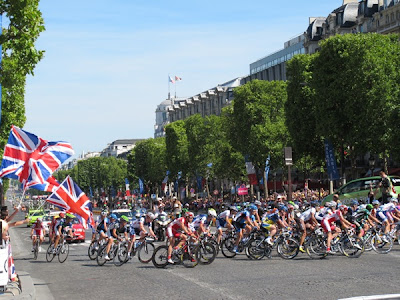 The turn was pretty impressive to see everyone do it together. 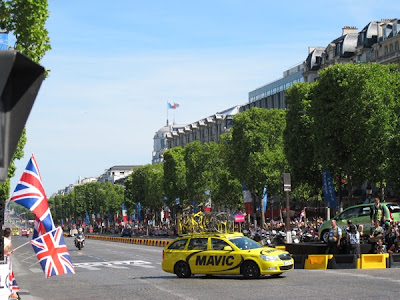 Each team had a designated car following them, should they need a repair. So at parts it almost felt like Nascar as the cars followed. It was as the cars made the loop that you realized what a tight turn it was. 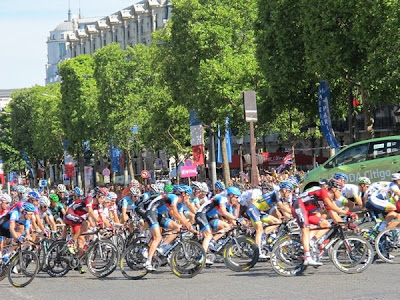 I have to admit, with all the throngs of people several deep along the Champs – even for the final lap – I was surprised by how little noise/actual cheering there was. I think we were all trying to take too many pictures. 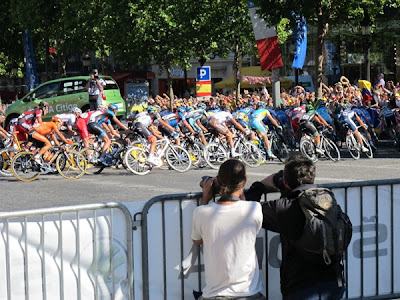 These guys snuck over one level of fences to get closer shots. A police officer was there – he totally didn’t care. Maybe I’ll have to try this tactic next year. 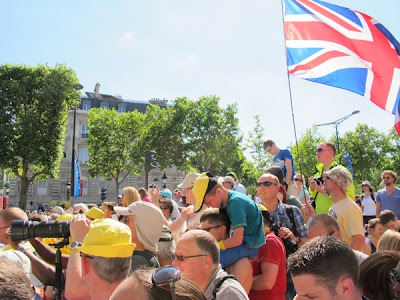 The kids seriously had the best view on shoulders. I intentionally wore shoes with a heel on them (note: most of these shots were taken blindly with my arm up in the air and aiming in the general direction!). It’s something I learned after watching the fireworks on the Champ de Mars one year. And added height really helps make a difference when trying to see or take pictures. 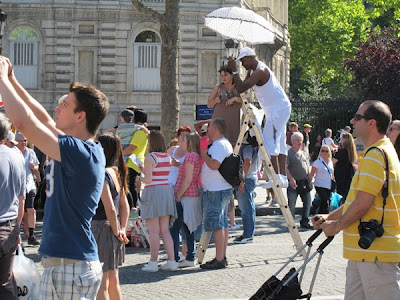 However, if wearing heels aren’t your thing, I saw several people with little bathroom stools (the kind kids use to brush their teeth), step stools, perched up Velib bicycles, or even a true ladder. This guy was kind enough to let people take pictures from the front of his. And I’ll have to do some more research, but I was shocked how few people were watching from the top of the Arc de Triumph (I’m guessing it’s open). Even the roof of Publicis (one of the big agencies on the Champs Elysées) only had a handful of spectators. 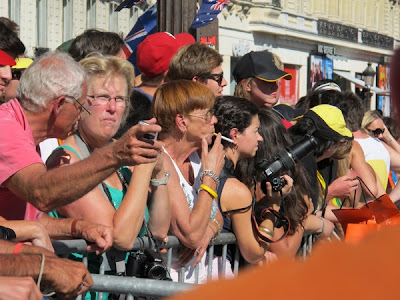 The spectators were out in full force, including ones smoking cigarettes while wearing a “live strong” bracelet. 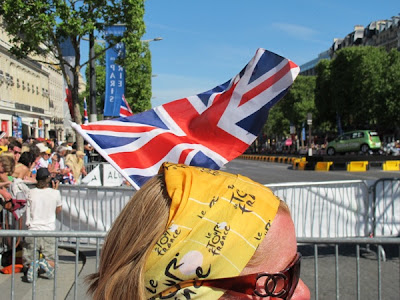 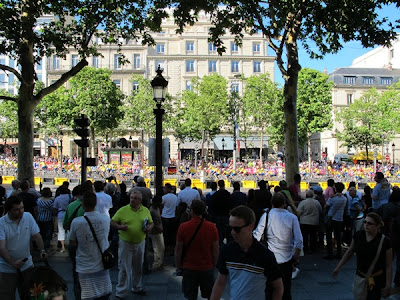 Watching the race along the Champs Elysées is nice, because unlike many other major events there is not the rush to the metro when it’s done, and it just filters out nicely. We grabbed a beer (1,50 Euro at a mini mart!) to enjoy the day and wandered back to the Champs. When we looked up a throng of bikers of all ages wearing yellow were having their turn at the final tour. Then each cycling team and car made their final loop as well. 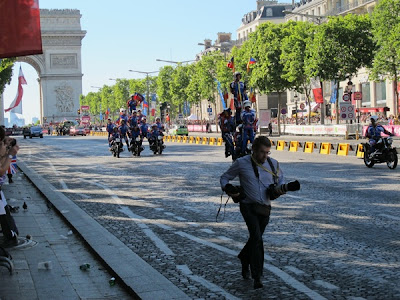 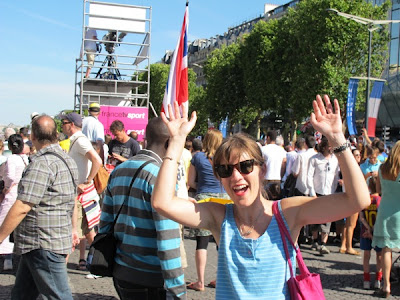 Proof for Tiffany‘s dad that she watched the race!

Tips for watching the final stage:

For more Paris spectator sports, click here for my guide to Roland Garros.