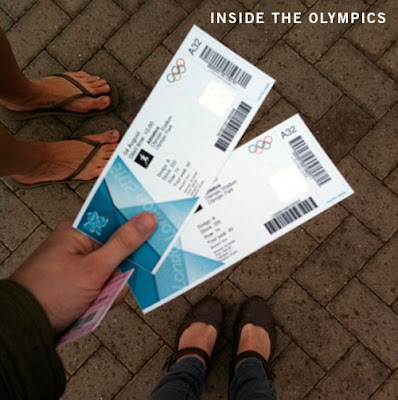 With a whole lot of persistence, a little bit of luck and a dose of chance Margaret and I magically scored tickets on Friday night through the online Olympic ticketing platform. Sure our seats were second row from the back inside the Olympic stadium, but this was for sure the best 20 quid I’ve ever spent. It was so much fun walking around and catching the spirit, I thought I’d share a look inside Olympic Park today. 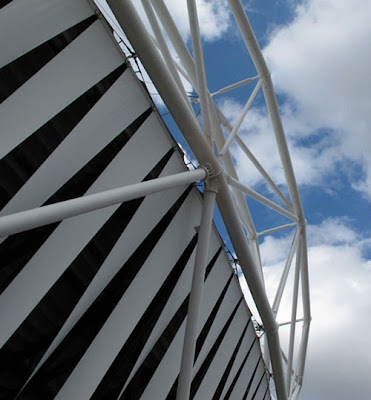 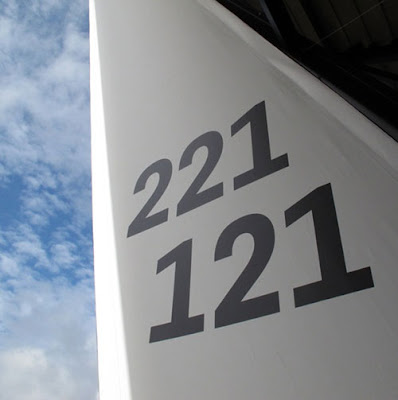 This is not a sail, but the panel of the stadium designating our seats. 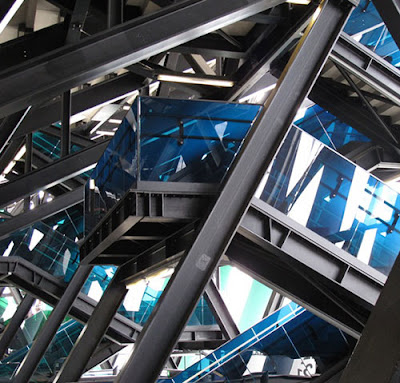 Making our way up. 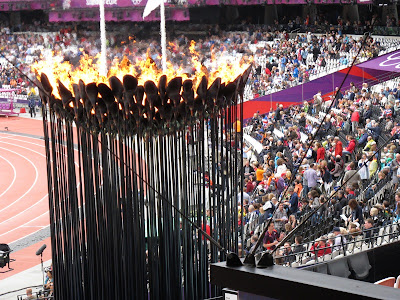 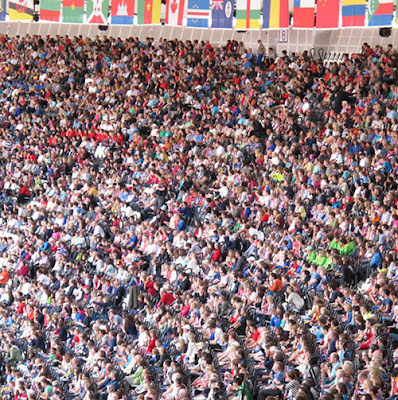 It’s so cool thinking about people from all around the world coming together for a single event. We also realized we need to beef up our flag recognition skills. 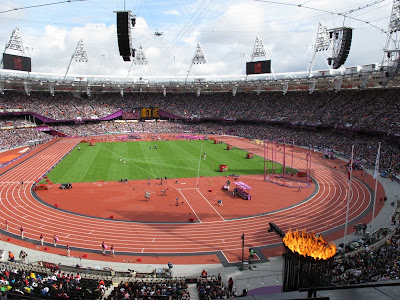 We saw the 100m men’s heats, women’s steeplechase, pole vault heats (far end), and women’s heptahlon (7 events) where we saw the long jump (right side of stadium) and javelin thrown (straight ahead). 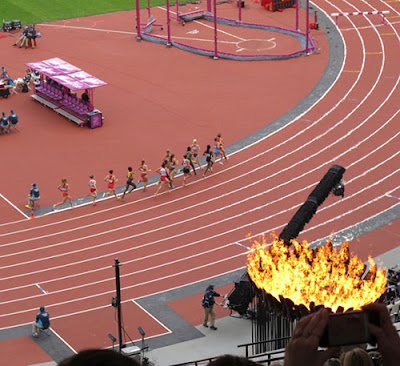 The 3,000m steeplecase is something like 8.5 laps of the track, including several hurdles and one with a water pit. 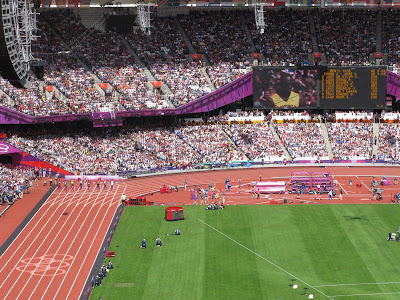 Lane 7 (& on screen): Usain Bolt in his London Olympic debut. He won. 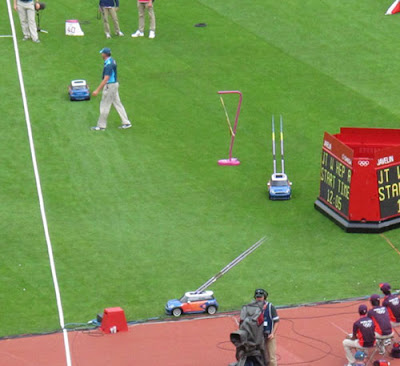 These remote controlled MINIs that retrieved the javelins was by far the best use of a sponsor during the games. 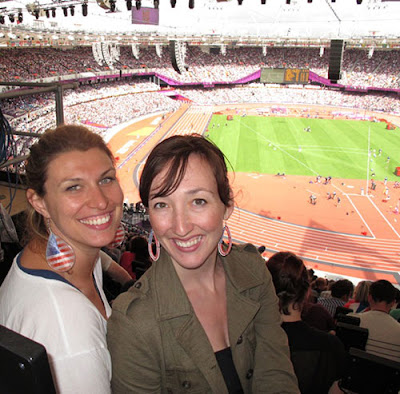 The view from our seats. Note: USA themed earrings. Wearing amusing country-gear is the best way to see the games (and make friends)! 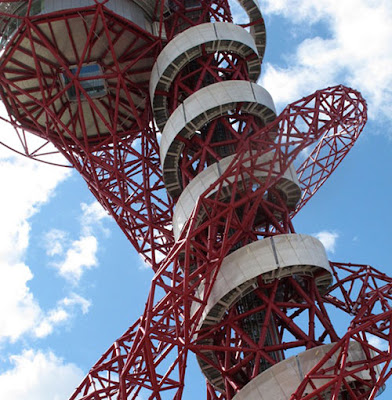 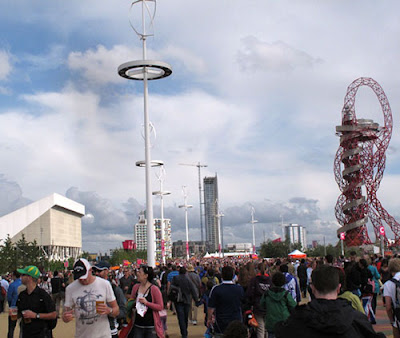 Overall view towards the Orbit with the Aquatics facility to the left, and stadium (not pictured) to the right. 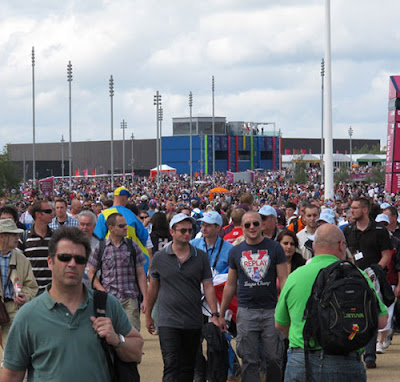 Athletics/Track & Field ended after lunch and then it was off to explore. There were definitely a ton of people but it never felt as crowded as it looks here. In order to get into the park you had to have a ticket. 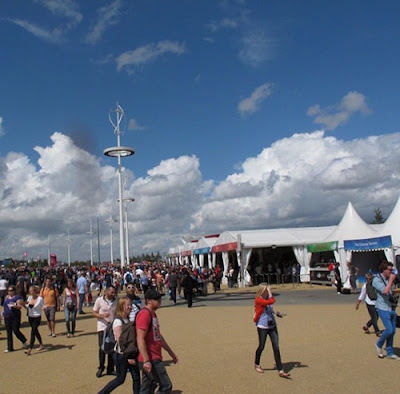 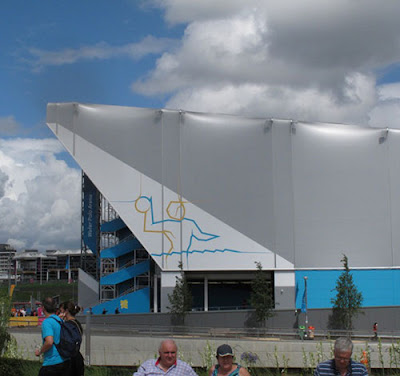 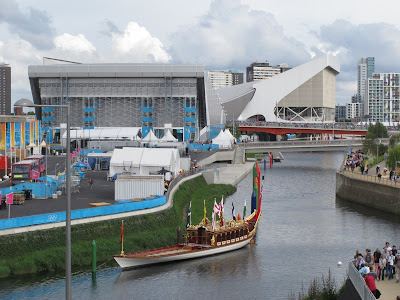 The Royal canal boat with Water Polo and Aquatics in the back. 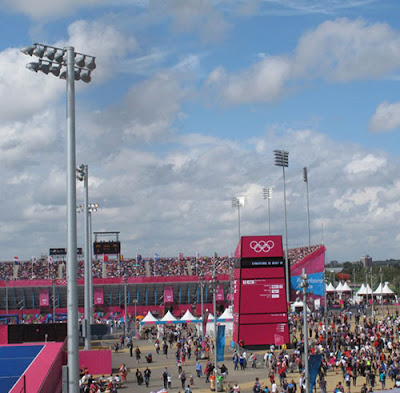 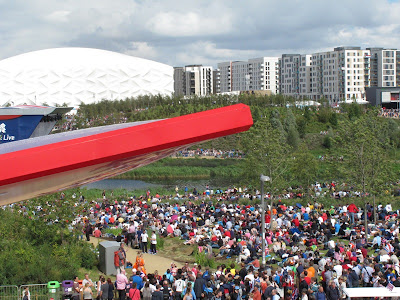 View to the Basketball Arena and the Olympic Village where athletes stay. 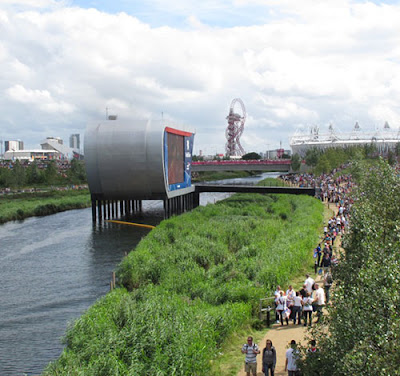 In the center of the Olympic Park there was a big screen and a park where people could watch other events. I definitely wish there had been more big screens around showing other events – a bit like at Roland Garros. 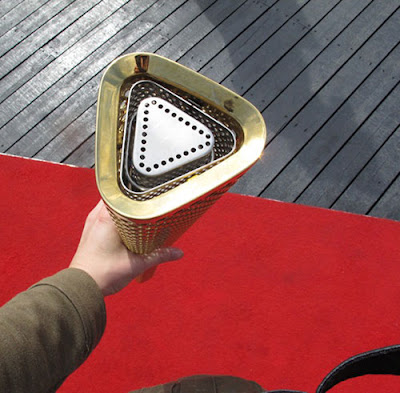 The torch, or at least one of the many. 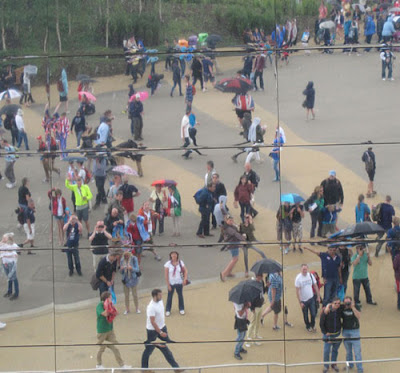 London weather is crazy. It’s actually been quite chilly given it’s August! We survived two downpours during our visit on Saturday. This was a fun mirror facade for the BP experience. (Look for my grey leg sticking out!). 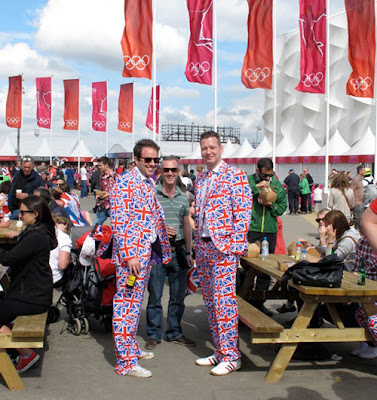 As hard as the athletes work from around the world, going to the Olympics is also a lot of fun. These guys spotted us with our over-the-top earrings we found at Brixton Market the day before and asked jokingly “so where are you from?” Of course we had to get a picture together. 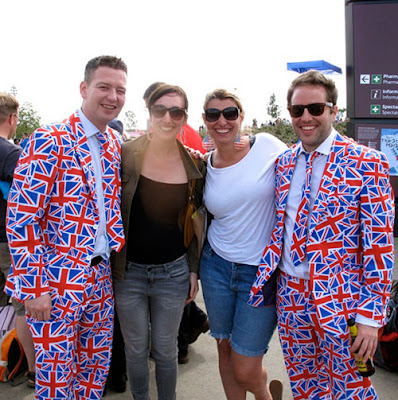 I took tons more pictures at the park, which you can check out on Flickr or Instagram!