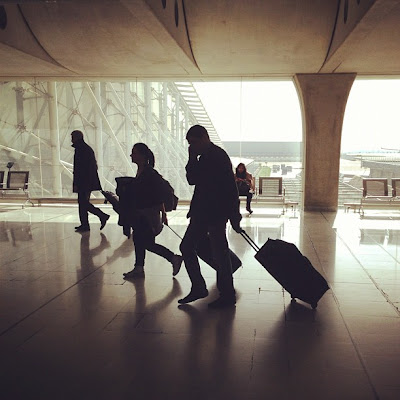 A year or two ago I first heard mention of XL Airways and along with it that it was a French secret for affordable travel to the US. Following my style of jumping on last minute opportunities, I decided to try it for myself. My main skepticism was their general lack of online presence in terms of the “trust” we’re able to gain from Twitter and Facebook contact these days (when done right).

A few searches and the hits I came up with were uncomfy seats, bad food and light luggage requirements. However, the 420 Euro round-trip price tag (I splurged for the 17 Euro insurance bringing my ticket closer to 440 Euros) three weeks before my trip. That’s sub $575 with the current exchange rate, and an airfare I haven’t seen in years and too good to turn down. The catch was I’d be flying direct to JFK, but it also worked out perfectly because there was a conference I was attending there. 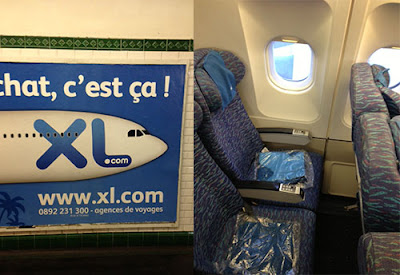 One of the biggest surprises was that my flight – both directions – was dominated by French speakers. French was the default language of the airline, and at JFK the first announcements were in French. In fact, I felt like on my flight I heard more French spoken than I do many days in Paris. It really felt like I had uncovered a wonderful French secret!

XL Airways‘s most popular flight is Paris–New York, but they’ve recently added direct flights from Paris to Vegas and San Francisco as well as offering flights to Africa and even Mexico.

Speaking of airports, here are few other posts you may enjoy: