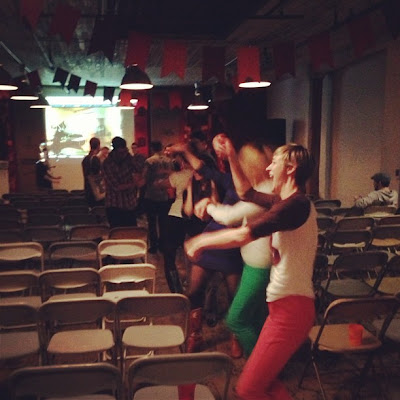 When I was in the US a few weeks ago I posted this picture from the clean-up “party” after the first night of Brooklyn Beta (more on that to come in another post, but here‘s a great compilation of highlights). One of my followers posted a comment that said, “Looks like Gangnam Style!” To that my response was, what’s that? It turns out indeed I had heard the song seen the music video in France but had no idea it was such a worldwide phenomenon where people did the “horse-riding dance.”

The music video is ridiculously enthralling. Psy (aka Park Jae-sang) is the artist, and the first South Korean artist to have a top-selling U.S. single (he just signed with the guy who made Justin Bieber famous). According to TIME, the video mocks materialism in Seoul.

Where are you from? Is ‘Gangnam Style’ a big hit there too?