Where to Stay: Eindhoven, Hotel Nijver 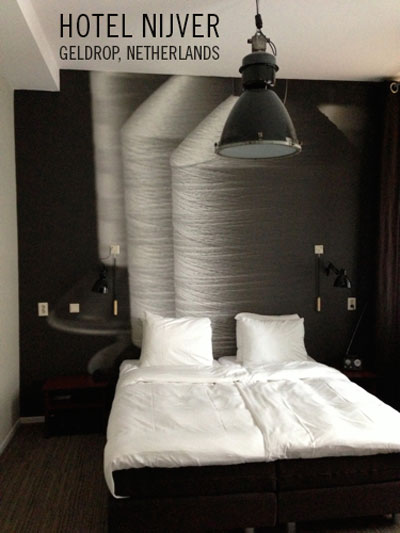 For so long my travels have taken me to big cities, so HelloEtsy was the perfect excuse to go to a part of the Netherlands I probably never would have otherwise: Eindhoven. Conveniently, the day-long conference for small businesses was perfectly timed with Dutch Design Week. Eindhoven has become a major design hub, home to the Dutch Design Academy, and the former Phillips factories have been converted to working studios.

When Berlin-based Ashley and Thea and I knew we’d be meeting up in Eindhoven, we knew we needed a great place to stay. With a little luck, Hotel Nijver instantly caught our eye. Little did we know – their website is only in Dutch! – the hotel only opened 10 months ago. Despite being just outside of the city in nearby Geldrop (easily accessible by train), we knew this was the place for us. With 19 rooms and 4 long-stay studios, the hotel designed by owner Hans Snoeijen channels Eindhoven’s industrial past. (I’m totally dreaming of having a big photo wall now!) The staff made us feel completely at home and we weren’t ready to leave after our 3 days in Eindhoven. Luckily they gave us a look around the whole place before heading out. 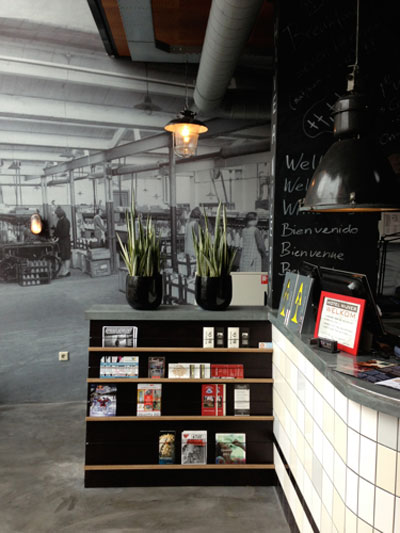 Don’t expect to see anyone at the front desk. Instead, head into the restaurant (which has been open for 2 years) and someone will gladly help you. It’s a staff with many skills! 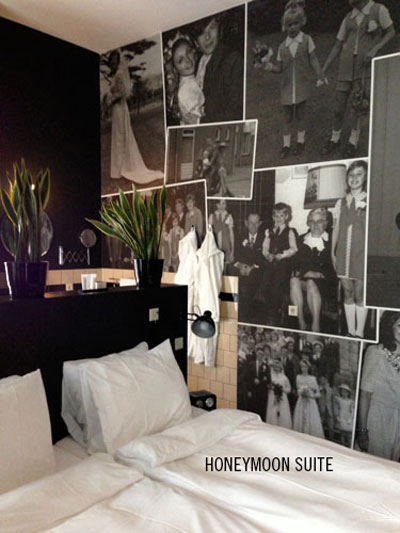 My favorite room: the Honeymoon Suite. 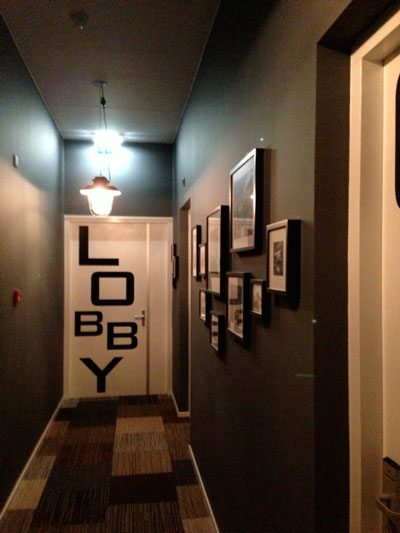 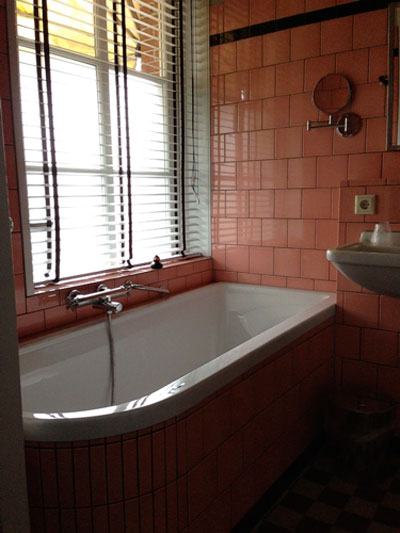 Our bathroom was “mint green” but this one was pink. 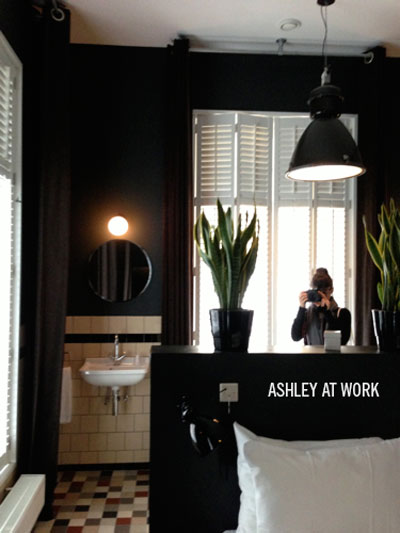 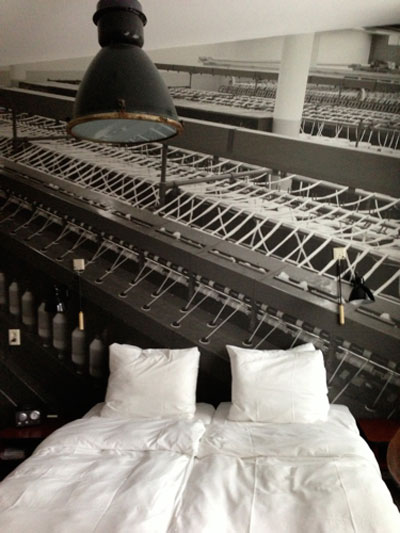 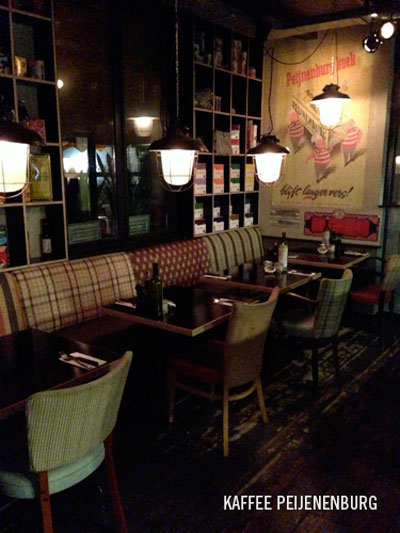 We got in late our first night and decided to try Kaffee Peijnenburg connected to the hotel. We loved it, and ended up having dinner there the following night as well breakfast two mornings. 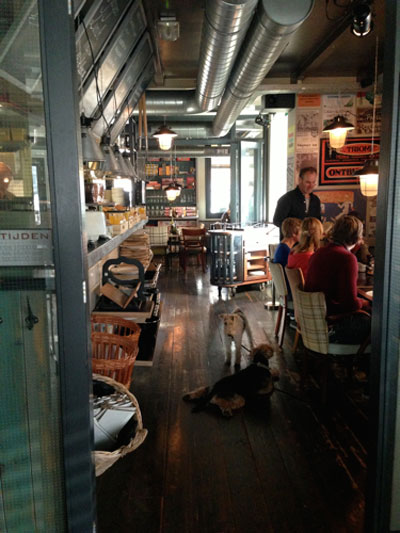 Clearly popular with the locals as well was further evidenced by the fact that menus were only in Dutch (and refreshing that the three of us continually got mistaken for Dutch, but deciphering the menus became a fun game). By the way, that’s Hans, the owner/designer, standing up who is full of great recommendations for Eindhoven. The other Hans who works there – and gave us our tour – is also a complete delight as is the rest of the staff. 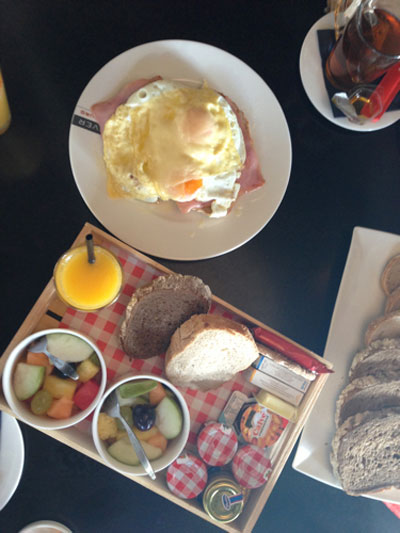 Of course we had to try the Dutch breakfast. 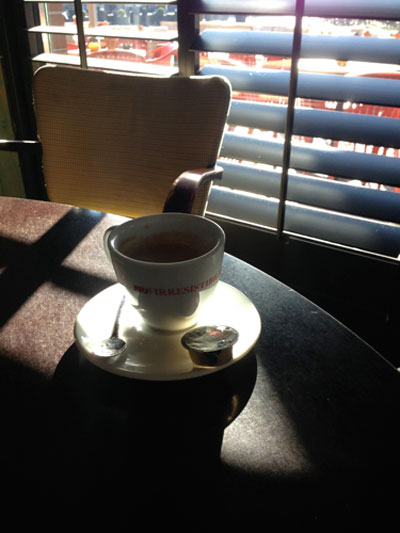 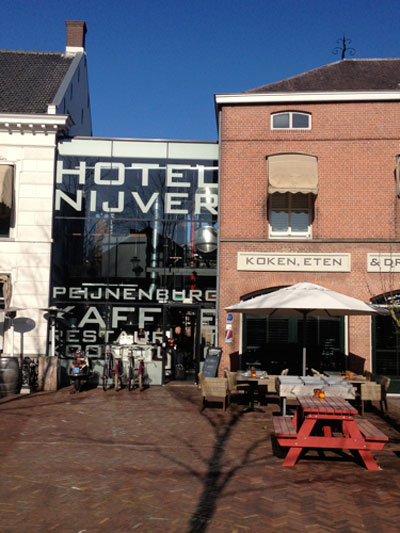 Hotel Nijver behind the glass, and Kaffee Peijnenburg just to the right. 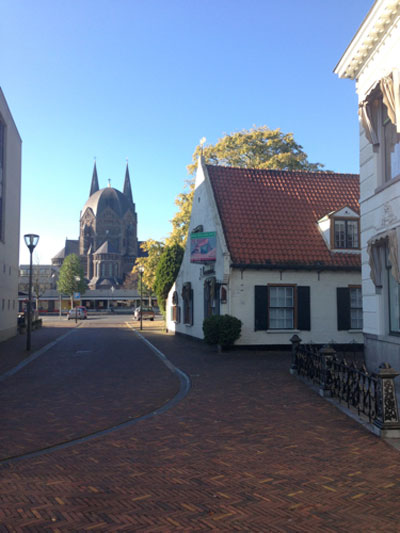 Just outside the hotel in Geldrop look to your right. Is it just me or does the church look like it’s Batman’s head?
HOTEL NIJVER
Heuvel 1a
55664 HJ Geldrop

For more on our trip see what Ashley and Thea had to say.

Thank you to Hotel Nijver for partnering with us during our stay while in Eindhoven! Full disclosure: this is a partnered post in exchange for the stay, but all words and images are my own. I’d go back in a heartbeat!
Hello Etsy, Eindhoven EditionVOTE