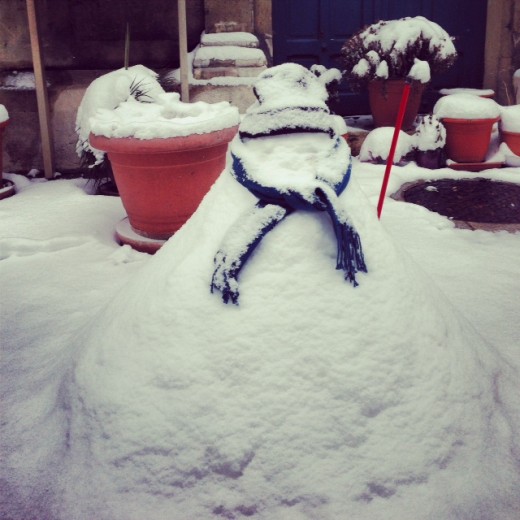 The more time I spend in Paris the more I realize I still have so much to learn. Four+ years collectively in France, and over 30 years of general life experience and on a regular basis my mind is blown by the simplest of things. Over the weekend we had our first major snow (it doesn’t happen often here). On my walk to the pool I saw the snowman (above), stopped and took a picture, and thought to myself, now isn’t that cute. Then on my walk home, I passed another one (below) and had the startling realization that all my life I thought all snowmen were made of balls (typically three, sometimes two). But was this cone/pyramid the “official” snowman form of France? I asked on Twitter and several people had responded that they had also noticed these alternative snowmen. Finally I called on some French friends who said it is something that is common, in part because they don’t get much snow here. Another said it was French “nonchalance.” Still, it caught me off guard to suddenly realize that there are so many ways of seeing things, and “what shape do you make your snowmen?” was never a question I thought to ask my French friends… until now. 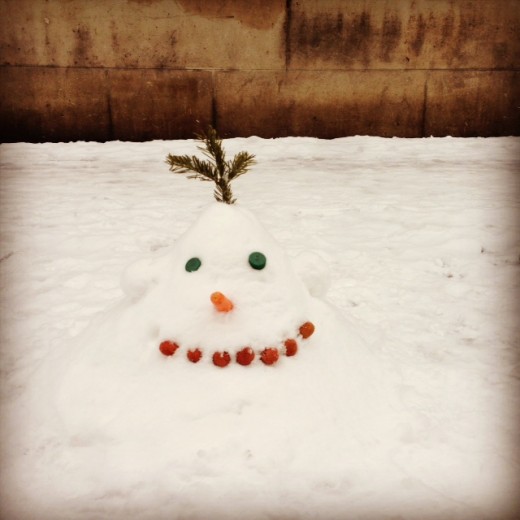 In a similar vein, this year I came to realize that the French don’t water their trees. I know growing up we didn’t always (only because we forget half way into the season), but we always had a metal or plastic tree stand which we’d screw the tree into. The French? Their tree comes with their natural wood stand it’s “screwed” into in it’s own way (or hammered to crossed boards). The design is actually quite brilliant, but I do worry it becomes more of a fire hazard. 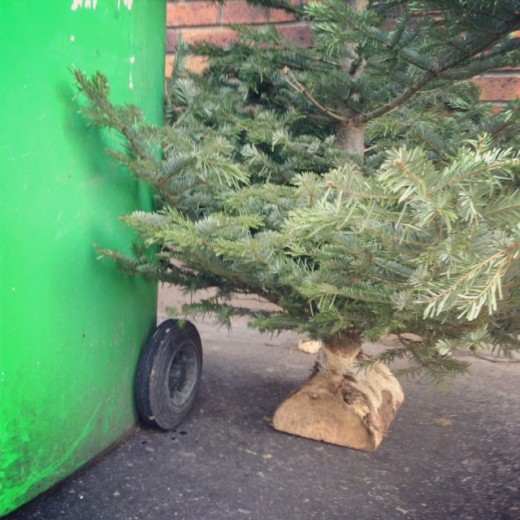 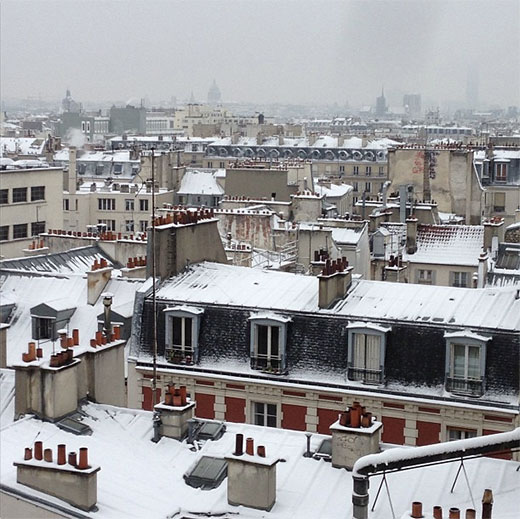 Isn’t Paris pretty in the snow!?!

Follow me on Twitter + Instagram for more cultural observations! And don’t forget to sign up for my map making class on Skillshare! So many great people from around the world, it’s going to be great!