Behind the Windows of New York 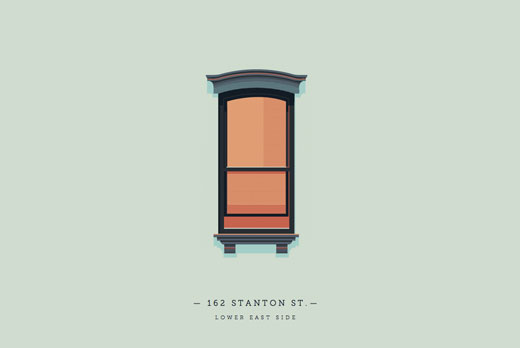 Last week my friend Caitlin sent me the link to Windows of New York. I’m a huge fan of side projects (and think it’s the new way to get a job/hired), and this one instantly caught my eye. I use my French Lessons series as excuse to get over my fear of drawing and improve my Illustrator skills. Ultimately it is simple shapes that make up these windows, but I love that something so mundane also can be so visually interesting. The man behind the project is José Guizar, a Mexican designer living in New York. On his website he describes the project as “part an ode to architecture and part a self-challenge to never stop looking up.” Still, I wanted to know more, so I decided to go straight to the source and ask José a few questions (don’t miss the comment about hot pink!). 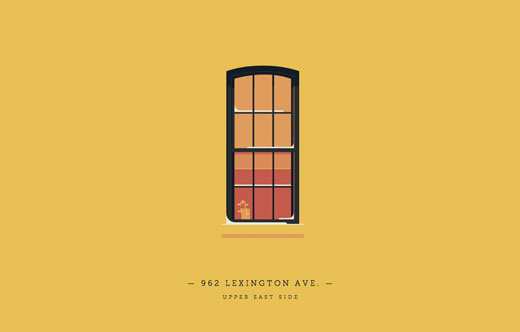 1. What was the moment when you decided “I need to drawn windows”?
I think my favorite thing to do since I landed in NYC is to get lost in the city streets. Any time I feel lonely, angry or stressed out, exploring beautiful streets is my therapy. I think it was in the late summer of 2012, when the sunset would cast the most gorgeous shadows on brownstones when I decided I wanted to start an illustration project that involved the windows and fire escapes I was smitten with, that would keep me periodically creating new stuff, and that somehow would immortalize my time in New York.

2. Which one was your first window? 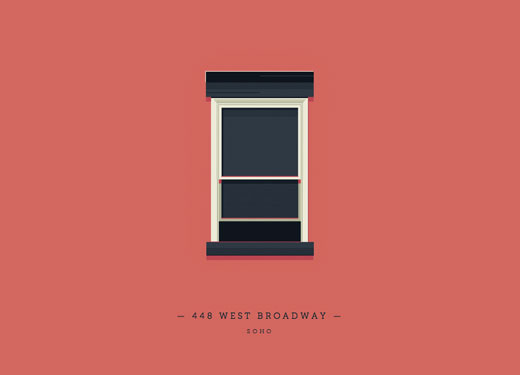 3. Do you think the hard to draw windows are also the hard to install windows?
I am the least handy person around – so I’ll stick to drawing them.

4. What is your process from picking a window to drawing it?

I collect tons of photos of windows that I find interesting. Then, when it’s time for the soothing weekend ritual of drawing a window, I usually select one that is somehow different to the previous one to keep it interesting. I don’t really have a special window-hunting trip on a certain day – I’m looking at windows all the time; from my commute to work to my groceries walk. It’s quite a fixation now. 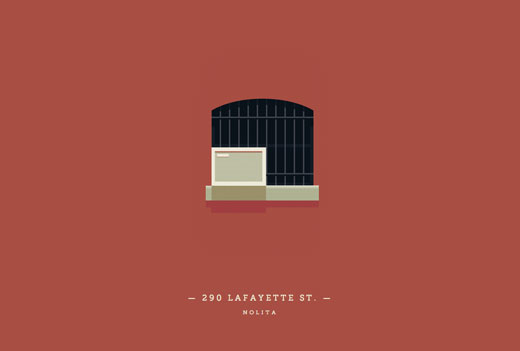 5. How long have you been in NYC? How do you think being from Mexico influences how you see windows?
I moved to NYC early last year. Yes – being from Mexico influences the way I see windows because as an outsider my eyes are open and I’m driven by a desire to explore. I’m also definitely influenced by the colors of my home country and I believe that can be seen in all my work – only a Mexican would use hot pink and lime green as fearlessly as I do and still make things look reasonable.

For another peek inside a side project, learn about the gnomes of Oakland! This project also reminds me a bit of Andrew Losowsky’s book The Doorbells of Florence!

p.s. It’s not too late to sign up for my MAP MAKING class on Skillshare! There are over 650+ students from around the world representing 33 countries and 38 U.S. states – and counting… I promise no design experience or special software required. Sign up HERE.