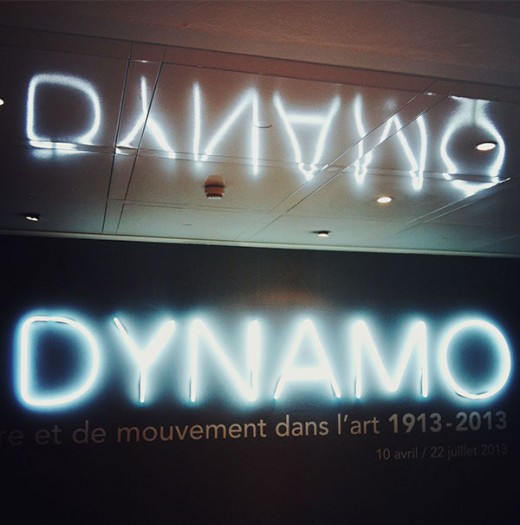 Growing up I always had an idea of what “art” was, and the way you visit a museum. I studied art history and more often than not I’d describe the subject as serious, rather than fun. DYNAMO: a century of light and movement, the latest exhibit at the Grand Palais, seems to take contemporary art a step further, into the realm of fun, understanding how we view the world around us in 2013 (aka through smartphones). The exhibit first caught my eye through a series of metro posters with images of the works –  similar to the ones below – along with a QR code to upload your pictures to the official website, and the chance to win tickets to opening night. Despite having little expectations going into the exhibit as soon as I stepped into the first room, I had a good feeling about this show. And unlike many museums, this show begs to be photographed, and even has its own app you can download to help discover the works and upload your own images to be part of the collaborative memory of the exhibit. Puxan (star of yesterday’s Boarding Pass) joined me on Opening Night and we had a complete blast. (Isn’t great when an exhibit exceeds your expectations?). We thought it’d be fun to work on a joint post combining our images [A=Anne, P=Puxan] and sharing some of our impressions from the exhibit. I had Puxan share his impressions in French, so it’s not a translation, but rather our own thoughts and reactions. Throughout the show it was fun to debate, discuss, photograph, and spark memories inspired from the works around us. The exhibit is on now through July 22nd at the Grand Palais. It’s nearly two weeks later we’re still talking about the show and want to go back! 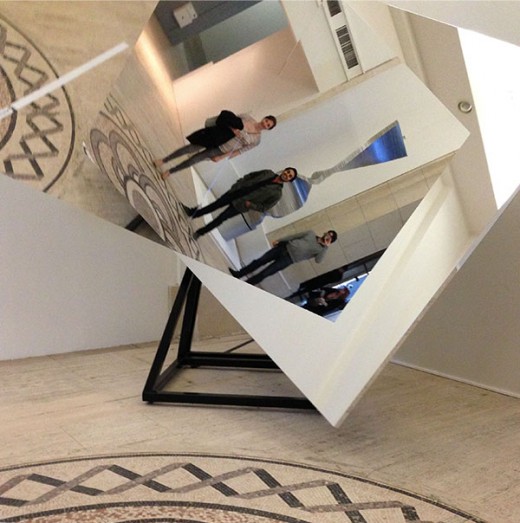 Getting turned upside down! Like with a lot of the exhibit you can’t help but giggle and smile. [A] 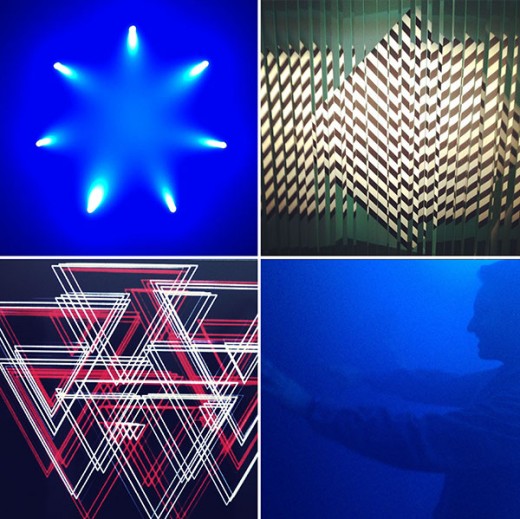 Warning: if you’re susceptible to seizures, you probably should avoid this exhibit. Light surprises you when you least expect it! [P/A/P/A] 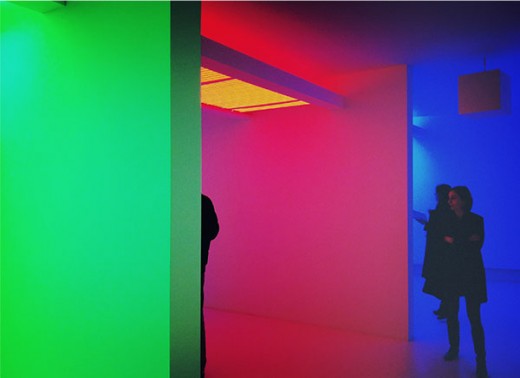 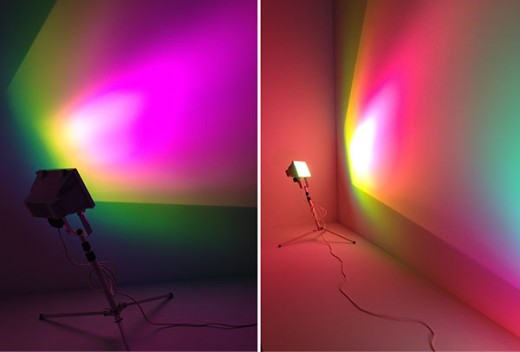 It’s like magic. Only one color comes out of the lamp, but as the two face each other, the spectrum of colors emerge. [A/A]

Sometimes you look at something. It changes. Is it you moving or is it the work changing? [A/A/P] 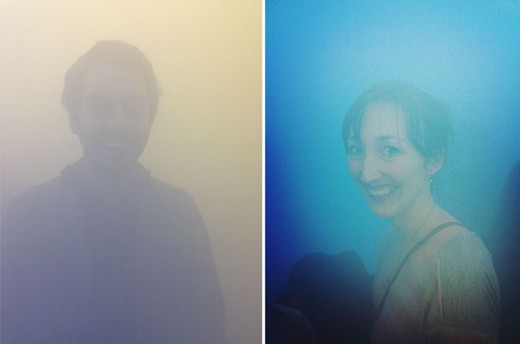 Mid-way through the exhibit you will encounter a line. This is the only line in France that I ever recommend you voluntarily stand in. As someone who has become more claustrophobic with age, the second I entered was a surreal moment. It brought back memories of eating in the “dark restaurant” in Berlin, and once again completely worth the experience, and eerie pictures. Go in any room throughout the exhibit you can, but this one is particularly worth it. [P/A] 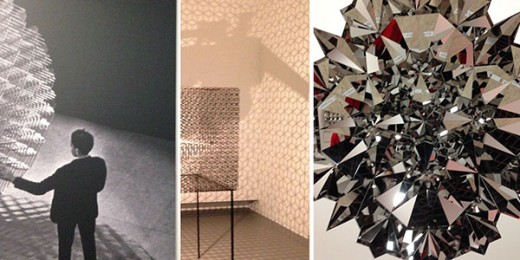 The way that light plays off of moving objects is fascinating. When you encounter the piece on the right look at it head on, and then from the side view. Mind blown. [A/A]

I like to refer to this one as the elevator, because you’re often in a mirrored space. I like how the woman is looking up from us from what looks like another level. 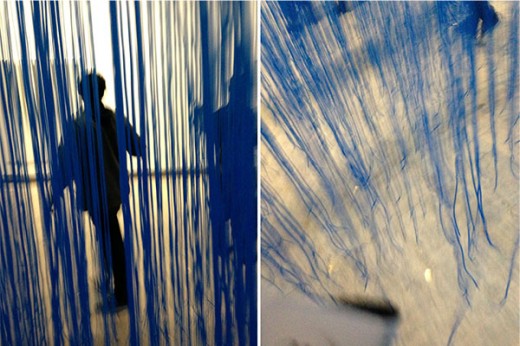 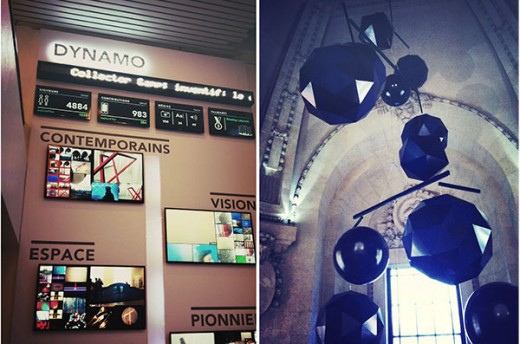 Before you go, there’s an app you can download. The signage out the way out showcases visitor images taken with the app, as does the official website. Make sure you block off about two hours for the exhibit. It seemed to go on forever – in the best way possible – when you reach the blue balls, there is still more. [P/P] 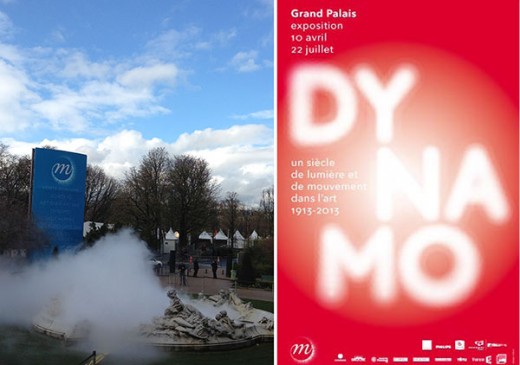 It turns out the smoking fountain out front was just the start. The exhibit is a refreshing way to feel like a kid again. In fact, I think kids would love this. [A]

DYNAMO is on now through July 22, 2013 at the Grand Palais. Tickets are available online. Take note that the Grand Palais has a lot of great stuff cooked up, including an American style drive-in cinema with Fiat 500s this summer!

Thanks, Puxan [P] for co-contributing to this post with images + en français!