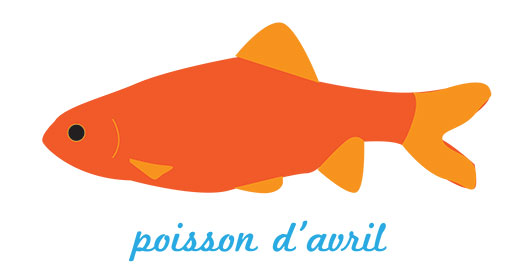 Today’s French Lesson is technically a day late, as yesterday was officially le poisson d’avril [the fish of April], or April Fool’s Day. According to this article, the holiday of pranks may have even started in France. I saw some really clever internet jokes yesterday, but I have to say that commenters were a bit of the party-pooper variety. It’s far more fun falling for it, even if it’s short lived. Stay tuned tomorrow – I’ll share my favorite April Fish!