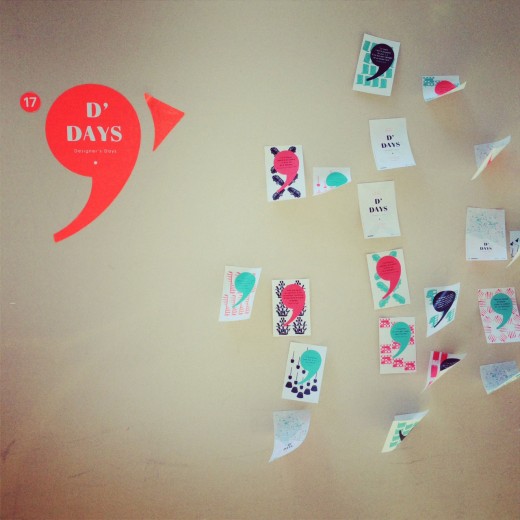 While yesterday was officially D-Day, otherwise known as Jour J in France, there’s another D’Days happening in Paris, and it’s called Designer’s Days. In conceiving the name I’m not sure they consulted a native English speaker regarding the association with WWII, nor for the use of the apostrophe (in French you don’t use an apostrophe for possession, and often find wonky translations because of it; if it were me I’d just call it Designer Days, yet clearly, the apostrophe is now key to their branding). But alas, the event is on now and happening through June 9th. The festivities – talks, open studios, tours and events – started a couple days ago so I thought I’d give you a glimpse inside a few of my favorite discoveries so far. It’s been an awesome excuse to uncover Paris of Paris I never realized existed. I’m even considering venturing to Pantin (up past Parc de la Villette) this weekend, as design openings seems like the perfect excuse. And even if you’re not in Paris this weekend, you can check out the website, download the map, and there’s even a D’Days app! While you can make a grand plan, I’ve concluded the best way to experience city wide events in Paris is just to happen upon them, go inside and let yourself get lost and discover. Also, if you see a printed program, pick one up. (You can kind of tell the website is a “translation” from the print program, so it’s not the easiest to understand at times). 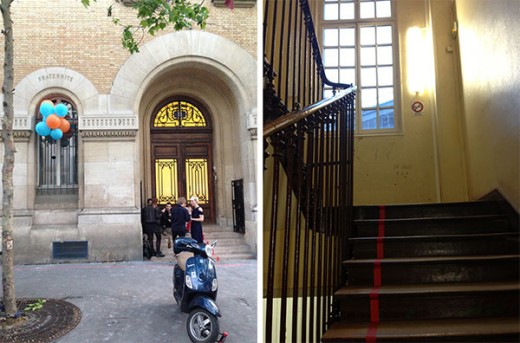 You know you’re in the right area when you see apostrophes on the walls. I’m not sure if the balloons will be around still, or if that was just an opening night thing. I happened upon Ecole Duperré, a school of applied arts – that I never realized was a design school (nor for high schoolers!) – on my walk home. It was 9:30 pm when I went in. Thankfully they had the magic red tape line to guide me through. 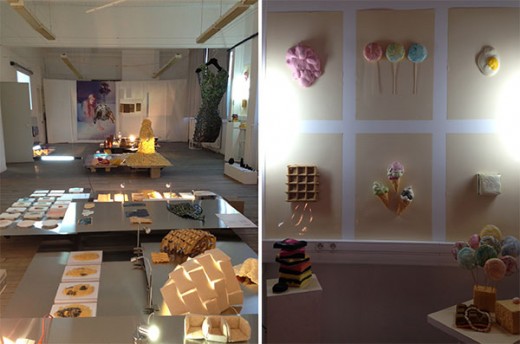 The student assignment was all about sponges in honor of the 80th anniversary of Spontex, and this show just made me smile. Someone even sewed hair into sponges like it was a weave. I found the sponge “sweets” particularly enjoyable. 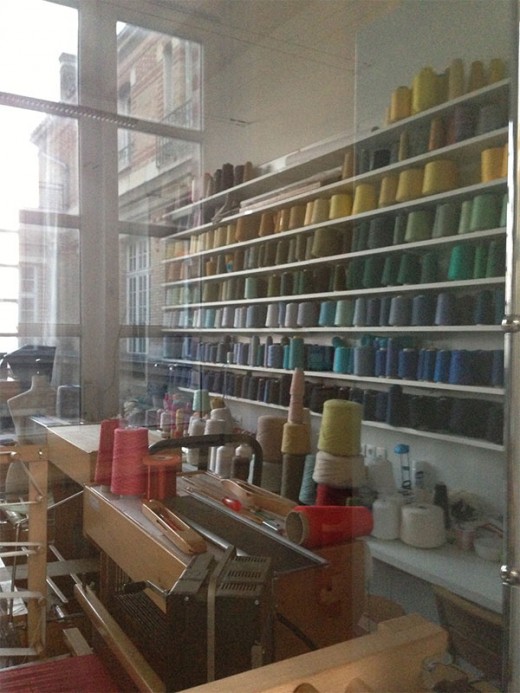 I accidentally followed the red line to a dead-end but got this peek into one of the weaving classrooms. Amazing. 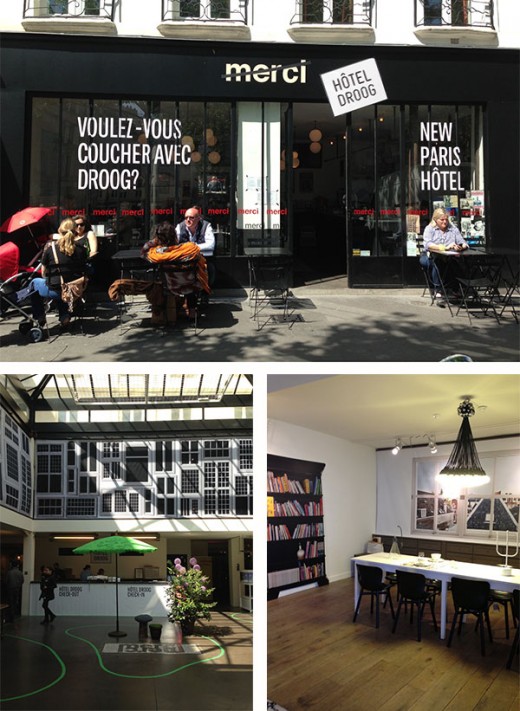 Merci is one of my favorite shops year round and is constantly changing every few weeks. For the next two weeks the concept shop is better known as Hotel Droog. Droog is an amazing Dutch brand, with a minimalist, yet clever aesthetic, and I fell in love with their store in Amsterdam, so I was very excited for this collaboration. While ultimately it is still a shop, there is one room and I have two lucky friends staying in it tonight!

Imprimerie du Marais was another exciting discovery. I was a bit disappointed the print studios weren’t open to the public (I really wanted a peek at the machines), but they did have the gallery across the street open and were giving away lovely posters with the theme eat – print – love. 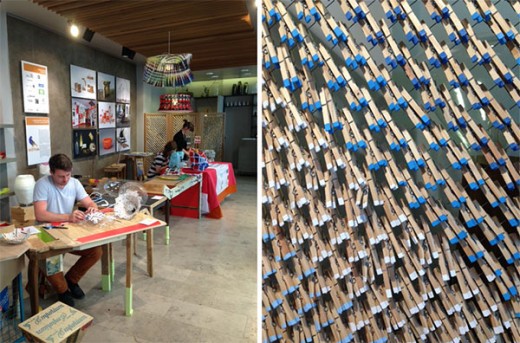 Galerie S. Bensimon in the 3rd collaborated with Wiithaa who specializes in upcycling in clever ways. There was a guy making lighting out of old metro tickets, and I love the clothespin screen and some of the furniture they created. There is also a 3-D printer on duty.

At Le Laboratoire in the 1st I saw my first ever olfactory phone. Yes, a phone where you can send smells! Crazy, right? There were several smelling stations to help virtually simulate coffee. I wasn’t very good at guessing. 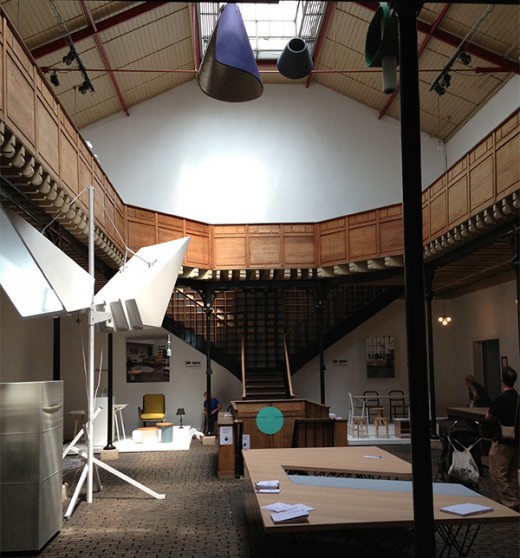 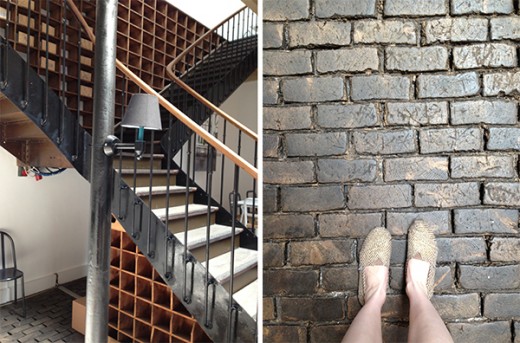 Tucked in the 11th, there’s a wonderful old space now known as the Bastille Design Center. Perhaps an old workshop? Those floors are made of blocks of wood.  The space managed to be mysterious to us, but we loved it, and everything inside. The table bench is by PROOFF. [3 images above] 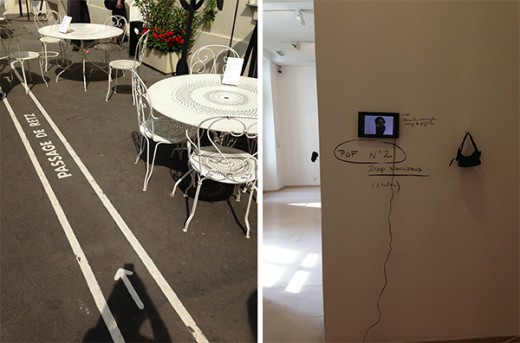 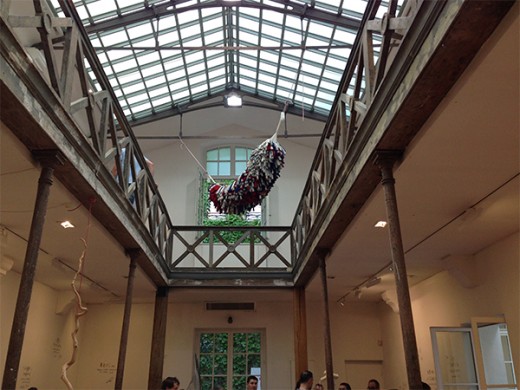 Hidden in the Marais there is Passage de Rez. You have to know where you’re going (and then follow the white path), but inside is a spacious wonderland of art-filled spaces. For the current show – which technically there are several – I particularly loved the loose, hand written nature of naming the works. [2 images above] 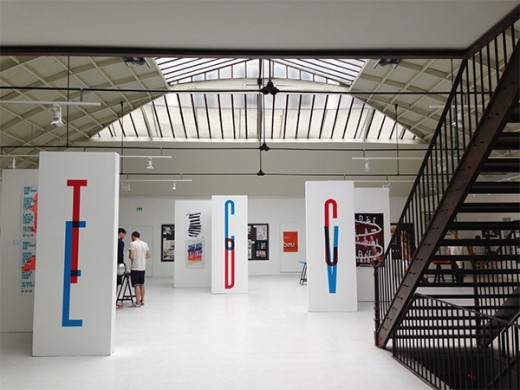 You can expect Type Director’s Club to be amazing. Just happens that Espace Commines in the Marais in one of my favorite light filled spaces in Paris. They teamed up with ECV – École de Communication Visuelle to make the show possible. 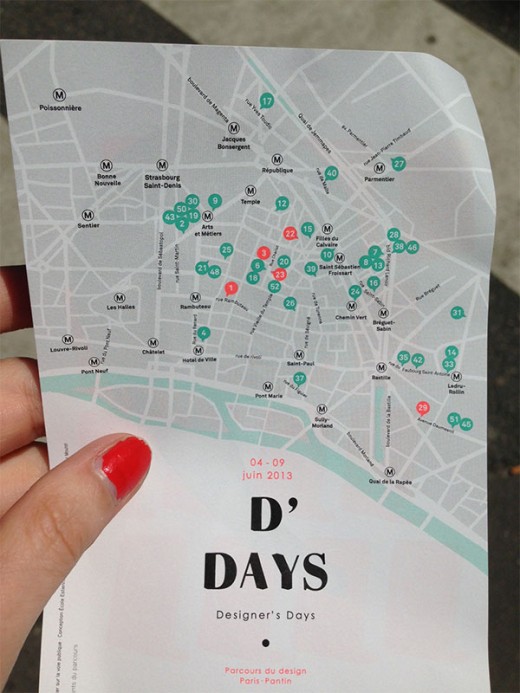