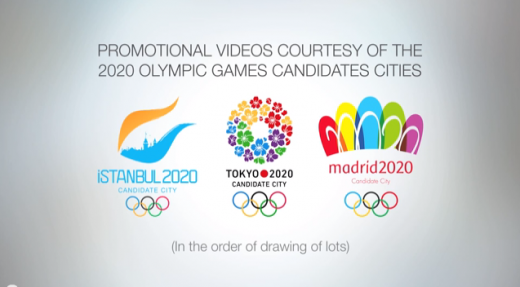 I’ve always been a huge fan of the Olympics, and this time last year I was in London to catch the games and spirit (see here + here), which was a dream come true. It’s hard to believe that the 2020 Olympic bids are already under way. The cities in the running are Istanbul, Tokyo and Madrid. Each candidate city put together a promotional video, which have been compiled into the video below. It’s a fascinating exercise in branding. If anything, these are proof of the globalized world we live in – from the choice of a Rihanna song for Istanbul to Tiffany’s getting a long cameo for Madrid. At times you see the images and forget where you are, as there clearly was an attempt to make each city relatable. I also think it’s interesting that Tokyo was the only city to put a bigger focus on sports, which afterall, is what the Olympics is about. All three videos are beautiful, but I’m still a bit torn. What do you think?

Did you see the 2018 Winter Olympics branding has been announced?