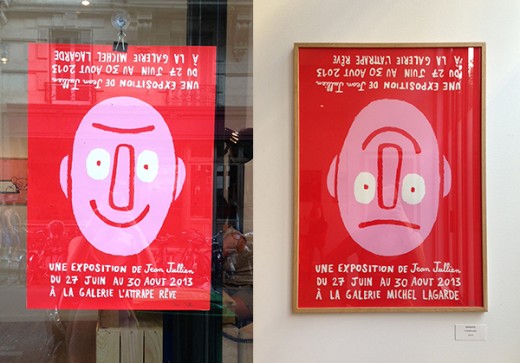 I first discovered the work of London-based French illustrator Jean Jullien through this blog post celebrating his recent UK show Allo? that humorously looks at our relationship with technology. With a little bit of digging, I soon realized that he not only has one, but two shows on in Paris at the moment. The double feature :-)/:-( is inspired by comedy and tragedy, and quite frankly has one of the most clever event posters ever (on his homepage the graphic even spins!). The more lighthearted pieces [start of this post] are at Galerie L’Attrape Rêve in the 11th, which is conveniently just a few doors down from Pure Café, for those who have seen Before Sunset. The “darker” side of the show is over in the 10th at Galerie Michel Lagarde, which you may remember from the Olimpia Zagnoli show I saw there. (The works from Allo? are also in display here, but aren’t the main event). I loved both shows, and judging from the pics I posted on Instagram, a lot of people are fans of Jean’s work. Even if you can’t make it in person (double show on until August 30th), be sure to check out his work online! 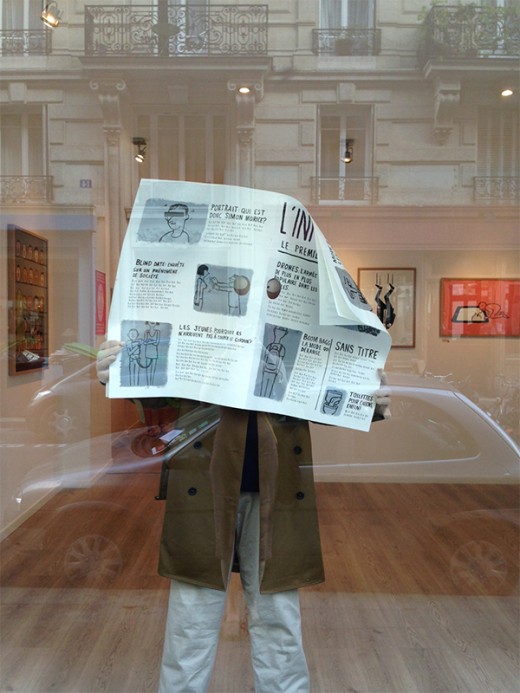 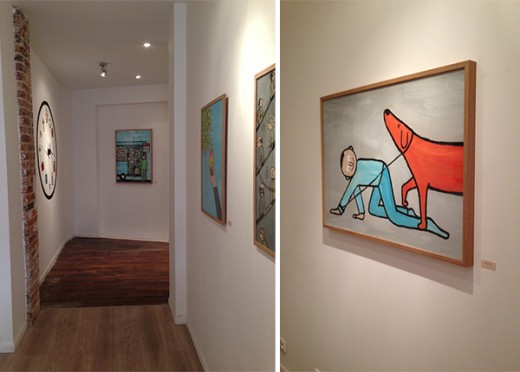 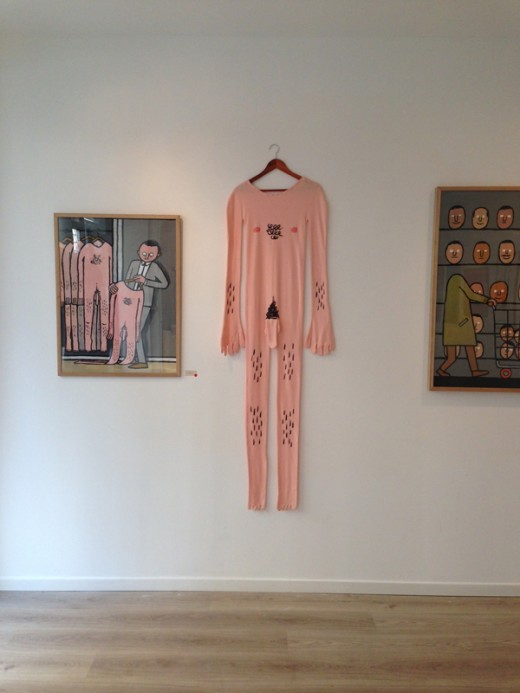 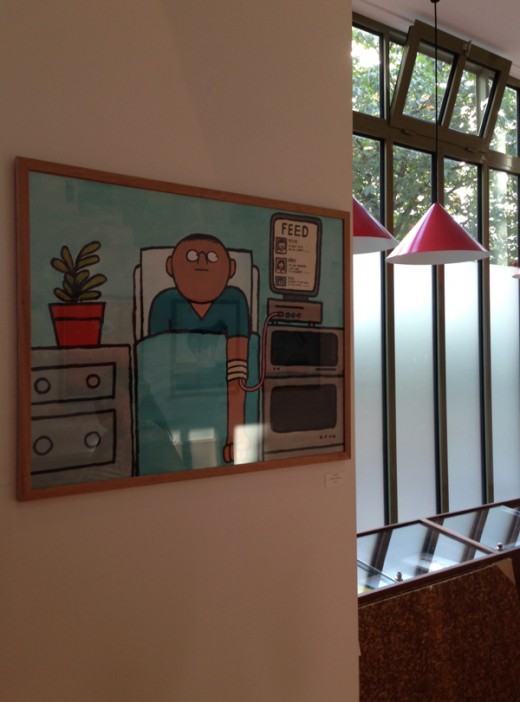 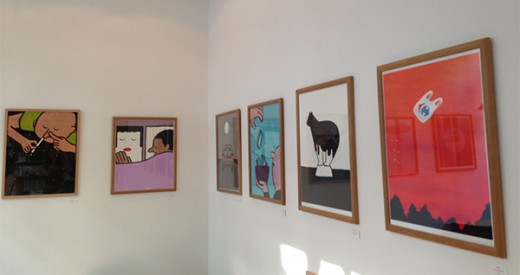 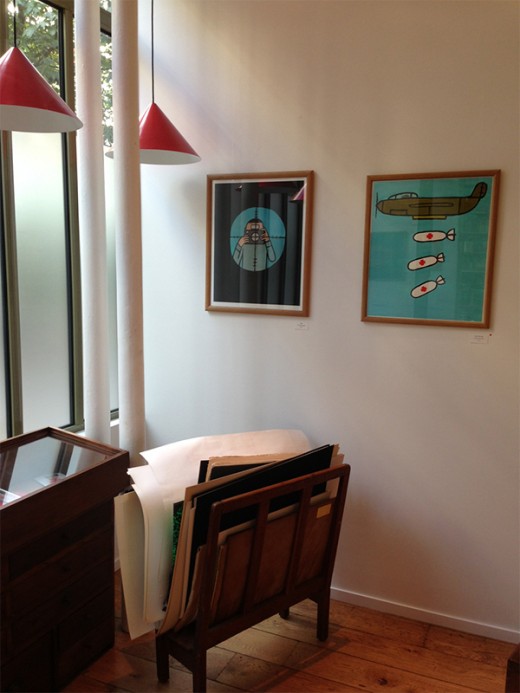 :-)/:-( is on in Paris until August 30th. You can see more of Jean’s work online at jeanjullien.com and follow him on Instagram at @jean_jullien.