A Memorable Thank You, Tattly Style 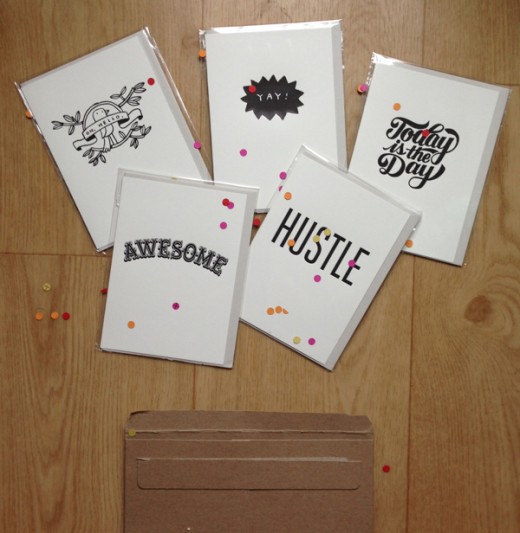 All semester I’ve been teaching a wonderful, and very international group of juniors at Parsons Paris. My class is called “The Designer/Entrepreneur” and we’ve been looking ways to build a personal brand, the basics of running a business, and creating “side projects.” Over and over I’ve returned to Tattly as an example. The Brooklyn based temporary tattoo company was started after Tina Roth Eisenberg (aka Swissmiss) was frustrated by the horribly designed tattoos her then 6 year old daughter would ask her to put on her. So Tina called up a few illustrator friends, and Tattly was born. While the idea of a temporary tattoo is not new, the approach and design of the company is fresh, but most importantly fun [note: the cards arrived yesterday in an envelope filled with confetti! I may have had to vacuum, but it totally made me smile!] A trip to their DUMBO HQ unveils a world of entertaining props (inflatable unicorn anyone!?!) and office supplies covered in googly eyes [see stapler below]. The other awesome reason to love Tattly is that every Tattly artist not only gets credit for their work, but also receives a percentage from the sale of each of their designs. Sounds simple enough, but sadly doesn’t enough in the creative industry, and is such a great way to support designers, in every sense. 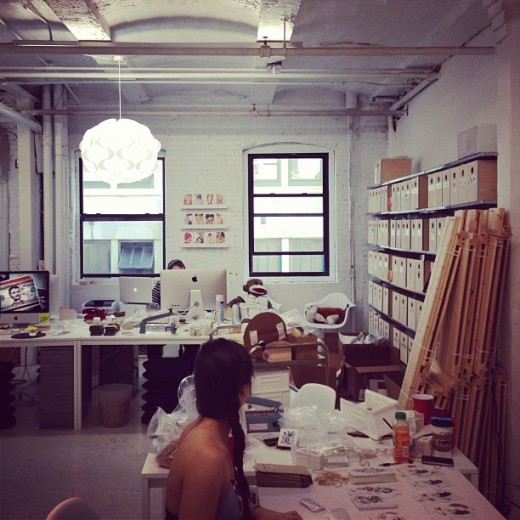 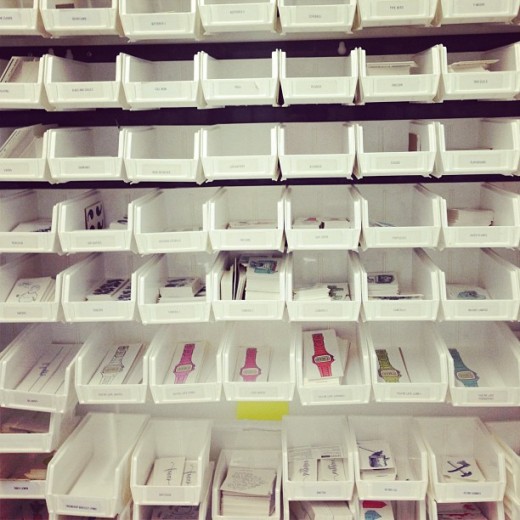 But I digress. The other exciting news is that Tattly has just launched a new line of letterpress printed cards. But they’re not just any note cards, they come with a Tattly inside! When I was visiting HQ back in October I got a sneak peek into the new line. “SO COOL” was my immediate reaction, which takes me back to the tales of my students. Just yesterday in class I was recounting tales of the importance of thank you notes. My first example was how I wrote a thank you note to the Apple store employee in Paris who spent hours with helping me get my images properly backed up. Customer service is quite rare in France, so the thank you note became extra meaningful. The irony is that he then found me on twitter, and then this week – months later – connected me to his sister who is studying tourism and interviewed me for a class project. Perhaps a more impressive example is that I wrote a thank you note to the wonderful Hotel Negresco where I stayed on an Air France press trip. Six months later I found myself being invited down to Nice again, but this time to celebrate their 100th anniversary. A pretty sweet reward for a simple thank you note, I do say. Now with the new Tattly cards I can hardly imagine what the power of a hand written note will lead to… 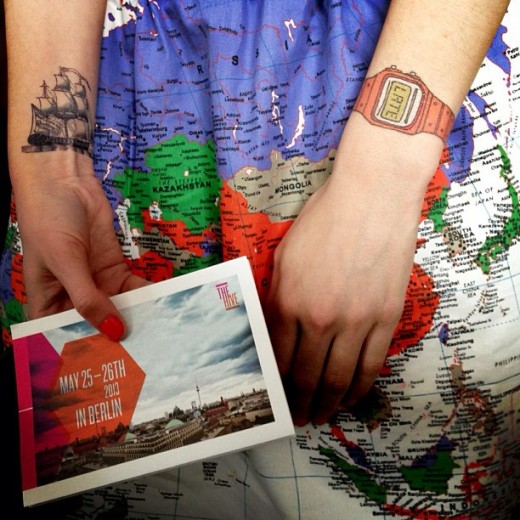 My uniform for conference season last year. A map skirt totally needs a ship Tattly, and a Julia Rothman “late” watch! The lesson: BE MEMORABLE + HAVE FUN! 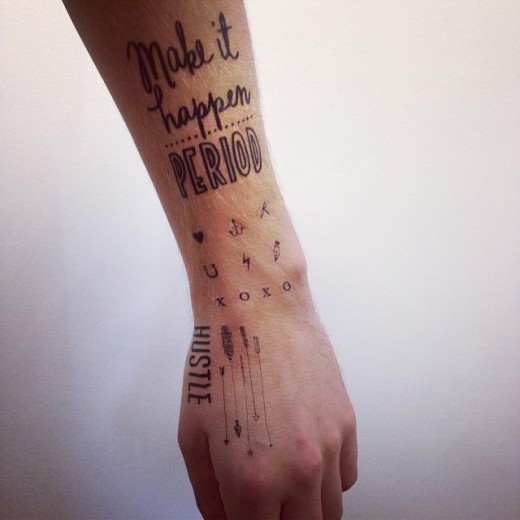 The other fun thing is seeing what people do when you give them a Tattly, or four. Less than 5 minutes after giving some to my Parsons Paris colleagues, Jasonpaul McCarthy, the Director of Fashion Design, came to find me and show him his new styling arm! Even if a real tattoo isn’t your thing, you have to admit the “just add water” kind only can make people smile! :)

If you’re in Paris, you can usually find Tattly at PopMarket in the 10th, Millimètres in the 9th, Colette in the 1st, and BonTon in the 3rd! (Let me know if there are any stores you’d love to see carry them, and I can bring by some samples!) Tattly also ships internationally. Scope out the full Tattly line here + Tattly cards here!

Worth the Wait: JR Inside OutDancing in the Deep End