The Future of Train Travel

Last week was an exciting week. In a last minute assignment, I was asked to interview the new Creative Director of Eurostar, Christopher Jenner. The story was for Fast Co.Design, and was coordinated with my editor in Baltimore, her editor in NYC, Christopher’s press woman in London,  myself in Paris and Christopher was in China where he was working on a couple other projects. (Thank goodness for Skype!). I seriously think we all deserved an award for pulling everything together in less than a week. (The article was also trending at #1 on the site for a few days which is really exciting). 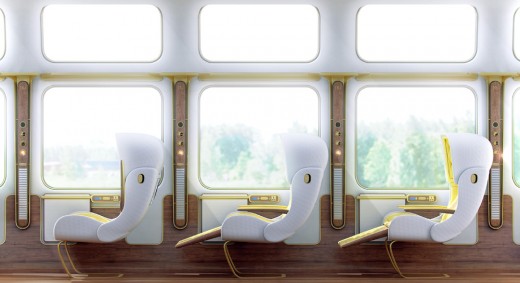 Christopher’s life is fascinating. Born in South Africa, he first discovered Europe through a 4-month train trip when he was 18. He’s been in London full-time – except when he’s traveling, which is a lot – since 1998, and opened his own studio in 2010. His work is centered around emotion and storytelling, with a high attention to detail and craft. The gig with Eurostar came about after a conversation with the CEO at an event (not some long drawn out applicant process!). I also think it’s awesome that Christopher will maintain his studio while taking on the new role as Creative Director for Eurostar, with the idea that projects are all mutually beneficial, even across realms and disciplines. You can read the whole article here. I for one can’t wait to see what is to come for Eurostar, and what it means for the future of train travel!

P.S. Check out this article my editor Elizabeth Evitts Dickinson wrote about this posters celebrating The Wire and the printing culture in Baltimore!