Worth the Wait: JR Inside Out 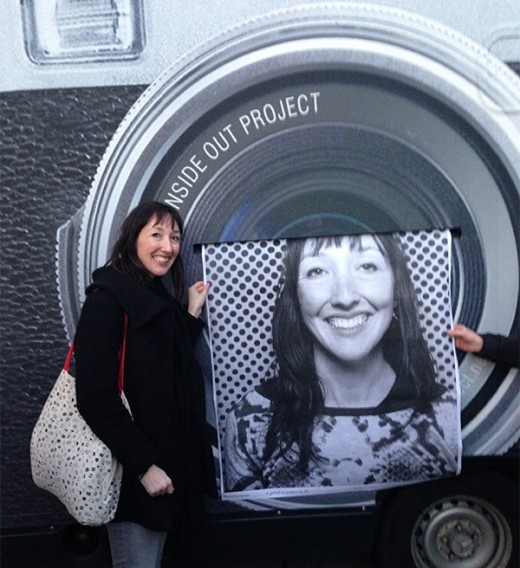 Something I’ve become very good at in France is waiting in line, and this weekend set a new record. I’ve learned to set my expectations low, but rarely are they low enough going into the situation. The Centre des Impôts [tax office] is one of the few exceptions in efficiency, but I attribute that do the fact that it’s because they’re actually taking your money, and lots of it. What Paris has to offer is lots of great stuff that is free though, and with the help of social media word spreads faster than ever. 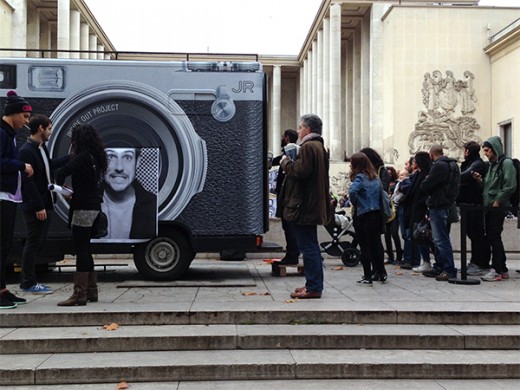 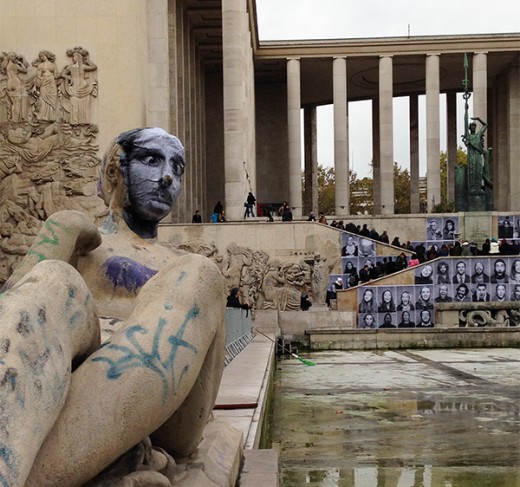 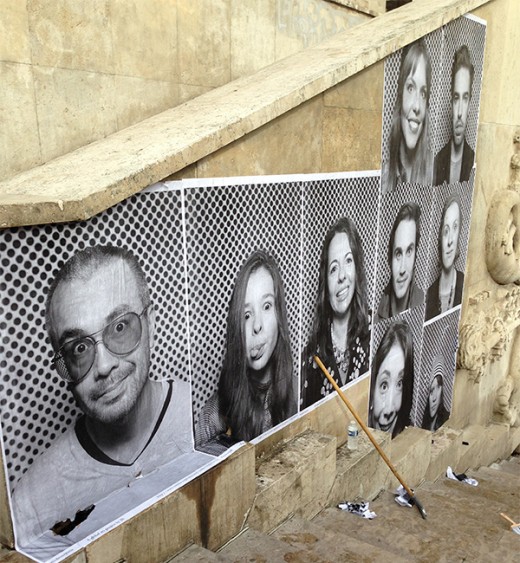 Last Thursday I tried to stop by the Palais de Tokyo (one of my favorite museums in Paris, and it’s open until midnight) to participate in the first day of JR’s #insideoutproject in Paris. I’d seen the announcement on Instagram, and made the note to get there early. It was a bit after 1pm when I got there, but the line – which reached around the fountain area, which tends to serve more as a local skate park – was already closed for the day knowing they could only see so many people through the photobooth truck. Instead I was happy to run into a friend and take pictures of the truck and project. I asked a girl how long she had waited, and she said they arrived 30 minutes before it opened and they waited 2.5 hours. I decided if I was going to do this, the wait would be more fun with friends. 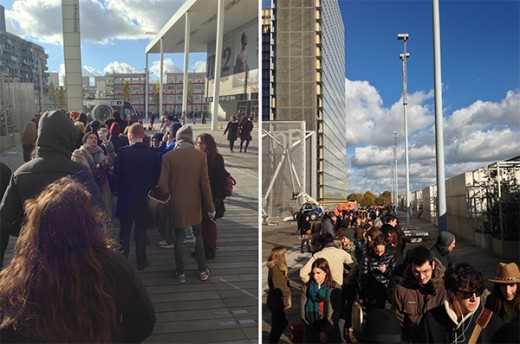 [left: line in front of us with photo truck clearly visible vs. line behind us, both trying to grab as much sun as possible to stay warm]

So you can imagine my surprise yesterday when my friends and I arrived an entire hour before the truck “opened” at 1pm to get in line. We started about 50 meters back so we were full of hope, especially as the line got longer and longer the more we waited. However, we never imagined that it wouldn’t be until almost 5.5 hours later that we would have our photos taken. (I beat my record of 4.5 hours waiting at the Préfecture, however, friends lately have clocked in at 5 hours and 5h45min for their recent status changes). While it looks like a beautiful day it was blustery and COLD (probably the coldest day we’ve had so far). Thankfully we decided to take a few shifts inside the MK2 movie theater, however, after about 3 hours our friend Lali had to call it and headed home. Ironically when she texted us much later, around 5:30pm, that’s when we had just gotten our pictures! Just as I’ve bonded with my line mates at the Préfecture, we definitely were friends with those around us in line by the end. 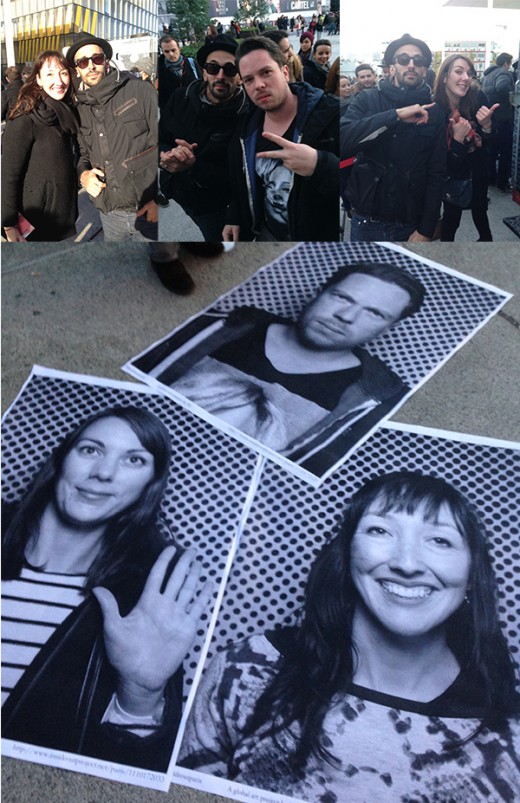 I got to hang out with my friends Sophie and Christian. They’re actually the team that shot my David Lebovitz video a few years ago

There were a few saving graces during this epic wait. First, I was with friends and got to speak French all day (which doesn’t happen enough when I work as at home as freelancer). Second, there was sun, and it was not raining. Third, JR was there himself so it was awesome, and he was really generous taking pictures with everyone. I had a super short conversation with him, and long enough to say thanks by giving him a Tattly photography set. Sophie and I were also able to keep ourselves entertained for awhile after spotting Mathieu Kassovitz – a friend of JR and big supporter of his projects – who I adored as Nino in Amélie (which is fun, having heard the film’s director Jean-Pierre Jeunet speak this week too). 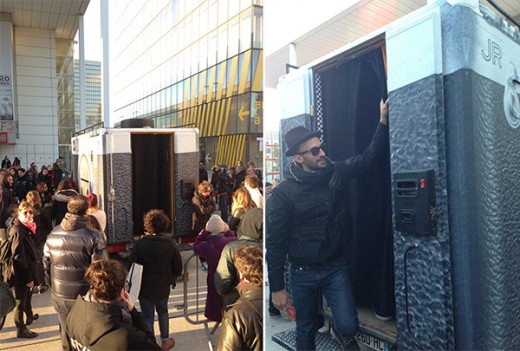 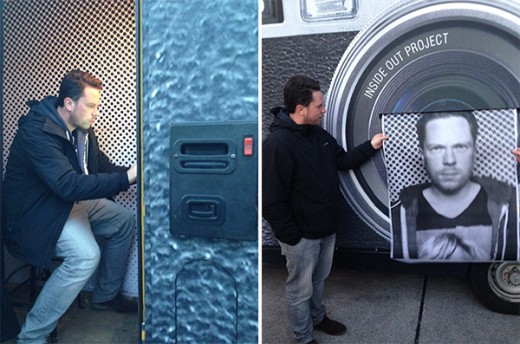 We also lucked out because JR was manning the photo booth when we got up there. We had been moving millimeters a minute all day (apparently there were some printer issues, slowing the process more than usual, but lucky for us it started working just in time). All I have to say was, JR was efficient! He was able to fit in a fan shot while we each took our picture in the photobooth housed in the side of the truck. Of course the irony was that we moved so slow all day and this happened so fast we all felt caught off guard (and wind blown) in our pictures. But we made it – barely, and just after the sun set. You can view all the portraits on the official Inside Out website. 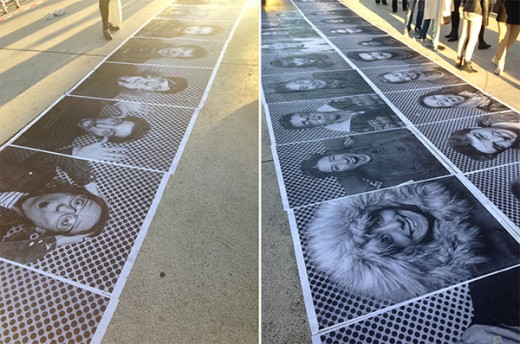 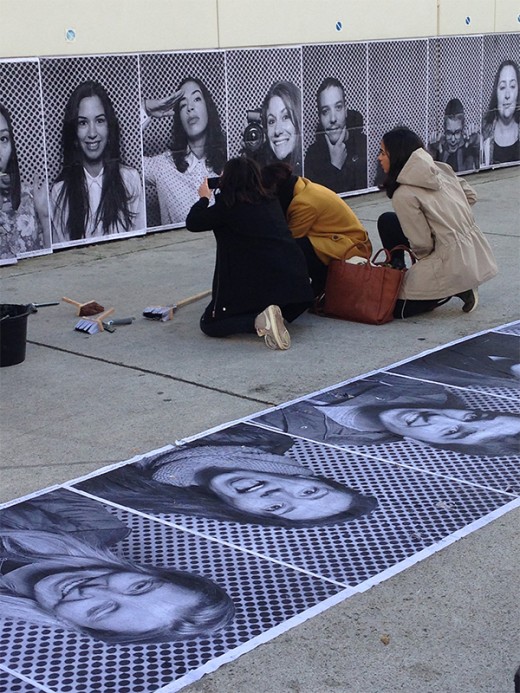 Inside Out is JR’s collaborative community project that is happening around the world that came about after his TED prize. I’ve seen it when he took over Times Square, as well as posting portraits along the canal in Pantin, just outside of Paris. There are currently at least two photo trucks in the U.S., and the truck will be at the BNF [Bibliothéque Nationale de France] today and tomorrow (even if you want to go see it and not wait in line). The best way to find out what/where the latest project is to sign up for JR’s newsletters, and follow @JR and @insideoutproject on Instagram, and @JRart on Twitter, as well as follow #insideoutproject. JR truly is a master storyteller, and his Instagram is one of my favorites because of that. Next up: Tuesday his latest film “Inside Out” premieres at the MK2 Bilbiothèque (in the US, look for the HBO special). Check out the trailer below: 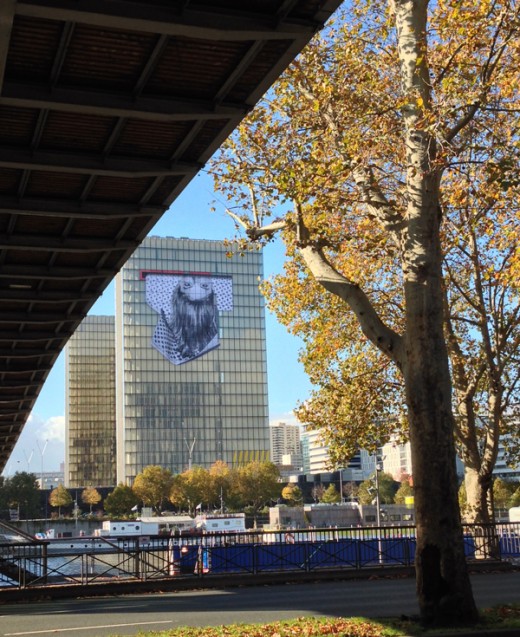 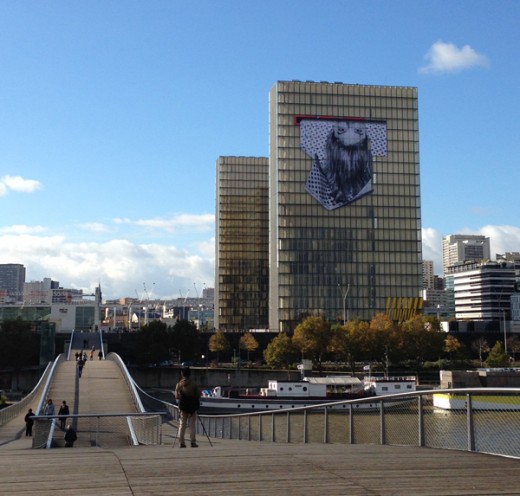 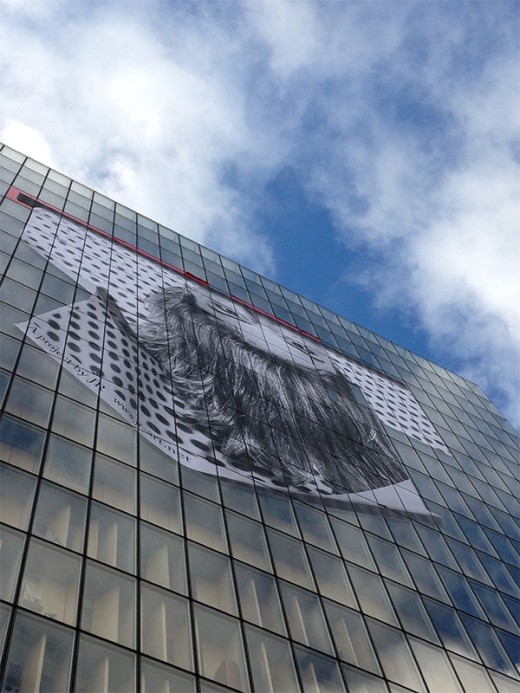 Also at the BNF [Bibliothèque Nationale de France] is a large-scale JR installation. I arrived via Parc Bercy and crossed the Seine over to the library towers. They still have a few more panels to add but it’s close! 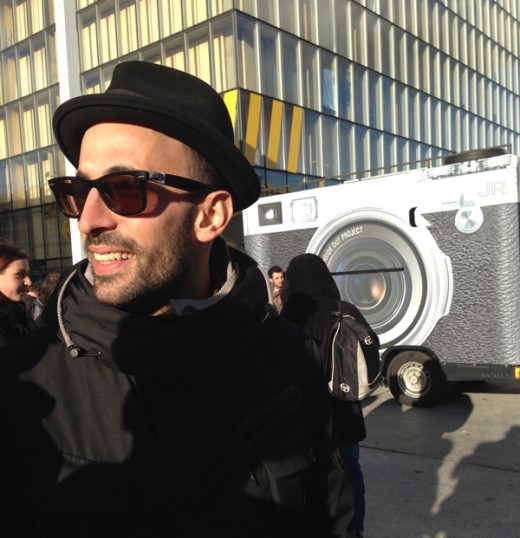 You know you’ve spotted JR if he’s wearing sunglasses (with small printed eyes where any brand name would go), and this black hat.

So while we may have been miserable and cold all day, we made it and only have good memories of the day. As the saying goes, what doesn’t kill you makes you stronger. If you have a chance, I highly recommend seeing this project in action in a city near you! Better yet, wait in line and become part of the project.