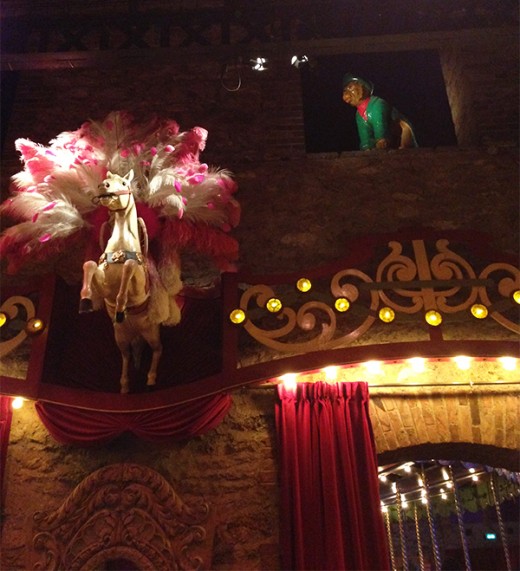 If you’ve ever watched Midnight in Paris you’ll understand Gil’s (Owen Wilson) fascination with Paris of the past. I didn’t realize that it was possible to still travel back to 19th century Paris until I took a recent trip to the Musée des Arts Forains in the Bercy area of the 12ème arrodissement. In fact, one of the party scenes was filmed here – you’ll recognized the cycle powered le manège de velocipedes below, as well as the swinging boats in the background. This “fun fair” is more like a ghost town most of the year, and only open for private tours, but for two weeks around the holidays they open their doors to the public. The entrance fee is 12€ for adults and 5€ for kids (cash only), which includes one ticket for an “amusement,” whether it be a ride on the carousel or a game of the waiter chase, with additional tickets for sale for French onion soup or a vin chaud. While the rides won’t be up and running during most of the year, I still highly recommend trying to get on one of the private tours if you can’t make it before January 5th. It probably will be easier to photograph then (it’s really low light if you can’t tell by the photos) without all the crowds. However, one of the joys visiting during their annual “Festival du Merveilleux” in the winter is seeing how excited and engaged all the kids – and adults are – without their typical iPad and video games. Great fun and I can’t wait to go back [in time]! 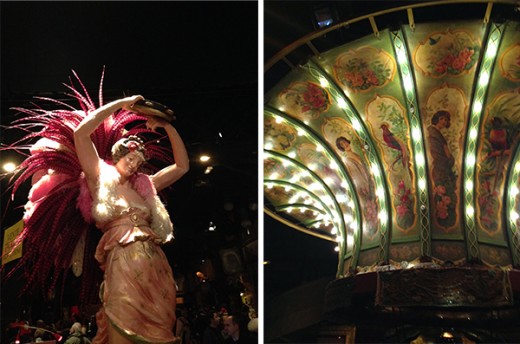 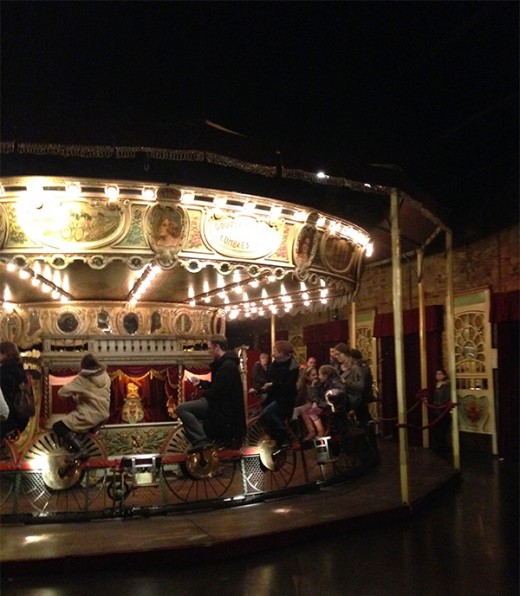 This ride dates back to 1897 and once the ticket taker has all the tickets he gives it a good push and then it’s human pedal powered from there. It’s kind of amazing how fast it goes! (Check out the Vine below). 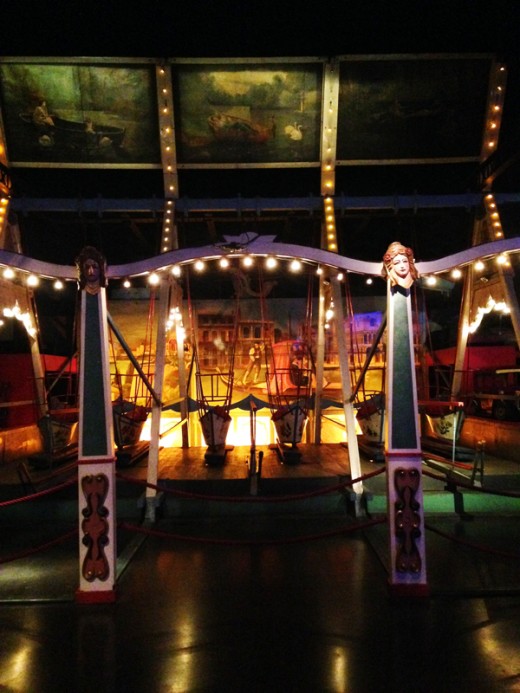 I suspect this Venice boat swing is a bit old for current usage, but you can catch it in the background of Midnight in Paris. I didn’t mind thought – it’s still fun to see and think about how much rides have changed over the years. 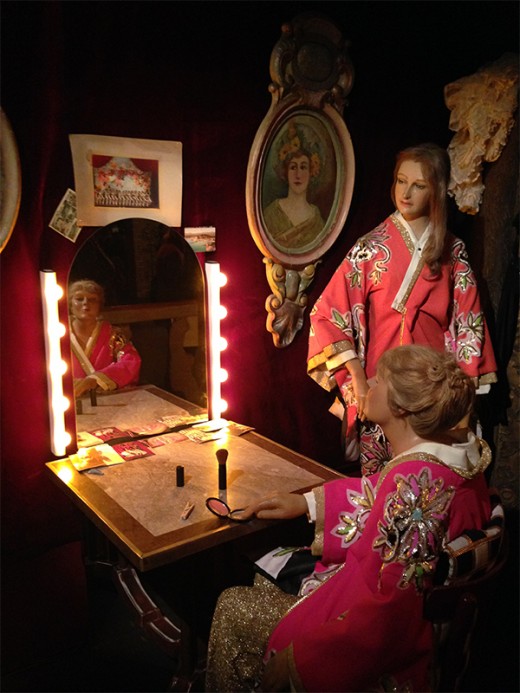 Somehow being a show girl back in the day seems far more glamorous than now, non? 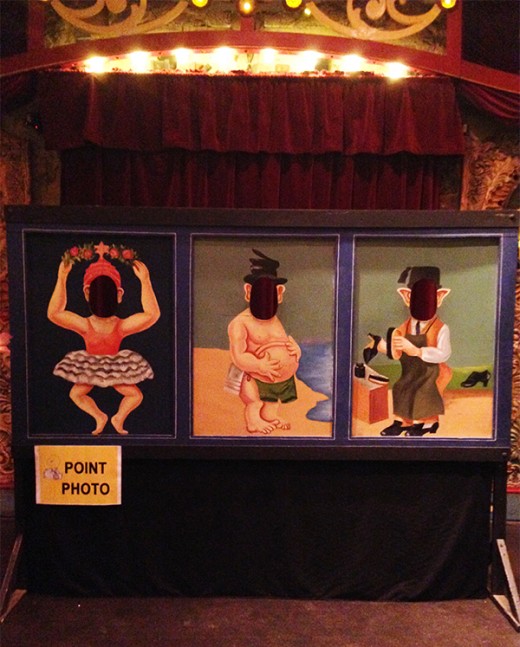 There are several “photo points” throughout the museum for a good laugh (or a new profile picture!). 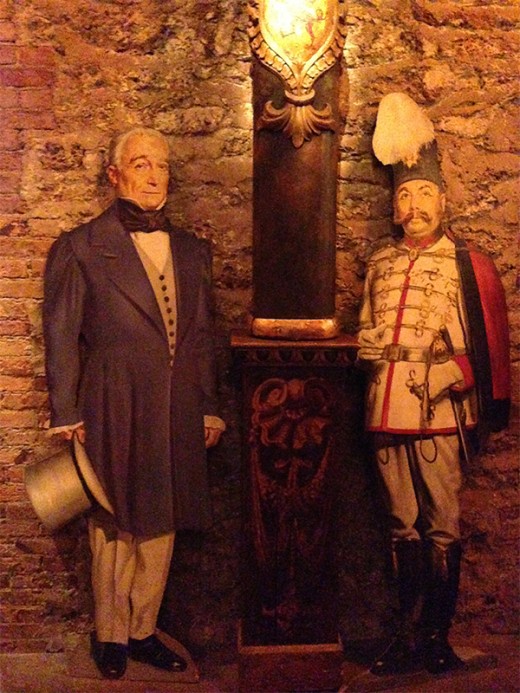 Unfortunately none of the crowd the day I went was quite this put together. 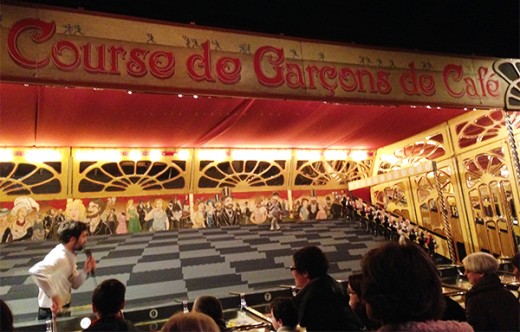 This is one of those games where you toss the ball and try to get it in certain holes which moves your waiter (top right). It’s a “newer” game that dates back to the 1960s. 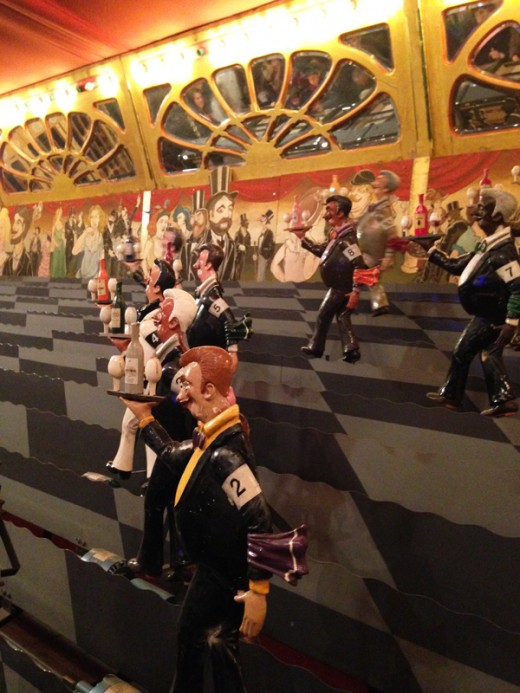 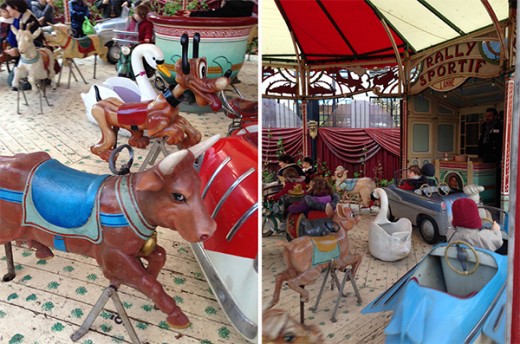 Only the tea cup in the center moves on the platform as it goes in circles, but “Rally Sportif” sure is cute! 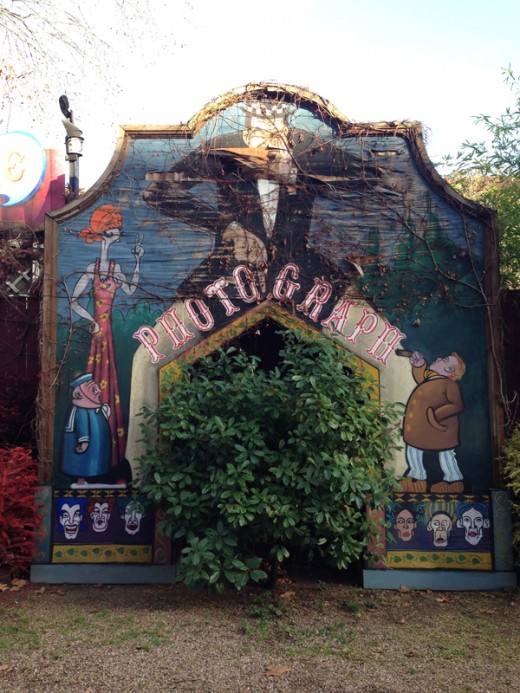 I was in heaven with all the hand painted signage! However, this photographer looks a bit intimidating. 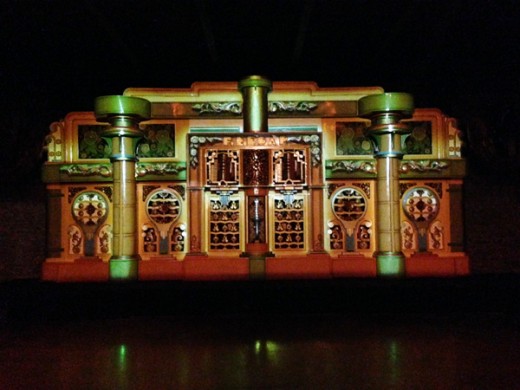 This is like a light show that comes alive and transforms. 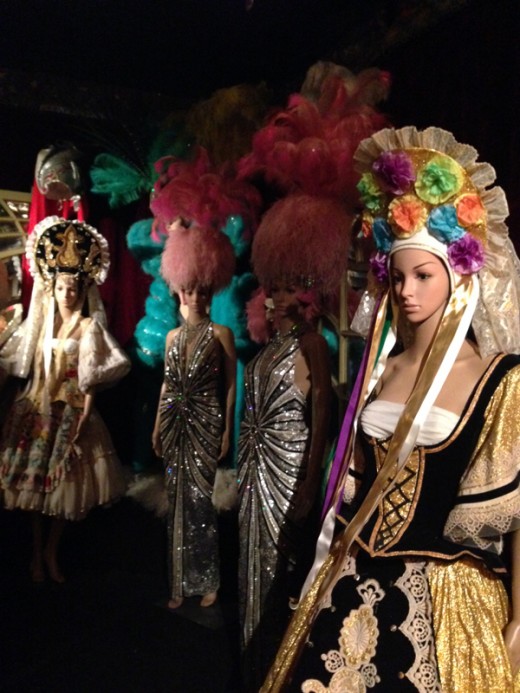 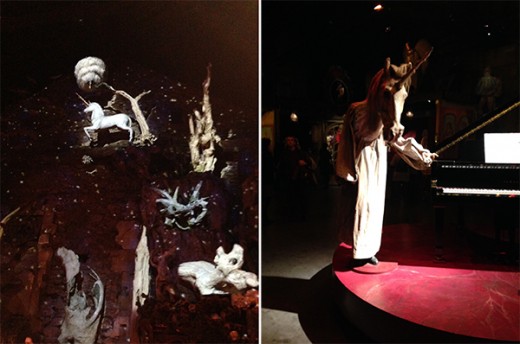 The photo on the left is a unicorn game that asks you questions! (There are people working the games during the Festival). 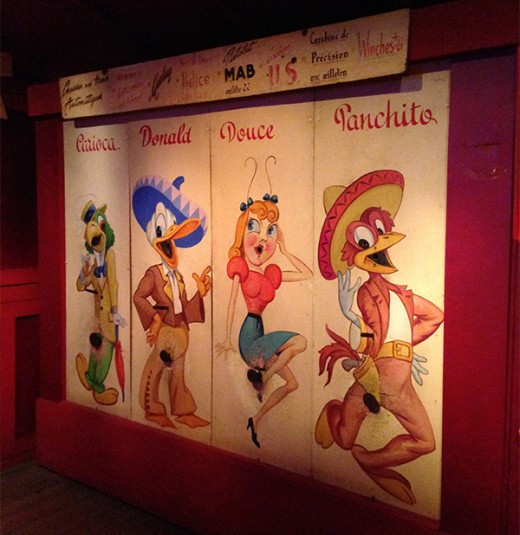 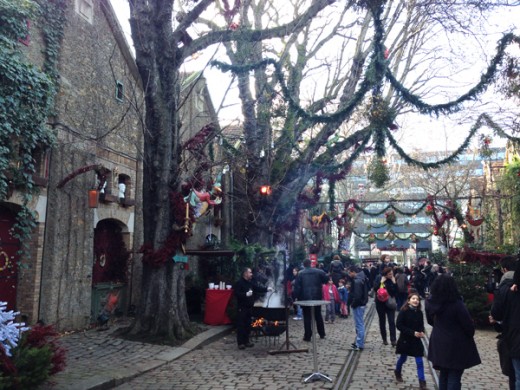 The museum is housed in a few buildings. In the courtyard you can catch some fresh air, and enjoy a warm snack on a cold day. 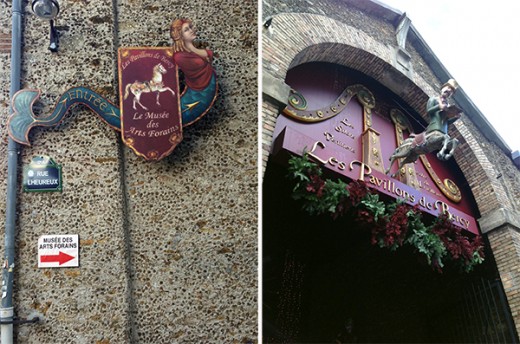 For another look inside check out Meg of De Quelle Planète es-tu? (she went on a private tour) and Lauren of Folies du Bonheur‘s posts!

If you’re into movie locations, also check out Set in Paris movie tours that will take you past many movie locations in central Paris in the comforts of a luxury tour bus where you get to enjoy movie clips along the way. I went on in this weekend and it was fun to experience the city in a new way!