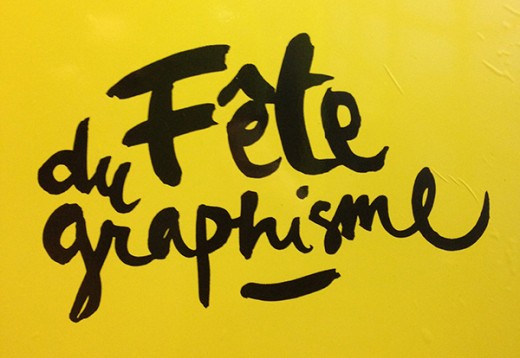 This year marked the inaugural year of Fête du Graphisme, a festival celebrating graphic design (graphisme = graphic design). It kicked off a couple weeks ago with Paris-themed posters by designers around the world appearing in place of advertising at bus stops around the city. There have been various events, projections and happenings around the city, and most notably a large temporary expo at Cité de la Mode et du Design along the Seine in the 13th (the large snake like building, which is also where Wanderlust happens and where the new digital/entertainment Musée Art Ludique is housed). It features 350 posters from designers on 45 countries and five continents, a “tour de France” of young French designers (a personal highlight in my opinion), 150 underground American “gig” posters, and more. The show is quick and fleeting – only on January 30 to February 2nd, but many of the posters are still on view near Champs-Élysees Clémenceau and Concorde through February 5th. I’ve long been inspired by the posters I see in the Paris metros – particularly for French cultural institutions – so it was such a treat to get a peek into who is behind many of these works, and some of my favorite products too. There is also a book commemorating the event (it’s 39€ but I’ve been pouring over all my new discoveries!). The expo is free and open to the public.

Don’t miss the Vine at the end of the post for a fun tour :) 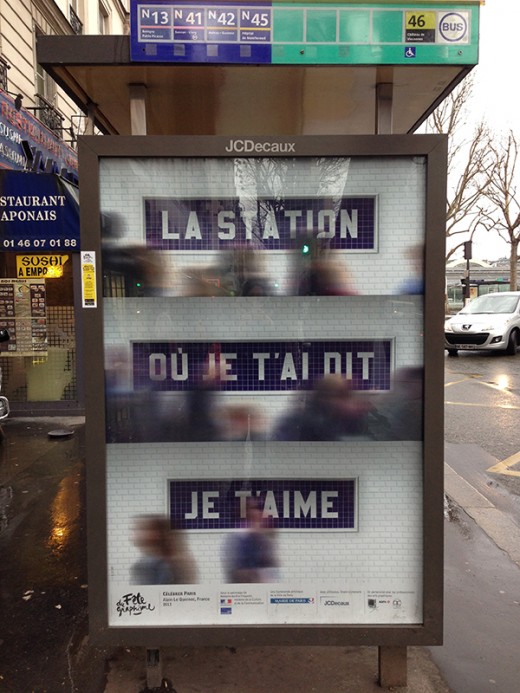 “The station, where I said, I love you.” By French designer Alain Le Quernec. 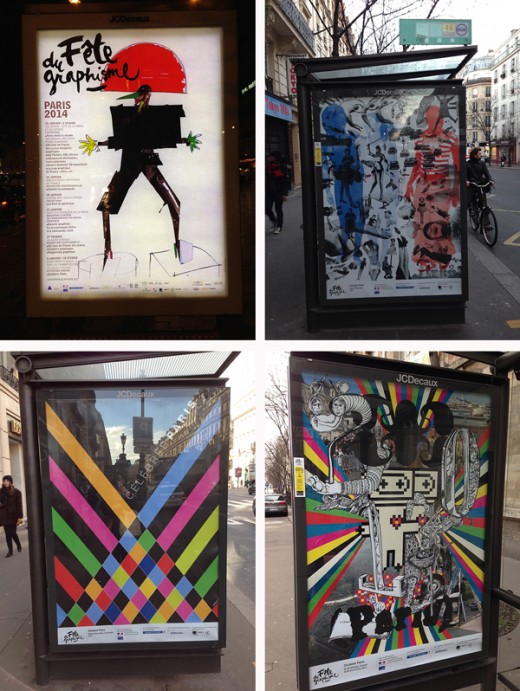 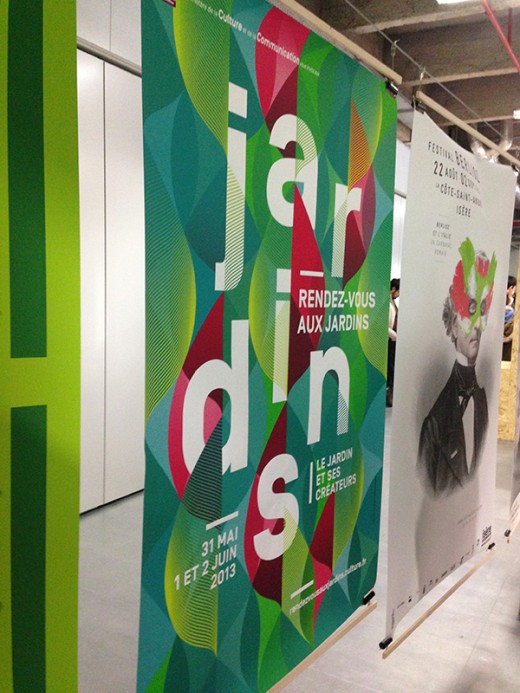 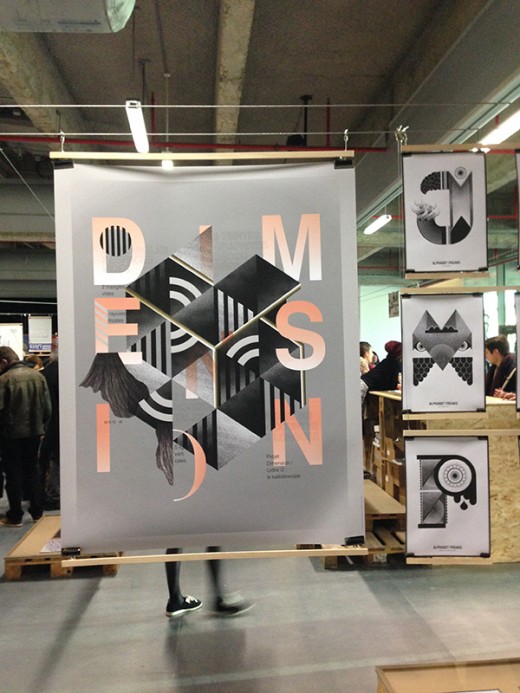 Poster by My Name is Wendy. 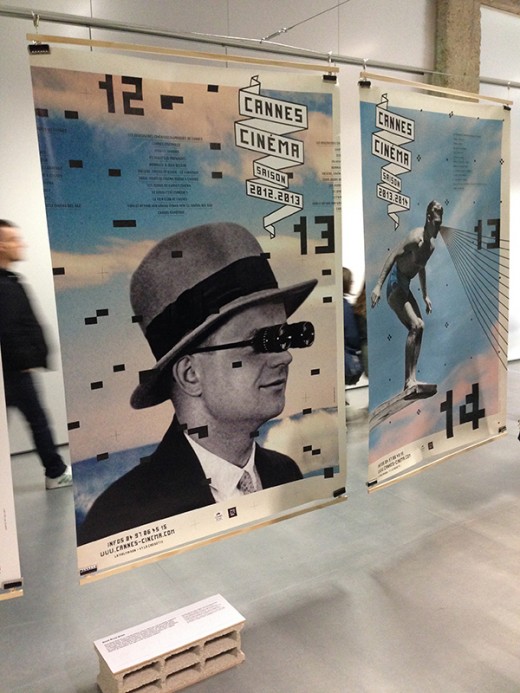 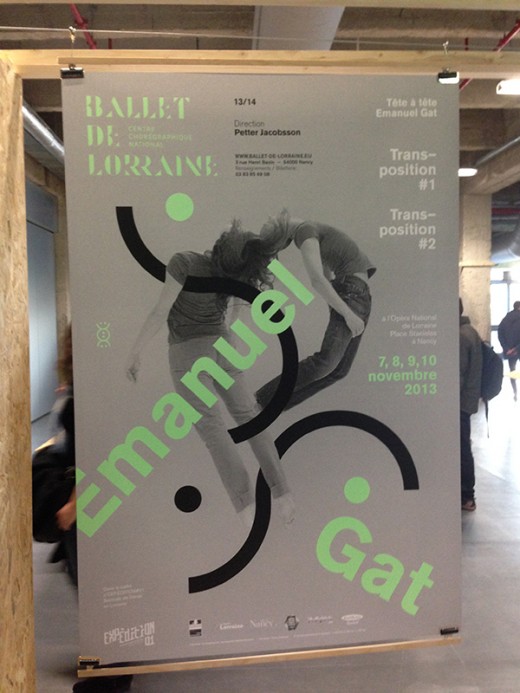 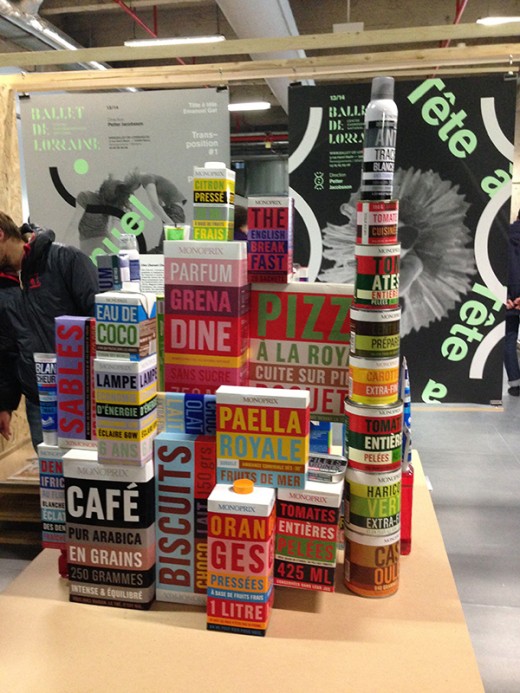 Anyone who has been to Monoprix has seen the work of Cléo Charuet aka Cleoburo. 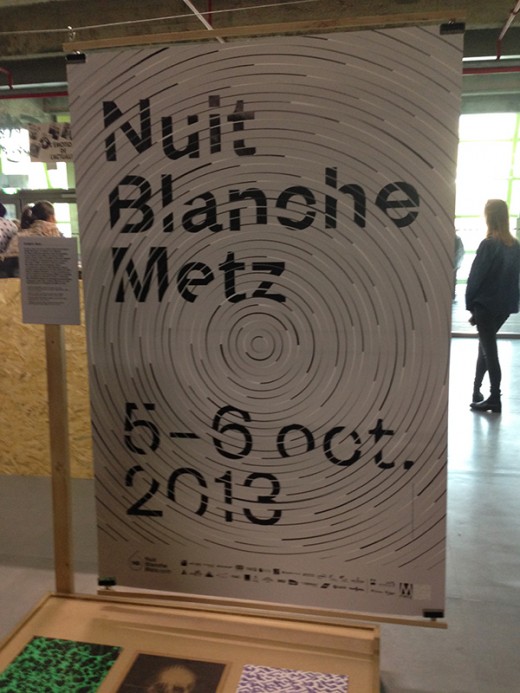 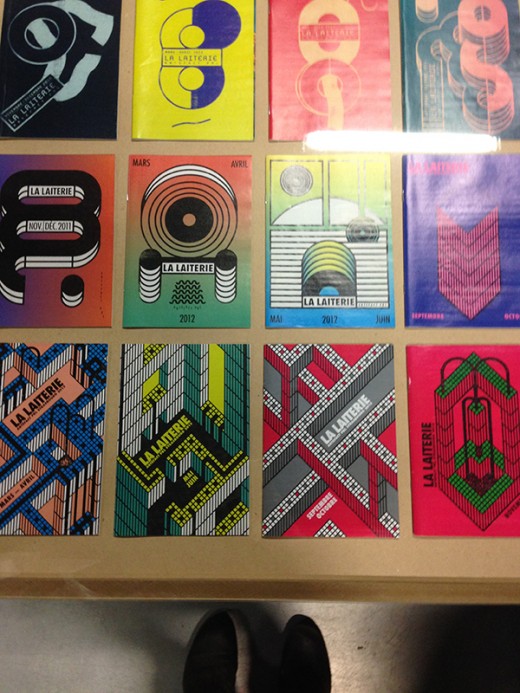 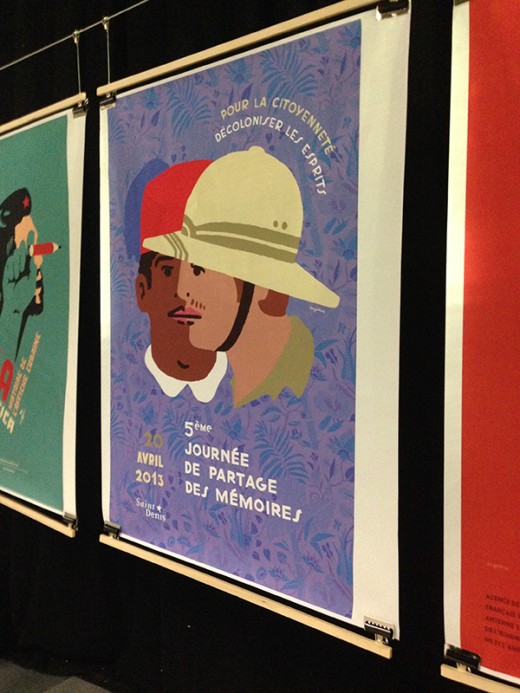 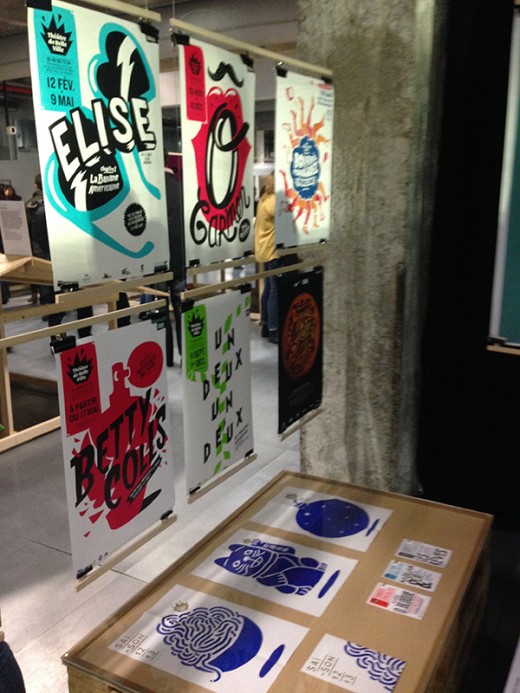 Pierre Jeanneau caught my eye with his work for Théâtre du Belleville. 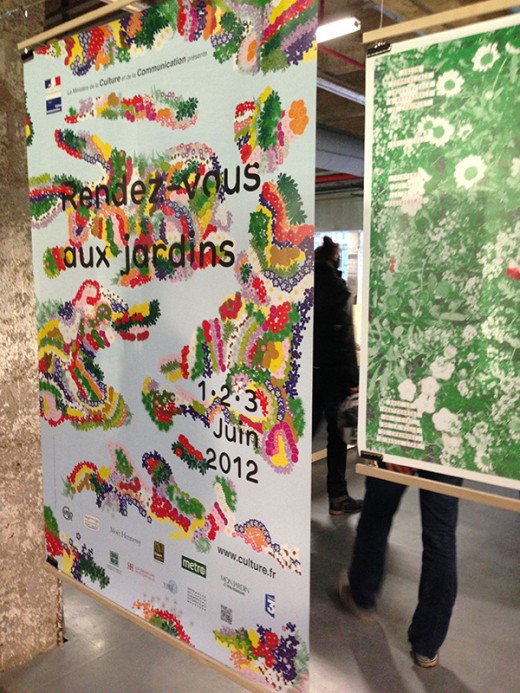 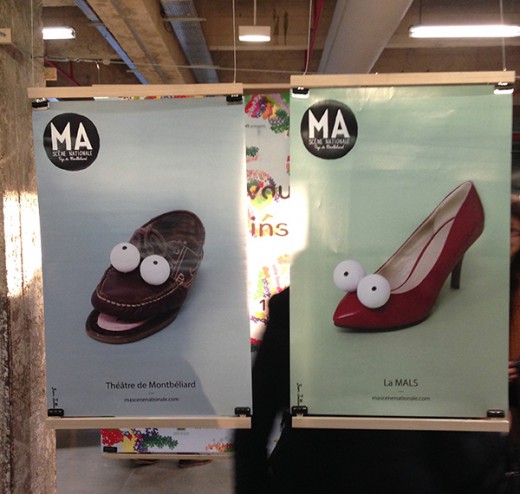 The work of Jean Jullien is always amusing. (Remember this expo I went to?) His instagram is also one of my favorites @jean_jullien. 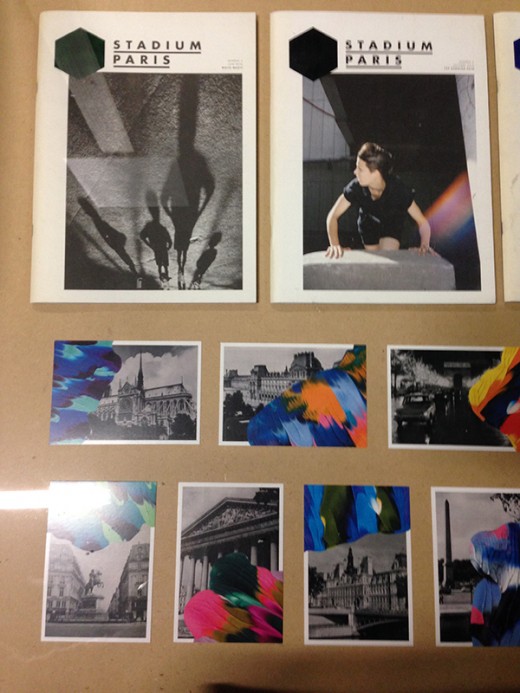 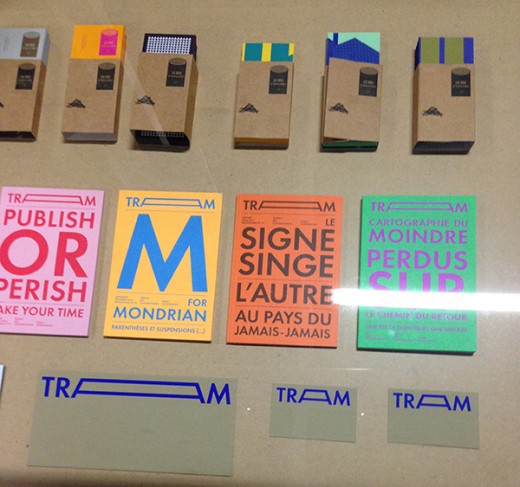 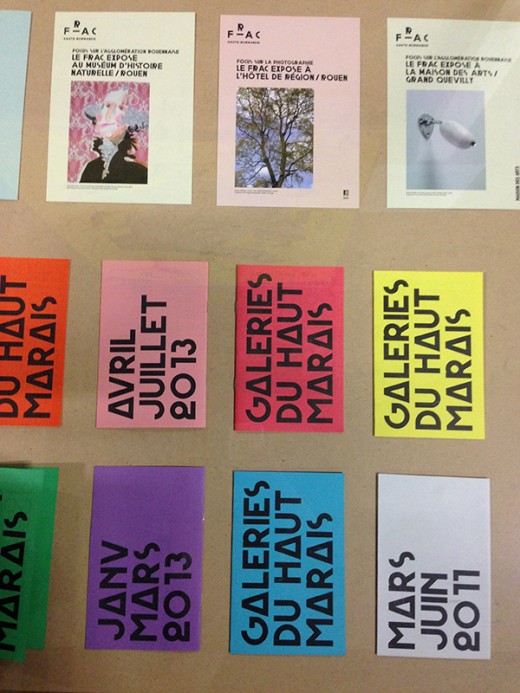 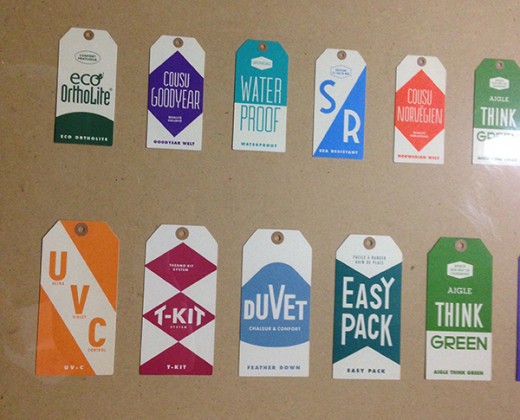 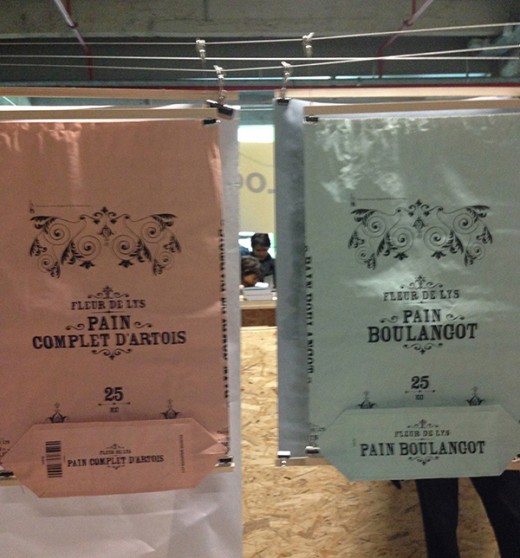 Packaging design (2 images above) by Les Bons Faiseurs. They’re also behind many of the wine labels for Nicolas. 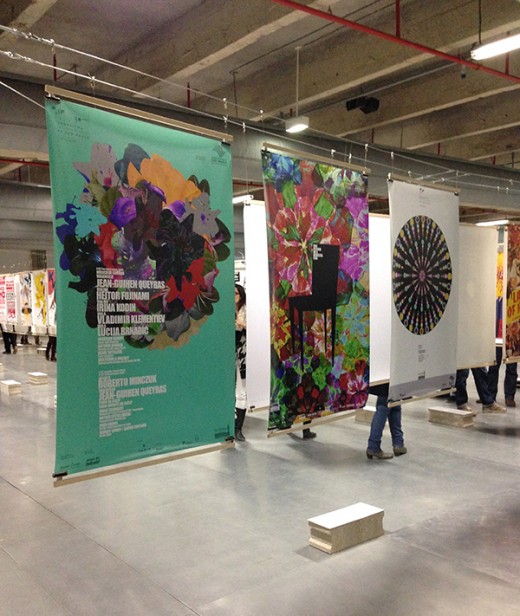 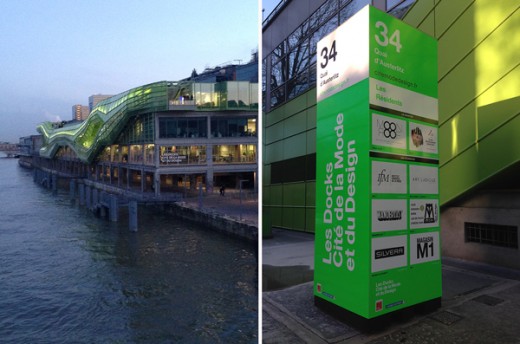