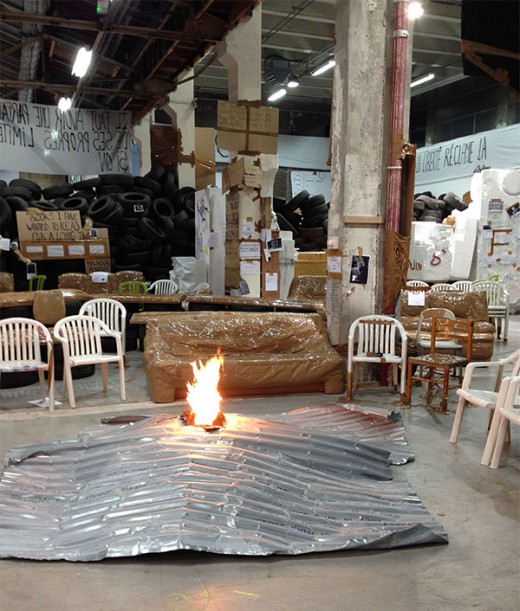 I’ve been raving about Thomas Hirshhorn’s Flame Éternelle at the Palais de Tokyo ever since I went a couple months ago. Then I went back again a few weeks ago, and loved it just as much. Both visits I went with friends and it felt like some kind of awesome retreat where we got to be kids again, which is odd to say in an environment surrounded by thousands of tires, crazy print outs, couches covered in brown packing tape, and styrofoam for carving. When you first get there you don’t really know what we’re getting into until you’re in this “artistic trash yard” (if that’s even the right way to explain it). You enter through sets of tires, and it’s a bit of a maze. Eventually you encounter a “bar” – amongst the packing tape covered couches and tire swings – that sells cheap beer and hot dogs! Having never encountered a bar in an art exhibit before I had no idea how awesome this was! We sat and chatted amongst the tables graffitied in markers with sayings such as “in tartiflette we trust” it became a time to relax and unwind without the typical distractions of every day, but instead you’re passively encouraged to start making things and adding to the exhibit just from being in that environment. Behind the next wall of tires there is the “styrofoam room.” Just as amazing as the carved styrofoam shapes, figures, creatures and oddities was the fact that there were saws hanging around the exhibit (how else are you going to carve!?!). It all may sound strange but I can’t tell you how much fun I had during both visits to this exhibit, seeing how it had morphed between my visits, and just unwinding and doing something different with friends. This year I treated myself to a Palais de Tokyo membership, and it continues to be one of my favorite places in Paris. The best part is that it’s open until midnight, but I also love their restaurant, Tokyo Eat. If you want to check out Flamme Éternelle, go fast. The show ends Monday, June 23rd! GO, GO, GO! You can also visit the website created for the project online. 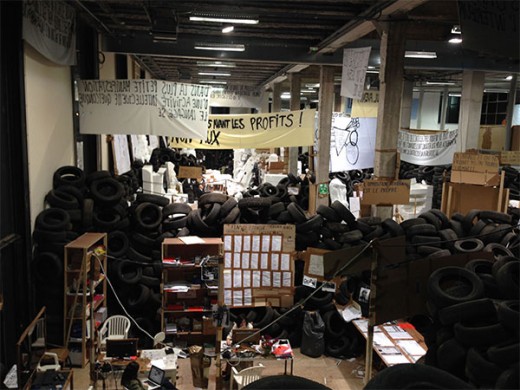 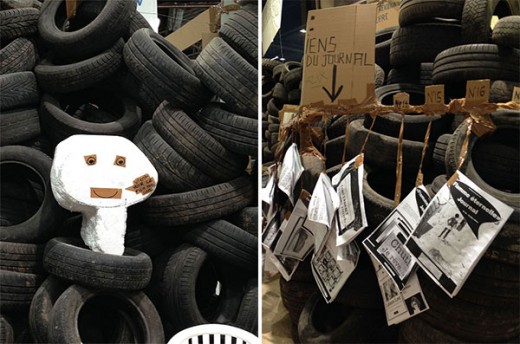 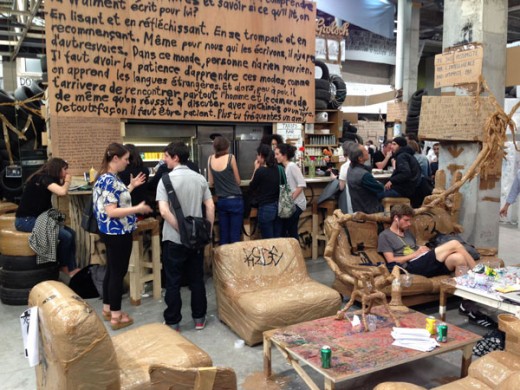 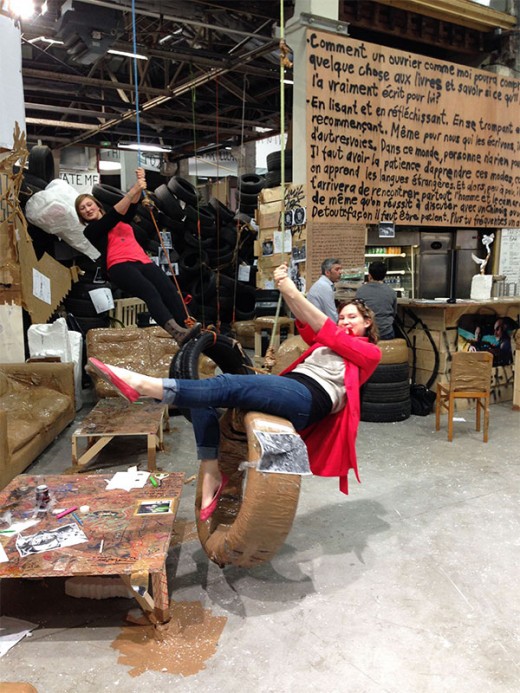 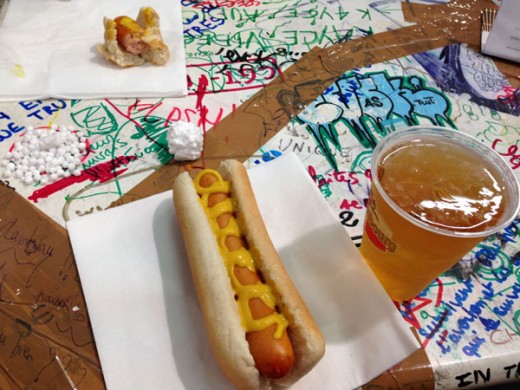 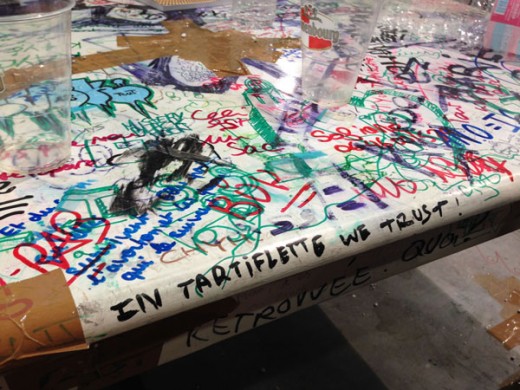 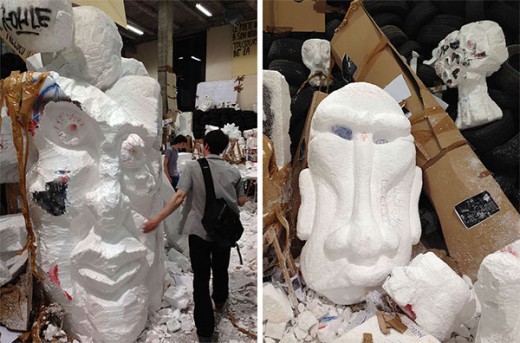 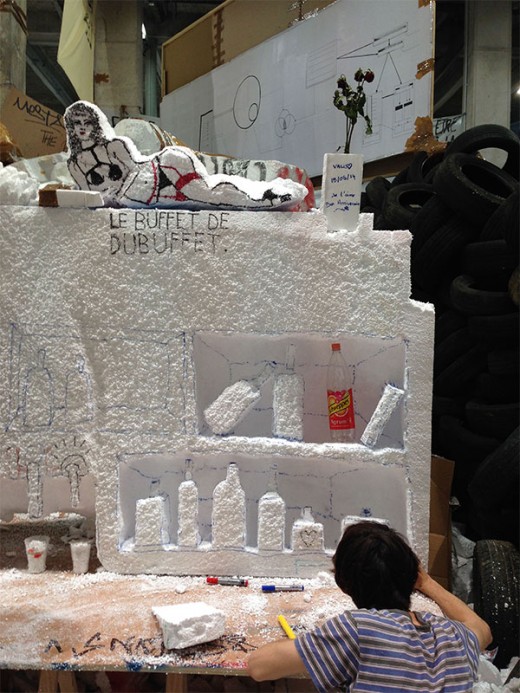 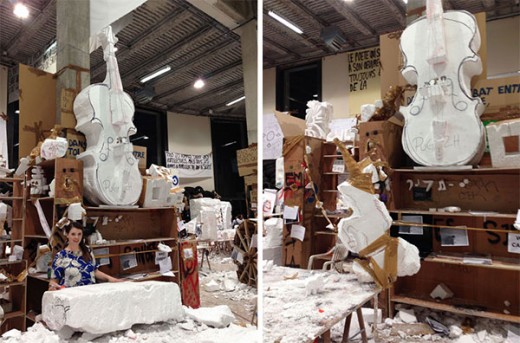 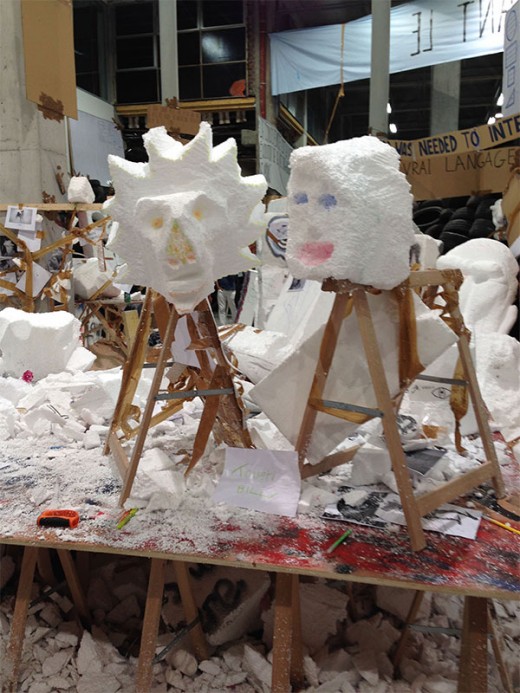 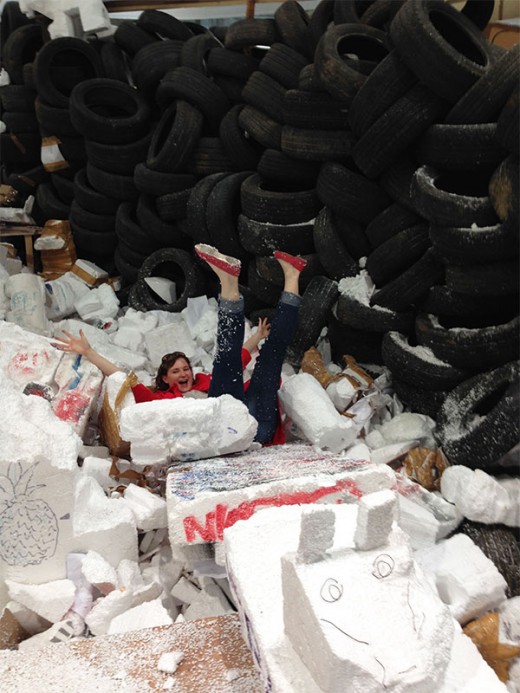 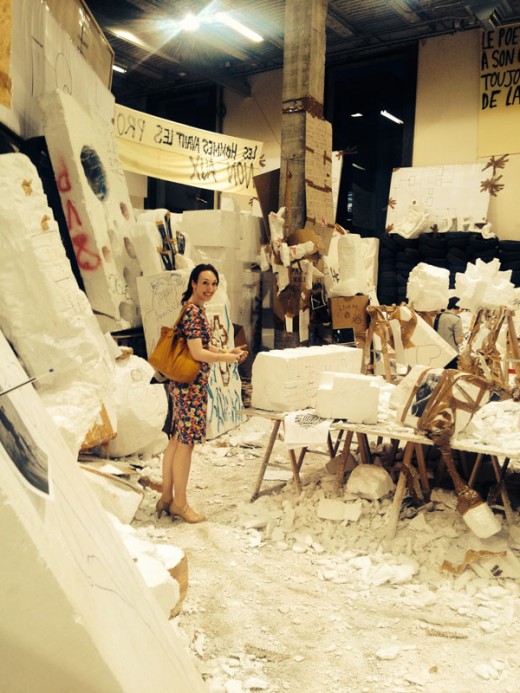 Alison even managed to capture me in the exhibit for once. Perhaps I’m a little over dressed for the occasion!?! High fives to Alison, Ivan, Rebecca, and Emily for making a great exhibit even more fun!

For live time happenings, follow me on Instagram + Twitter + Vine!
I teach MAPS, InDesign, and Designing Professional Documents on Skillshare, and give Paris tours through Vayable!