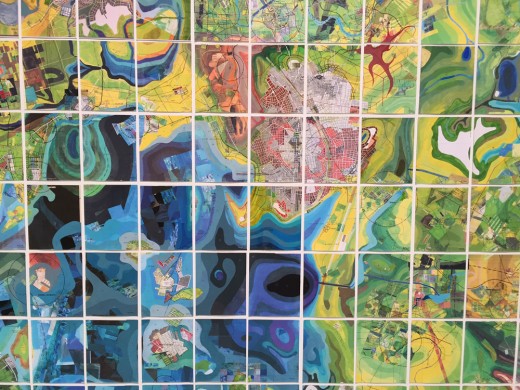 A few years ago I happened upon the magical mini documentary about Jerry Gretzinger who has been making maps for decades. While the places he maps don’t actually exist, the maps aren’t aimless by any means. He has a systematic way of making them, where a special deck of playing cards tells him how the next map card will develop. It’s fascinating.

So you can imagine my excitement when on @PalaisdeTokyo’s Instagram I saw that part of his map (3,200 cards, I believe) is in the Le Bord des Mondes exhibition at the Palais de Tokyo (one of my favorite museums for many reasons, but mainly because it’s open until midnight). I could stare at it forever. It was hard to pick my favorite photos to share, but the Vine I took gives you a sense of it and the different details.

I’m just sad I missed it when Jerry was here for the installation. 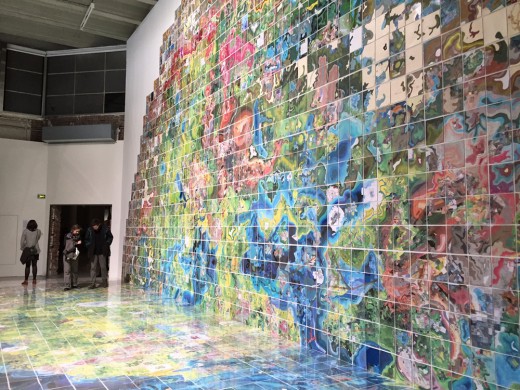 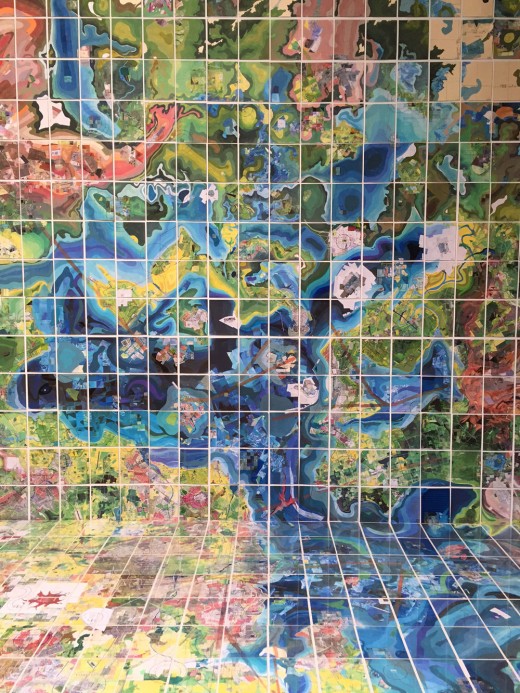 Speaking of maps, if you don’t already know, I teach map making on Skillshare (super affordable!) where one of the class exercises to to make an imaginary city. Stay tuned because I’m launching a new travel related class this week!