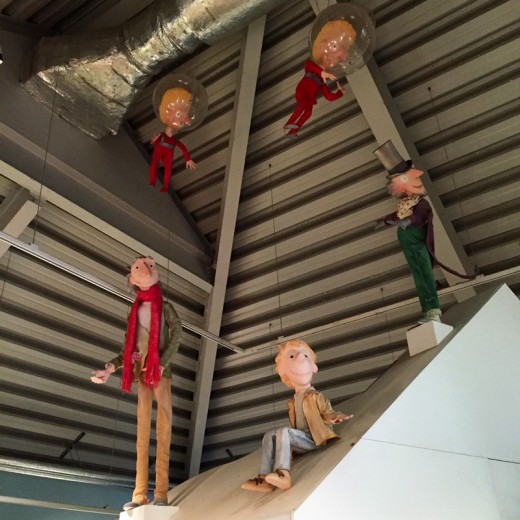 My last two trips have been inspired by my favorite childhood author, Roald Dahl. Without really realizing it as a kid, I started collecting his books, which I loved for their quirkiness. Each book was illustrated by Quentin Blake, and thinking back to it, he was the first illustrator who I was able to identify by style. I probably never really realized that was a real job growing up. I’m definitely one to take advantage of good travel deals, but my most recent Eurostar 69€ round-trip deals (sign up for their newsletters and follow Eurostar on social media!) were the perfect excuse to revisit some of my greatest inspiration from my childhood. Creative pilgrimages are THE BEST! Go see what inspires YOU! 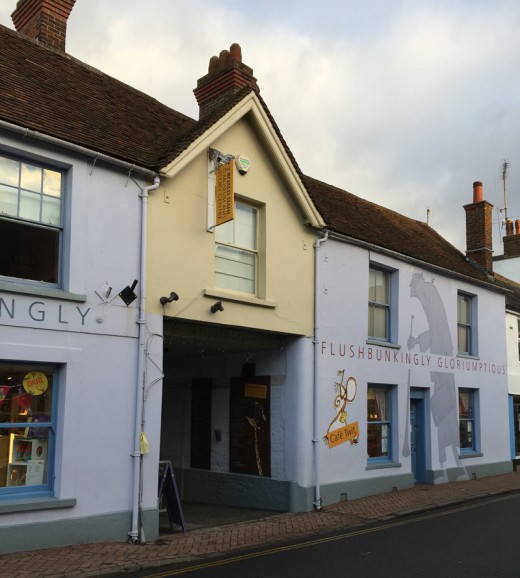 Back in October, I took a day trip to The House of Illustration, a new “museum” near King’s Cross Station in London that celebrates – you guessed it – illustration. The inaugural exhibit was ‘Quentin Blake: Inside Stories’ and despite being small, it made me very happy. The show ended in November, but you can read all about it on The Paris Review and The Financial Times. The exhibition was far more than Blake’s collaborations with Dahl, but his style remains distinctly his own. (Here’s my peek inside on Vine). 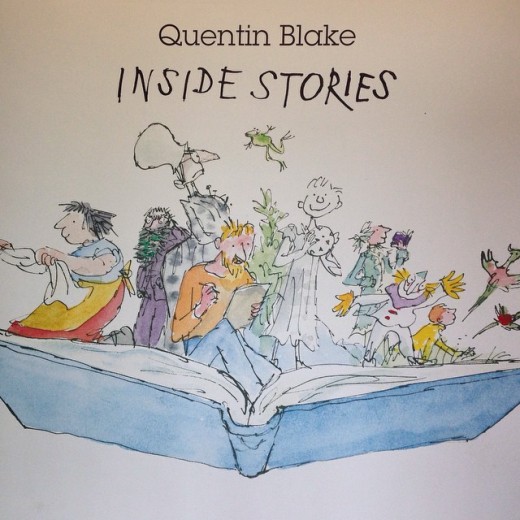 It was thanks to this expo and following the museum on Twitter that I discovered that there was a Roald Dahl Museum. Never in my wildest dreams did I imagine a magical place like this could exist! What luck! It’s a 45 minute train ride out of London in Great Missenden where Dahl lived. I decided to save it for my most recent excuse to go to London. To get there take the Chiltern Railways from London Marylebone to Great Missenden. My ticket was 11 Pounds round trip, and the museum is a charming, short walk from the station. Trains leave twice an hour.

If Vine is not appearing correctly, click here to view.

The Roald Dahl Museum and Story Center isn’t particularly large, but it’s full of charm and small details. It made me laugh because the website says it’s aimed at 6-12 year olds. Maybe that’s why I liked it so much! There’s a look at his childhood and schooling (the school groups there were VERY excited to try on his school uniforms) with letters from the archives. Starting at boarding school Dahl would write letters to his mother every week, a tradition that continued, and she saved every one of them. Then a look at his life as a pilot in the Royal Air Force, where he experienced a plane crash that caused him to have back pain for the rest of hist life, along side a re-creation of his Writing Hut, complete with chair that had a hole cut out of it to lessen the pressure on his back. If you look hard enough you’ll even find drawers with fingers and fake teeth – how many museums can claim that!?! The final “story center” section of the museum is more interactive. It reminded me of Kaleidoscope in Kansas City where I grew up (part of Hallmark!). There’s a chair to sit on, part of the set of Fantastic Mr. Fox, things to cut and color and make. It’s absolutely delightful. I also wanted to sneak into “Ms. Honey’s Classroom” with the school group that was visiting the museum, but resisted. 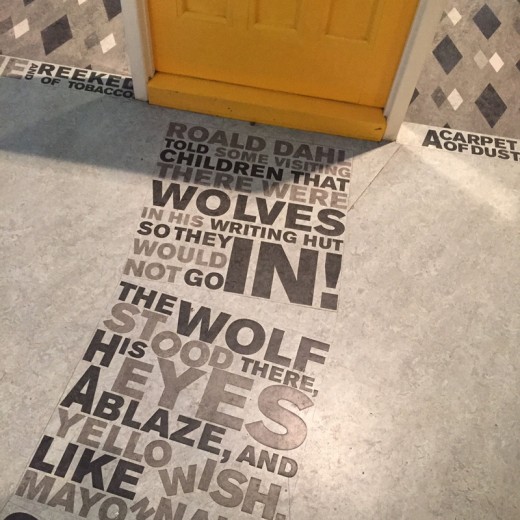 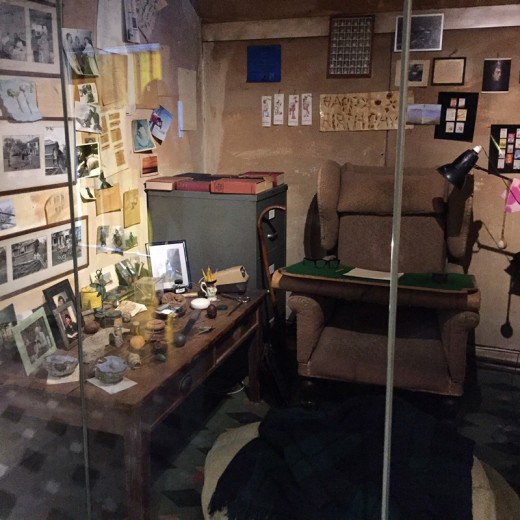 His Writing Hut was meticulously re-created. 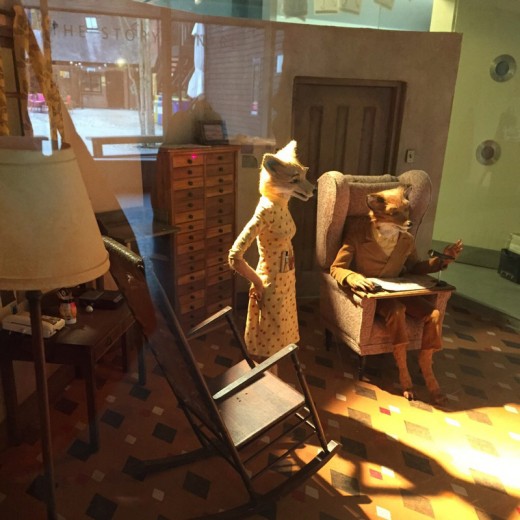 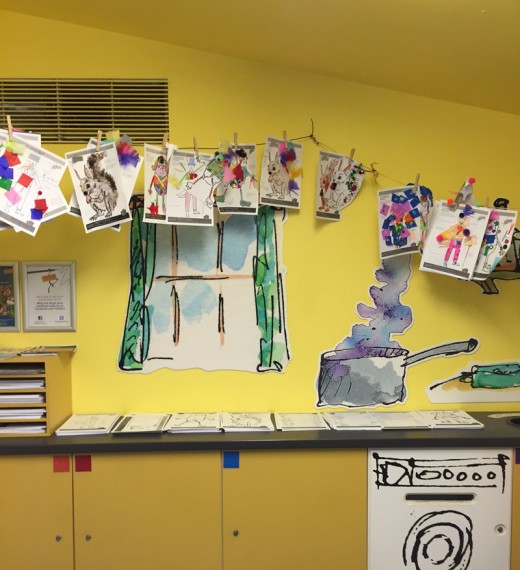 To my surprise there was still more! With your entry fee they also give you two map brochures with local walks. The village walk is much shorter and closer. I never knew that I was going to visit his grave, but with mention of footsteps from the BFG nearby, I knew I had to. The area is beautiful! There is also a countryside walk that takes a bit longer. I’ll have to do that next time! 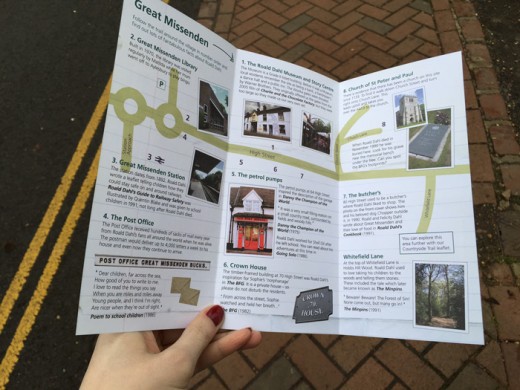 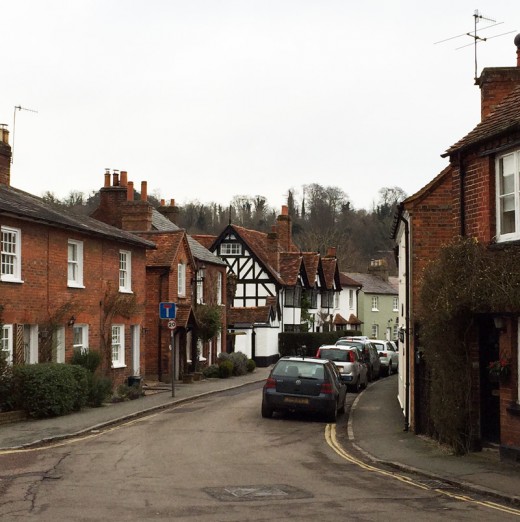 The Village is charming. 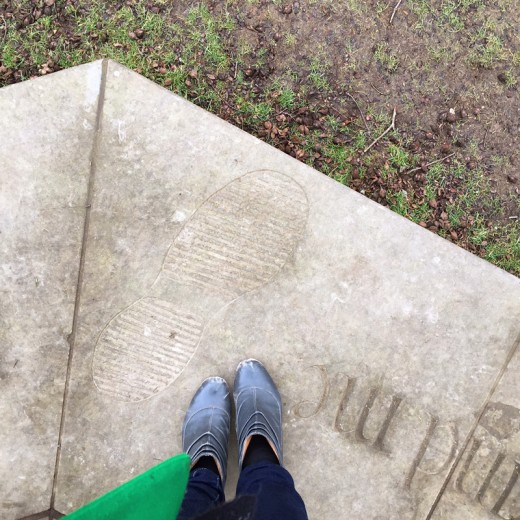 Found the BFG’s footprints on the way to Dahl’s grave site. People had left various gifts and mementos, but most touching was a letter RD had written to the people of Britain to encourage vaccinations after losing his daughter Olivia to the measles at a young age. Both The BFG and James & the Giant Peach are dedicated to her. 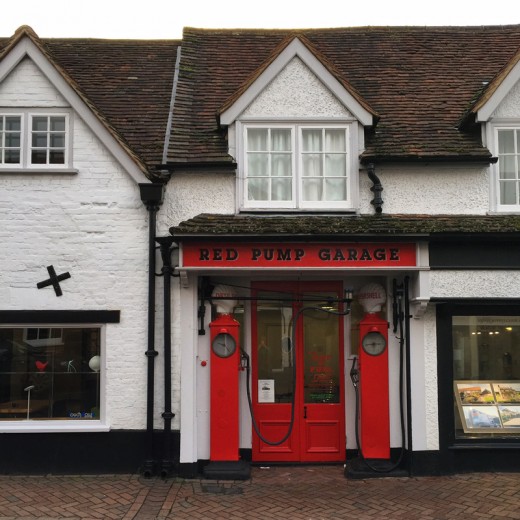 The Red Pump which inspired the garage in Danny the Champion of the World.

And if that all wasn’t enough, plan a visit to Café Twit. I of course had to have a slice of their signature Bogtrotters chocolate cake with mini marshmallows and candy on top! It only seemed appropriate. I picked up a copy of Dahl’s memoirs, Boy and Going Solo in the bookshop. They’re amazing to read because instead of trying to cover his whole life, they’re snippets of his childhood (Boy) and life (Going Solo), that make his books came alive. Candy definitely played an important role, and you can see so many characters unfold. 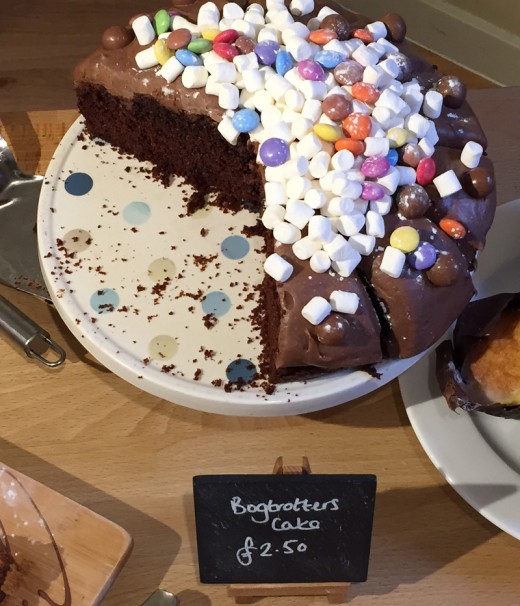 I already asked this on Instagram, but what’s you’re favorite Roald Dahl book!?! I re-read The Twits on my train ride home, and I do remember that one being a favorite alongside The Witches and The BFG. But little did I know that Dahl also wrote adult fiction. I picked up Kiss, Kiss as my first one (thanks to a tip on Instagram)! 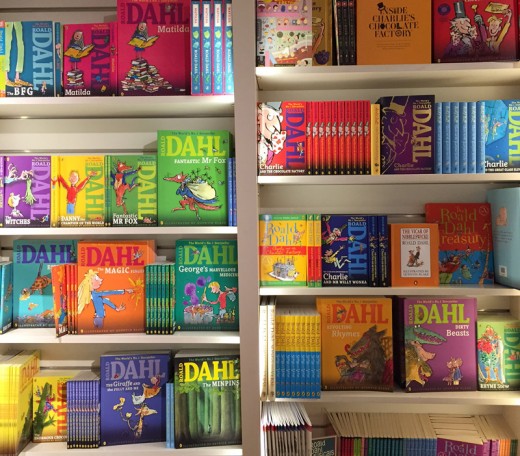 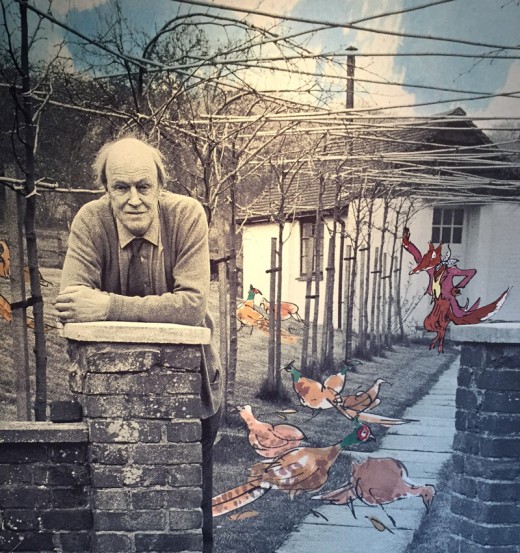 The Roald Dahl website is extensive. Follow the timeline of his stories, read through his archives, or plan your visit to the museum. There is even a Marvelous Children’s Charity in his name, and a percentage of the proceeds from his books benefit his charity.