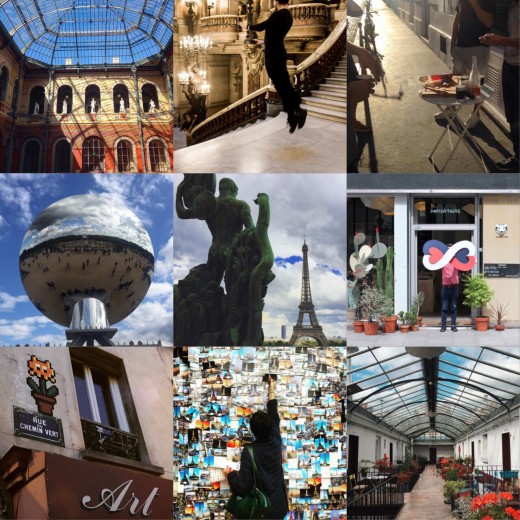 I was recently honored by being named one of the top Paris Instagram accounts to follow by Conde Nast Traveler (I even got listed 1st! YAYYY!). I’m in good company and lucky to know several others who made it on the list as well. Something that caught my eye, however, is that there were only one or two FRENCH Instagrammers, and three men on the list of thirteen.

Anyone who has read my Medium article on Swimming Against the Internet Stream knows that one of my recent pet peeves is how so much of the internet looks the same, so I wanted to create this post to help round out the original list. I also think the expat and local perspective are a bit different, so it’s important to share both sides of the story. These French accounts (in no particular order) also happen to be some of my favorite people to follow regardless of where they’re from, so I hope you’ll take the time to check them out. You’ll also discover some amazing places to visit – in Paris, and beyond! 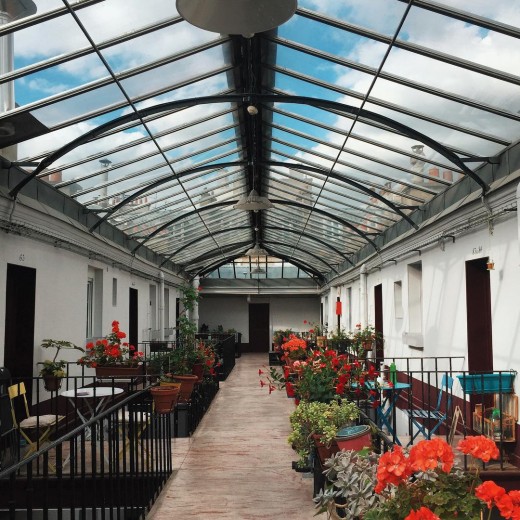 @linstantparisien has a magical way of capturing the creative and hidden side of Paris through a wonderful photographic eye, and captions that enrich their discoveries. Laurent and Fabrice are behind the camera and have an incredible series of features on their website, L’Instant Parisien, with beautiful cinemagraphs that come to life (click into the archives – noteworthy are my pals Kali and Print Van Paris!). Word on the street is they have a magazine in French and English coming soon! {Check out the original post for the cool story behind this space} 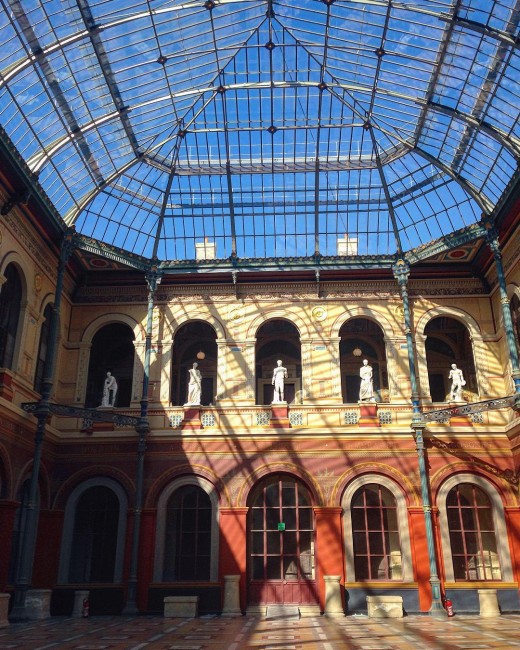 @marieannebruschi is a French journalist I discovered while researching a hashtag online. Her photos caught my eye from the first glance. She has a way of capturing new/special events and places in a truly genuine way. {Click here for original image to learn more about this space.} 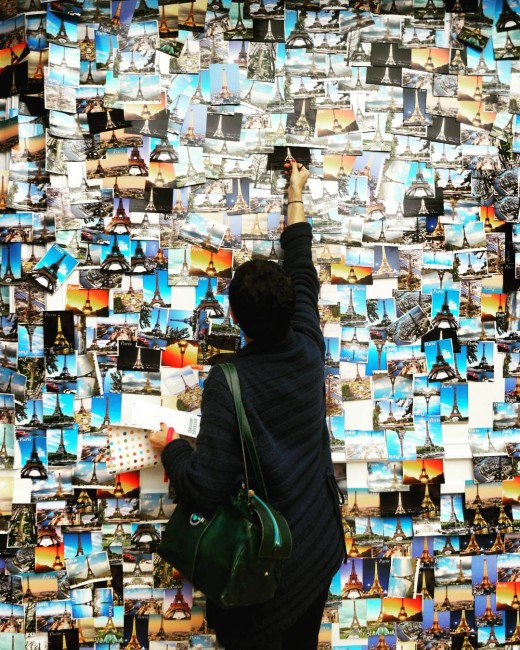 @usofparis (Alexandre) and I first connected at Hotel de Ville when the city was running a blogger event. Years later he’s still on the tip of what’s happening in the city. Even if he goes to places that are closed to the public, he makes you feel like you were there. {Click here for the original image and more on this expo.} 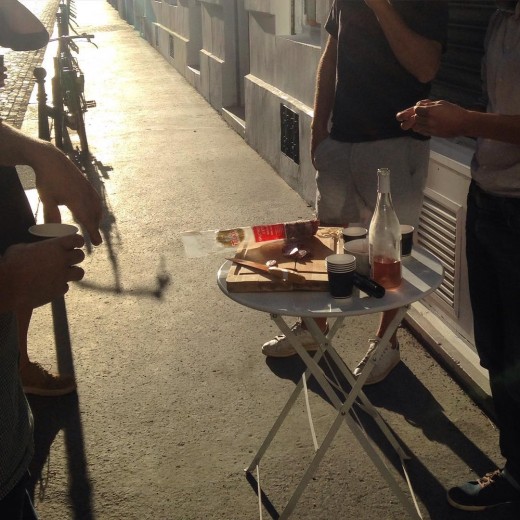 @elodierambaud is a Parisian food and lifestyle stylist. Her book Shopping Insolite à Paris was recently translated into English under the title, Paris Style Guide (I like the UK cover better than the US one). I find Elodie’s account refreshing because although she is a professional stylist, her account doesn’t feel overly styled or forced. Elodie is also a good friend of mine from when we connected when I was working for Design*Sponge when I first moved to Paris. {Click here for more on the original image.} 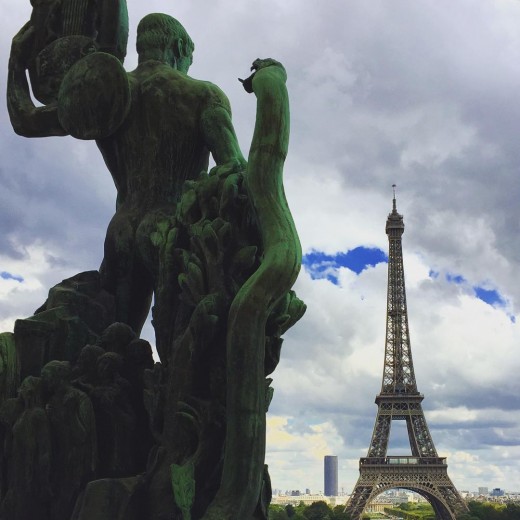 @parisvsnyc (aka Vahram Muratyan) is best known for his illustrative series juxtaposes Paris and New York that started as a blog and morphed into much, much more. Vaharam may be traveling the world more than staying put in Paris at the moment, but he has a great eye and way of sharing things, so even the clichés don’t seem so cliché. {Click here to read the entertaining caption that goes with this image.} 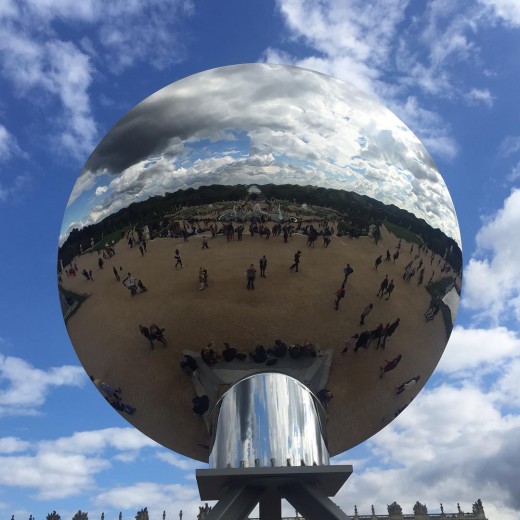 @rueamandine uncovers the latest openings and events in Paris that are open to anyone (especially families). Behind the scenes Amandine and Isabel run Rue Amandine, a fantastic Paris apartment rental and concierge company for a personal, local touch during your next trip to Paris. I particularly love their “road book” custom itineraries. {Click here to learn more about the original image!} 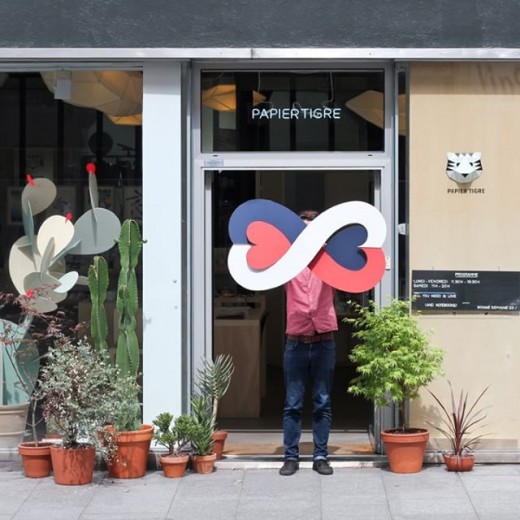 @papiertigram (aka Papier Tigre) is spearheaded by three French designers: Maxime, Julien and Agathe, who not only know how to collaborate together, but every few months they release a new collaboration with an outside brand such as Marlette, Diptych, Mama Shelter and more. Every year the they push their line of paper projects further (including onto dresses and ceramic plates in Tokyo – both of which I’m proud to say I own). Of course their Instagram account gives you a sneak peek into what’s coming next… {Click here for the original image.} 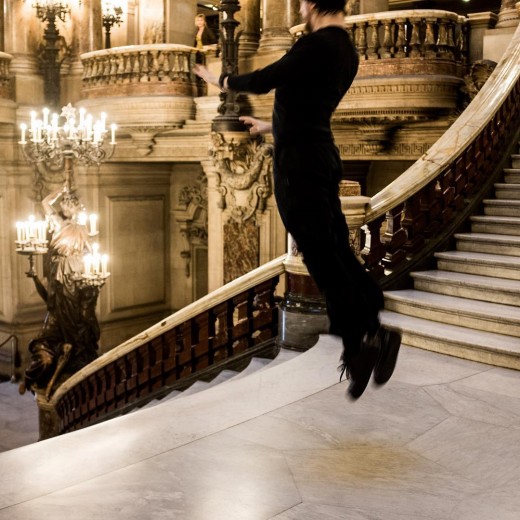 @benjaminmillepied is a ballet dancer, choreographer, and Director of the Opera of Paris ballet (FYI they just launched an very cool digital platform; @operadeparis is another Instagram account to follow). Let’s face it, Benjamin is not taking all of these photos himself, but his account is a beautiful look inside the world of dance, and pulled me in from first glance. It doesn’t hurt that the Opéra Garnier is a gorgeous building. Trivia: he’s also married to Natalie Portman, who he met while choreographing the film Black Swan. {Click here for the original image to learn more about the dancer.} 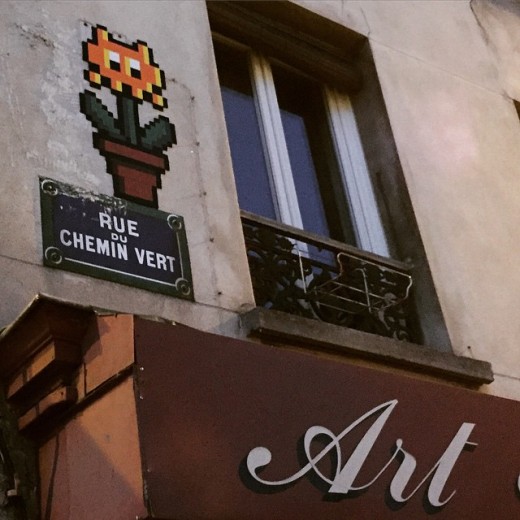 @invaderwashere is a French street artist who has invading the world since the late 90s. Fact: he graduated from Les Beaux-Arts in Paris and La Sorbonne. I need to write a separate post about my adoration/obsession with his Flash Invader app (I’m currently ranked 212 in the world, but last week I was 207). While Invader keeps invading all over the world, it’s clear Paris has a place close to his heart. {Click here to see the original image. I need to go hunting this one, I could use the 50 points!}