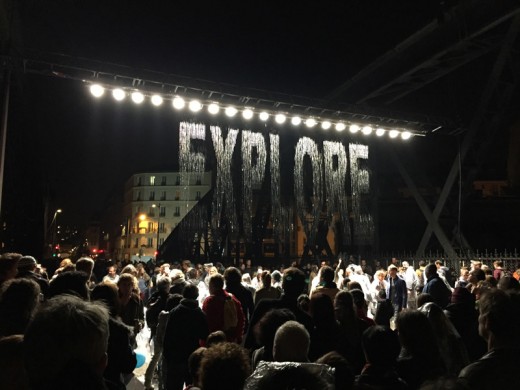 For years Nuit Blanche has been my favorite night of the year. The “white night” or “sleepless night” is a night of art installations where the city becomes a giant, free gallery. In Paris, Nuit Blanche is always the first Saturday in October, and each year there is a different ‘parcours‘ (route) to explore different areas of the city. Installations this year were in churches, firehouses, on bridges, in front of a train station, in schools, in museums, and inside abandoned rail tunnels. Most installations opened at 7pm and went until 7am (personally I only made it to 4am). This year’s theme was climate change in honor of the upcoming #COP21 talks that will be in Paris in December. 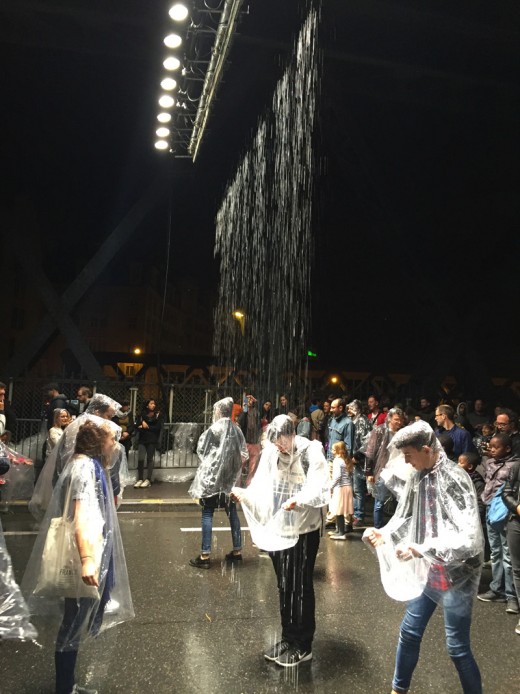 Julius Popp Bit.Fall raining words on bridge Rue de l’Aqueduc in the 18th. The outdoor installations that can be seen from multiple locations are always a favorite because they don’t involve waiting in line! (A reality of the popular night). The raincoats were a nice touch, however, I’m not sure how sustainable they were, especially when they were thrown on the ground… 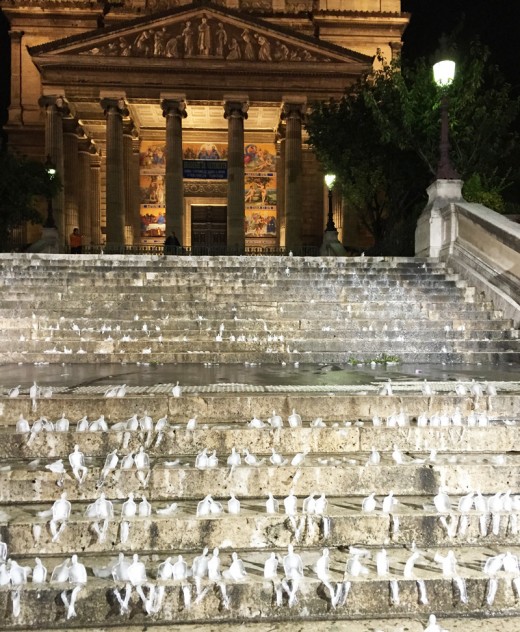 #MinimumMonument by Néle Azevedo was a highlight for me. Waiting in line for another installation, I took a peek at the #NuitBlanche hashtag on Instagram and saw that these ice men were melting quickly, so I was happy to catch them before they disappeared. The installation was supposed to go until 1am, but we were there around 10:40pm, and the ice figures on the top steps were long gone – talk about climate change at work! 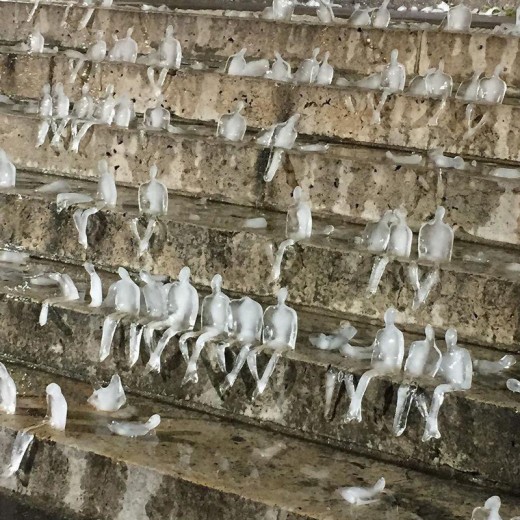 Throughout the night there were mediators. My enthusiasm for this exhibition was met by a mediator telling me that these 3,000 ice figures took 20 volunteers 10 days to create. Earlier in the evening the public placed them one by one on the steps. 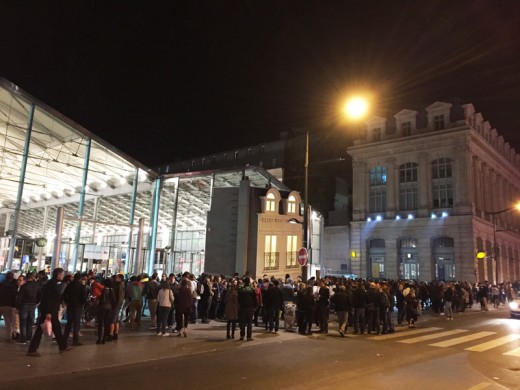 In front of Gare du Nord was Leandro Erlich‘s ‘Maison Fond’ (melting house). With the crowds it was hard to see the bottom of the house, which was the most telling part of the untraditional house. 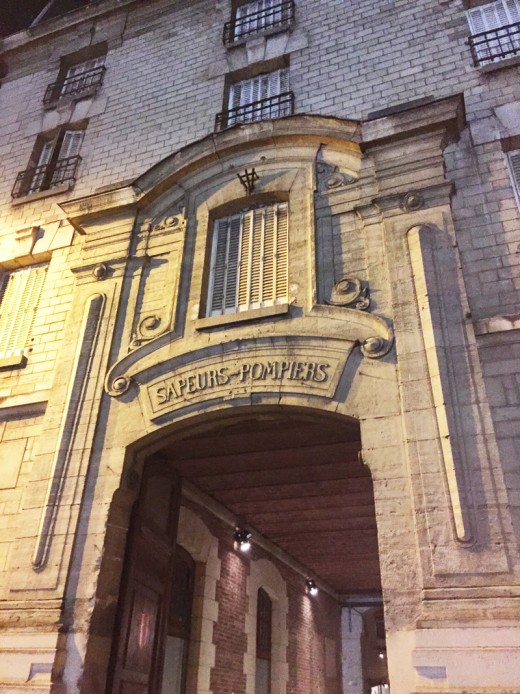 Besides Bal des Pompiers, it’s fun to see an art installation in a [former] firehouse: Caserne Louis Blanc. Seeing the still images of Zimoun’s ‘1.8km Rope’ doesn’t truly do it justice as the wooden poles danced, tied to mechanisms installed on the ceiling. The sound was loud and echoed in the space. The line to get in however, was unnecessarily inefficient. 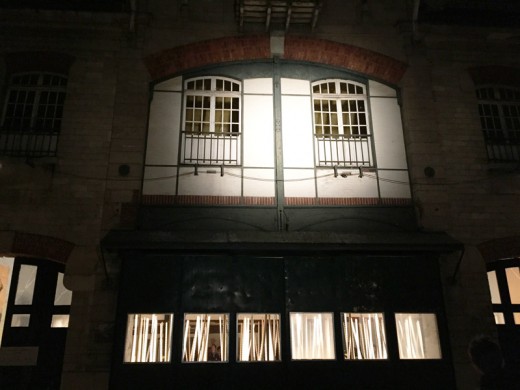 I like to go for the spaces as much as for the works! 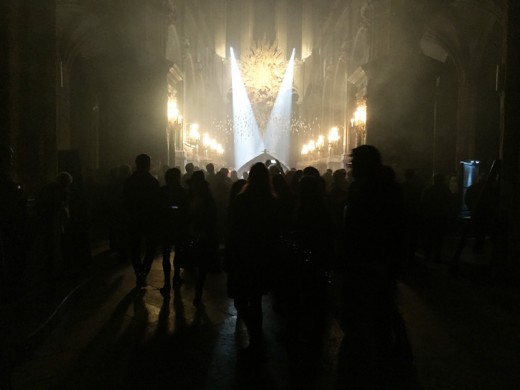 One of the challenges of the night is avoiding the masses, but also being aware of the hours. From peeking on Instagram, Saint-Eustache looked cool, but arrived right after it closed at midnight. Thankfully Eglise [church] St. Merri was nearby with Djeff et Monsieur Moo. 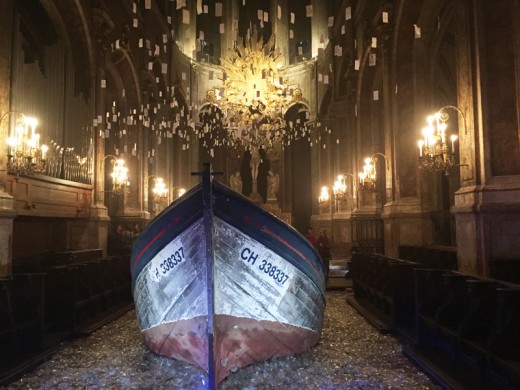 There’s something extra surreal seeing the inside of church transformed. In addition to the boat and broken glass installed in the choir and apse of the church, the lighting changed as if to reflect the state of the world. 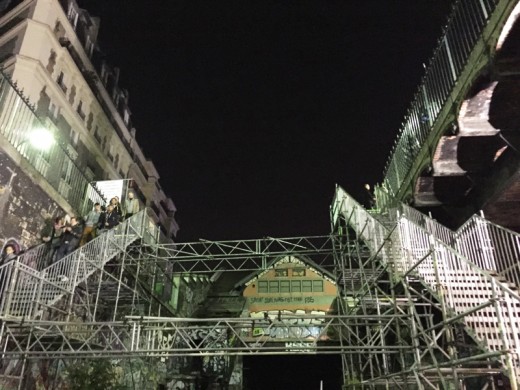 The section of the Petite Ceinture in the north of Paris is typically closed to the public (although I did have the chance to walk it this summer for Danse sur les Rails). For Nuit Blanche they opened a 1,5km section to walk. 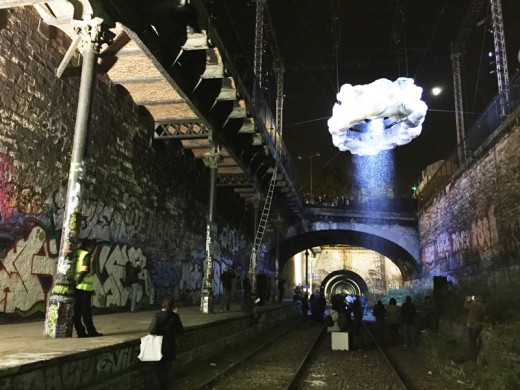 Stéphane Ricordel’s ‘Nuage’ (cloud) was overhead and snowed from time to time. Throughout the night there were performances which involved the artist, but unfortunately around 2am I didn’t catch any of that. Instead we continued forward through the long tunnel. 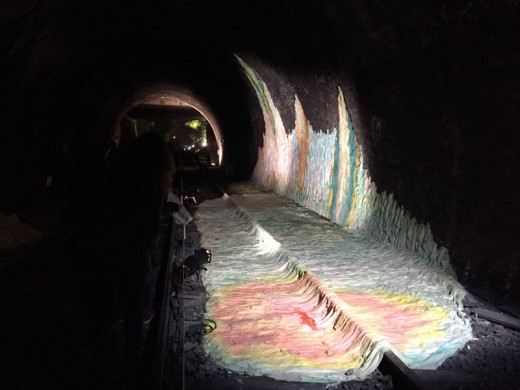 Inside the tunnel there were sound installations, but also Michel Blazy’s textured paintings at the far end. However, the thing most striking to me was how much cleaner the tunnel was from when we walked it this summer! 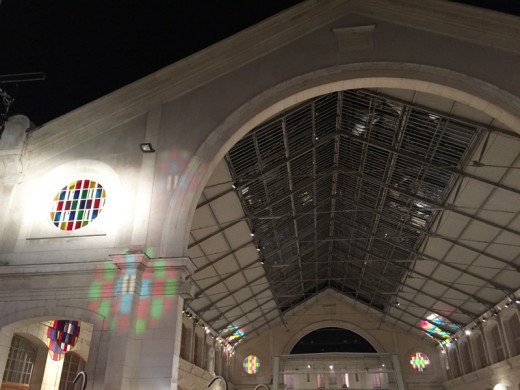 Despite the fact that Nuit Blanche is one night early, the good news is that not all of the installations are over. Inside 104 (Centquatre) contemporary art center, Follia Continua is on until November 22nd, with many noteworthy artists on show, including Anish Kapoor. 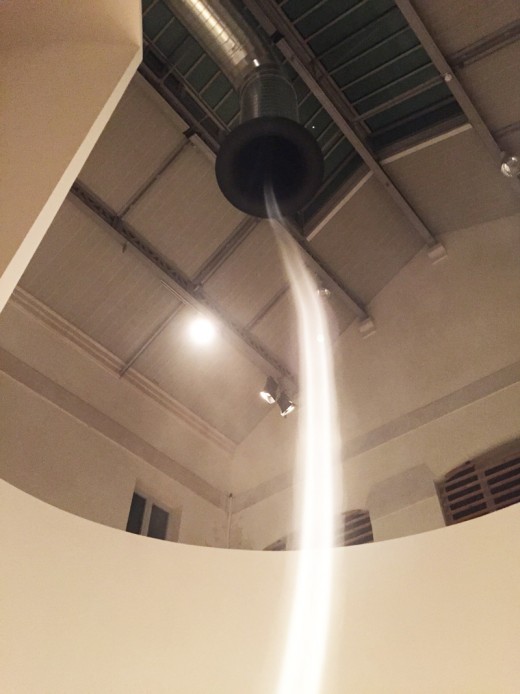 Part of Follia Continua, Anish’s Kapoor’s ‘Ascension’ is an impressive piece to witness (as well as his installations at Versailles) where the moisture comes from the floor boards and is sucked into the tunnel above. The way you enter the room is also memorable. 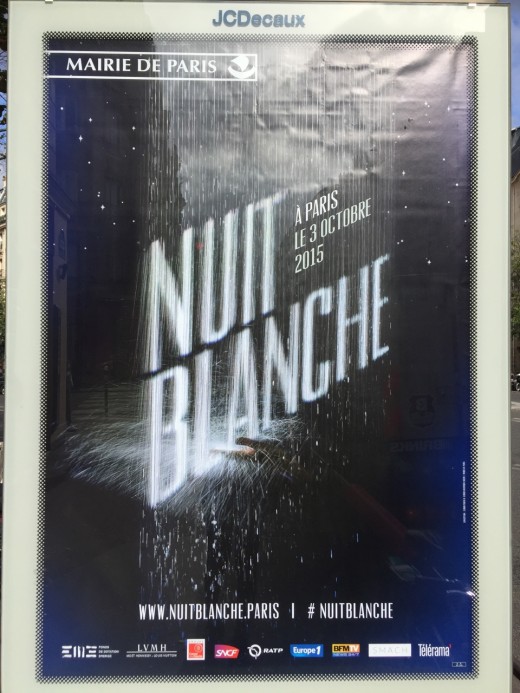 Follow me @pretavoyager on Instagram + Twitter + Medium! I teach MAPS, Travel Posters, InDesign, and Redesign Your Résumé on Skillshare, and give Paris tours through Vayable! Don’t miss my new Paris Posters Tumblr! … I also have a new 2 week Résumé Redesign Session kicking off this week!