A Weekend in Provence 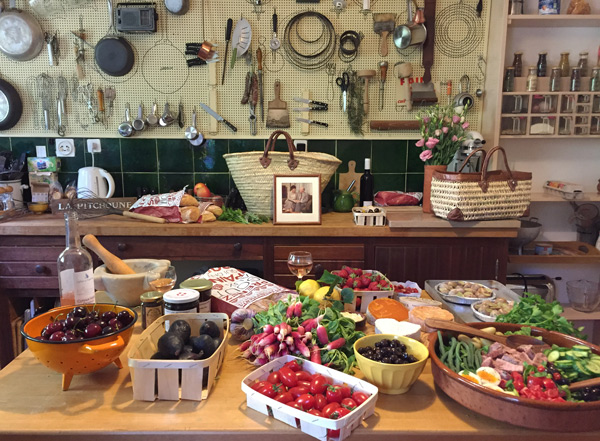 Ask any American if they know who Julia Child is and their eyes will light up; ask anyone in Europe and you’ll get a blank stare. For me, having the chance to step inside Julia Child’s home in Provence was a dream come true. She’s one of those everyday people (albeit extremely tall) who found stardom in being herself and having a passion for food. She didn’t begin cooking until she was in her 30s, and didn’t become famous until her 50s with the hit PBS TV show, The French Chef. Her goal was to make cooking accessible to everyone (TV dinners were all the rage when she emerged), as well as acting as an ambassador of sorts for French cuisine. She was a perfectionist in someways, testing recipes over and over for Mastering the Art of French Cooking (co-authored with Simone Beck), but perfectly imperfect in others. One of my favorite TV episodes ever was when Julia and Martha Stewart made a French tower of chou pastries; Martha’s looked impeccable, and Julia’s looked like a child could have made it, but it didn’t matter to Julia with her wonderful sense of humor and distinctive voice. She truly knew how to embrace who she was. 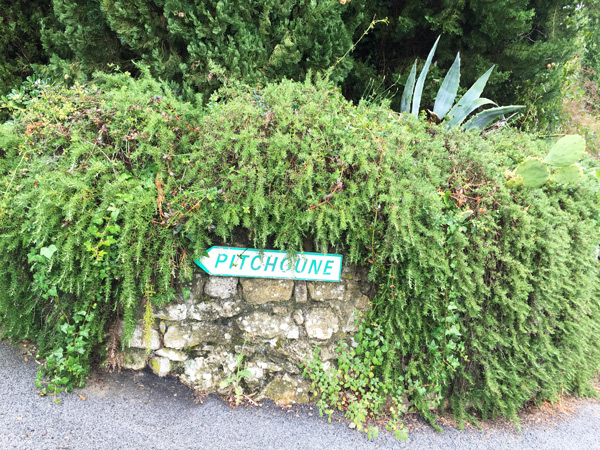 As fame found Julia later in life, she was recognized everywhere she went. The modest home she and Paul had in Provence became a refuge for them. The home was referred to as La Pitchoune, or La Peetch for short. Translation: the little one. It’s located about 45 minutes north of Nice. 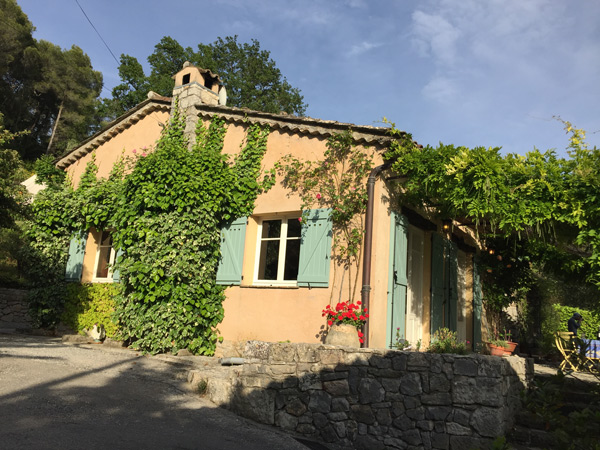 The kitchen built by Paul was a replica of her official test kitchen in Cambridge, Massachusetts, complete with tall counter tops. However, the big difference is that there was a more relaxed atmosphere in the south of France. In Cambridge she kept an ongoing list of every ingredient on hand, but in Provence cooking was more about quality time with friends. 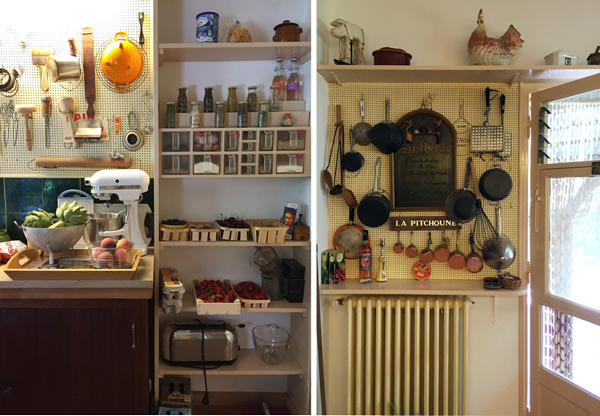 Paul was a graphic designer and also created the peg board system for Julia to store her kitchenwares, and more importantly, to know where to put them away. 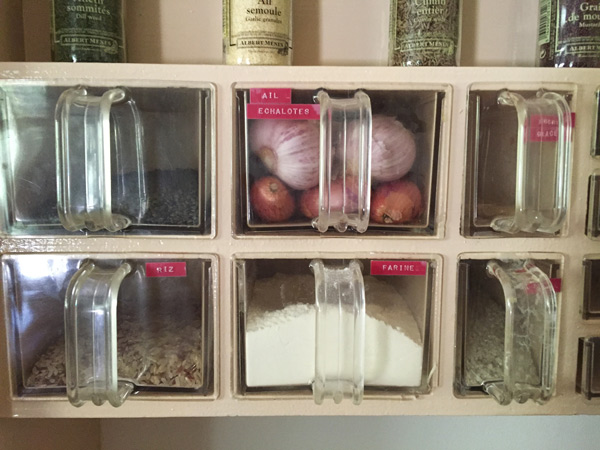 Everything was labeled so it was easy to find. (The labels are original). 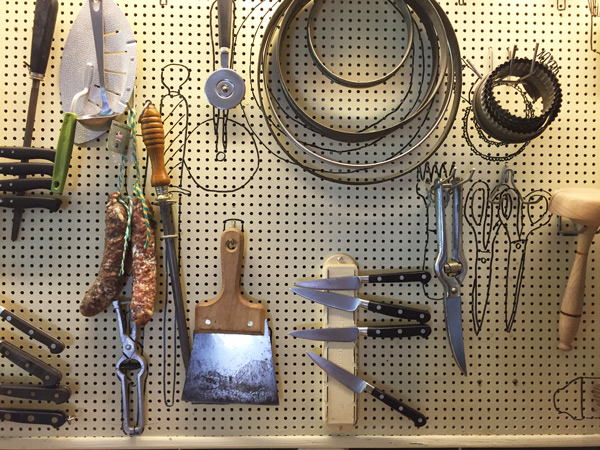 Everything had its place. 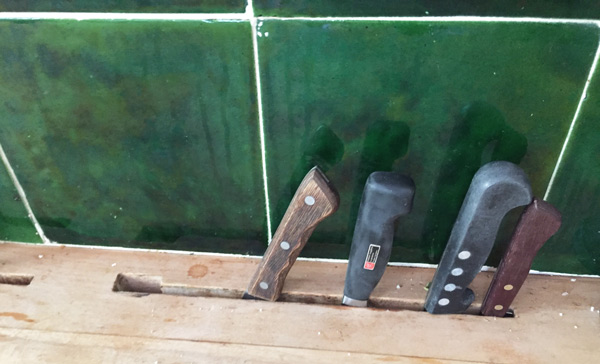 Paul created a slit in the kitchen counter to store Julia’s knives. 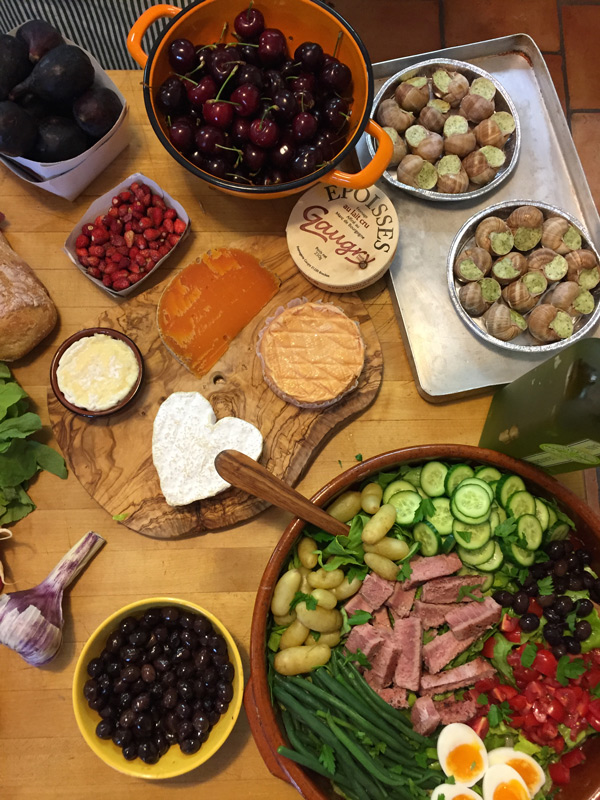 The kitchen wouldn’t be complete without fresh, local ingredients. 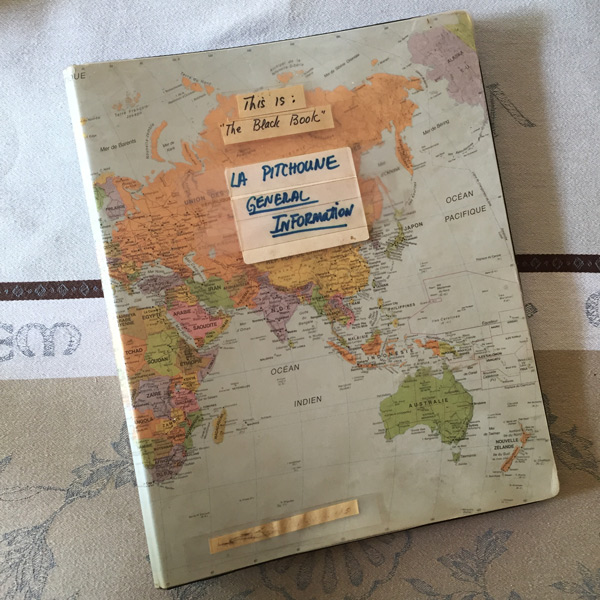 When the Childs weren’t at La Pitchoune friends would often stay at the house. Julia created “The Black Book” which had everything from plumbing instructions to driving directions. One could argue that at times the information as a bit too detailed. 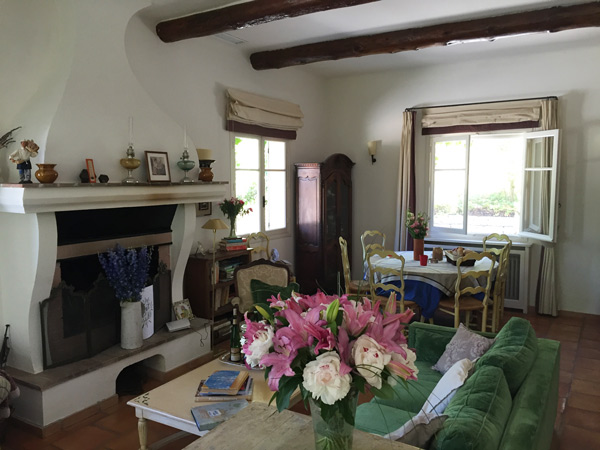 The dining/living room. Furniture has changed over the years. The bedrooms (not pictured) are most noteworthy for how short the beds look. 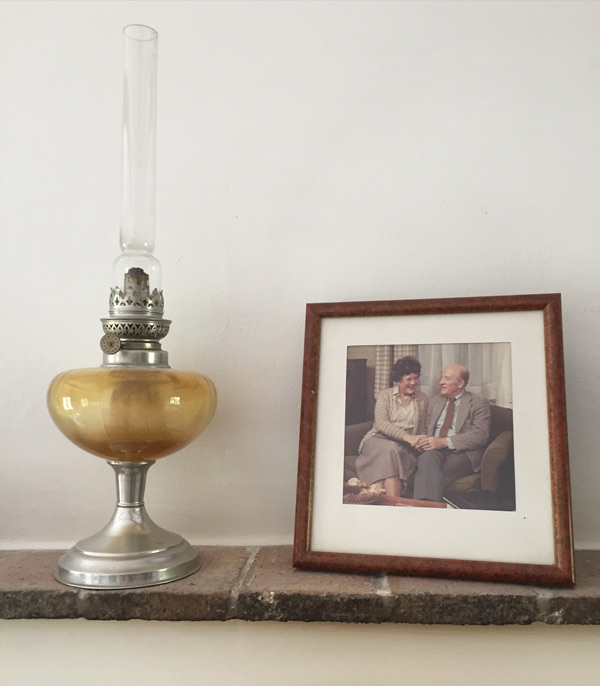 The home today still contains photos of Julia. The photo on the mantle is of her and Paul. 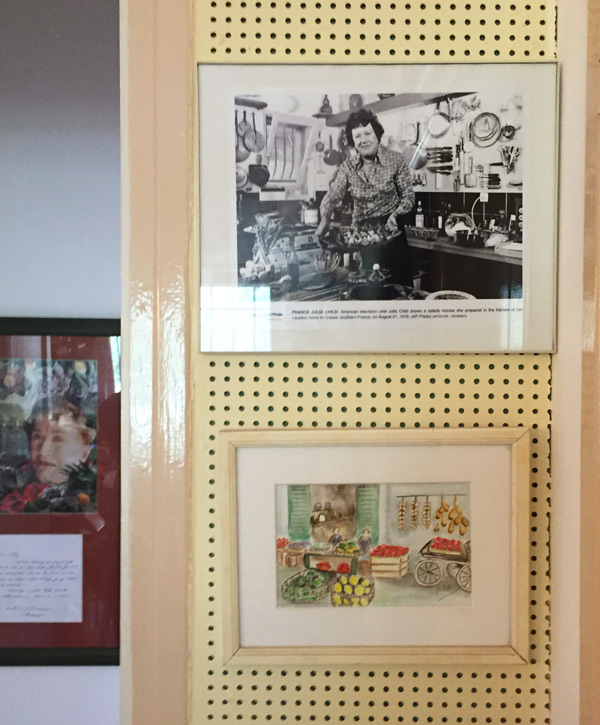 My Life in France is the biography about Julia Child, which was published in 2006, after she passed away. Much of it covers the time she and Paul spent in Paris. It’s a must read for any francofile. 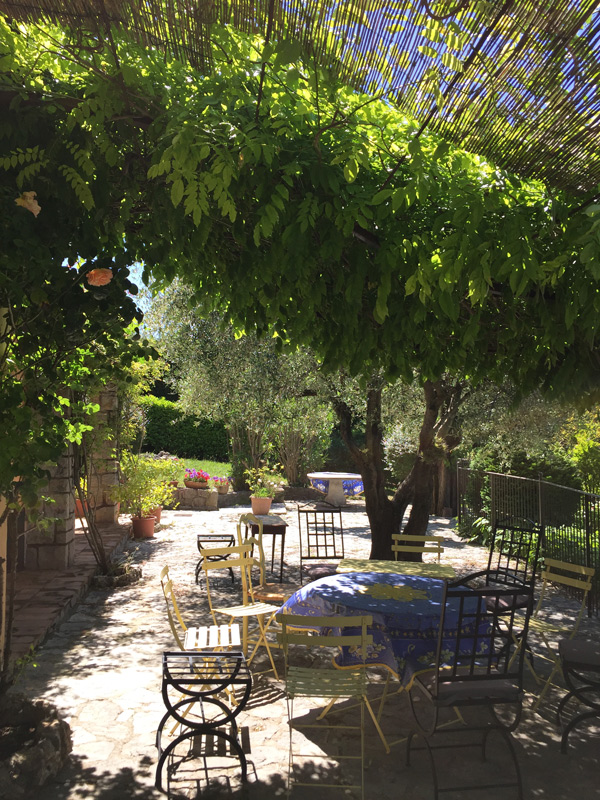 Weather in Provence makes for many meals on the terrace. 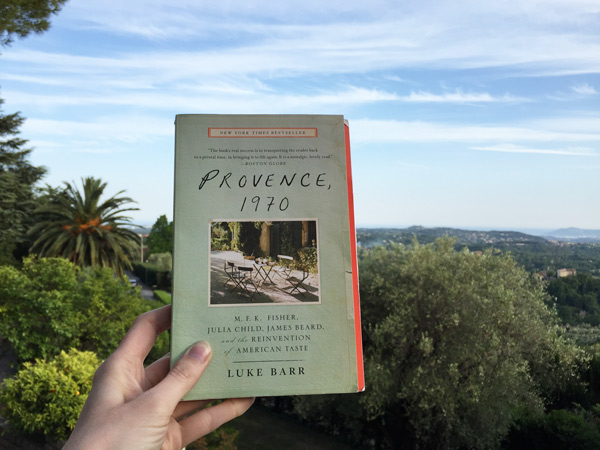 Luke Barr‘s Provence, 1970 gives fascinating insight into Provence during Julia’s time there. Luke’s great aunt was M.F.K. Fisher, a prominent American food writer, and using her diary and old letters, the book recreates the winter of 1970 when several key figures in American cooking, including M.F.K, Julia Child, and James Beard connected in Provence. It’s wild to read it and know that he re-created reality through archives—it truly feels like he was there, and you’ve traveled back in time together, and inside their minds. 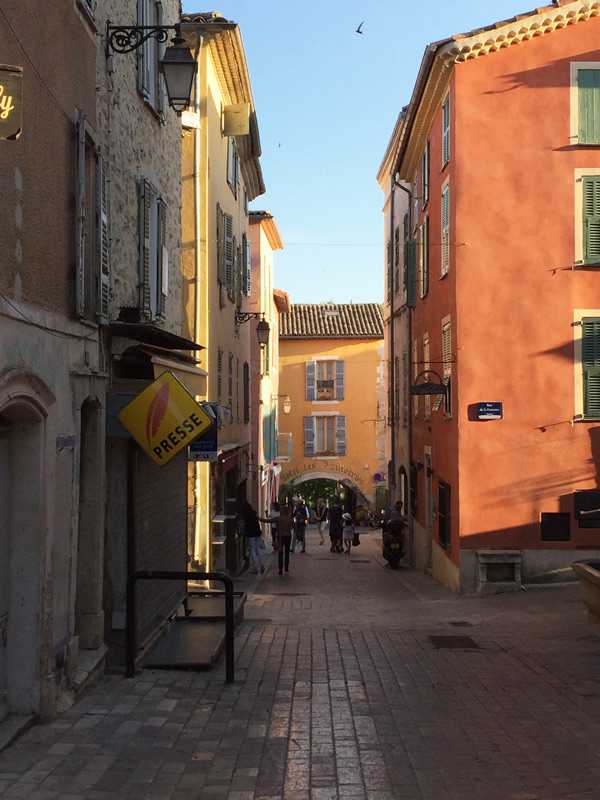 La Pitchoune is located in La Plascassier, France not far from Grasse (famous for perfumes) and Valbonne. I couldn’t help but think that 2016 Julia would have been best friends with everyone in Valbonne. I spent two weekends there and already was starting to feel like a regular. 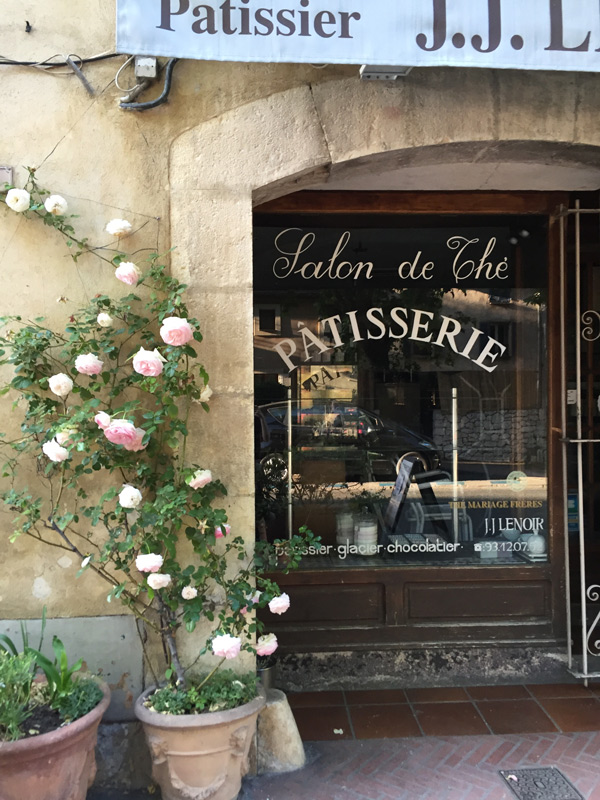 My first visit to Patisserie Lenoir was magical. I walked inside to see Jean-Jacques Lenoir himself behind the counter and chatting with the locals (foreigners, but clearly regulars). Frodo the yellow lab would stroll in and out, while his owner François clearly preferred to speak English, showing off his time spent in Canada. Everyone who walked into the shop seemed to know Jean-Jacques and had their own inside jokes. I soaked it all in as I sat inside starring at the impressive (and beautiful) array of pastries in front of me, sipping my tea and eating a slice of quiche. I couldn’t help but think to myself: Julia would have loved this. Address: 14 Boulevard Carnot,  Valbonne. 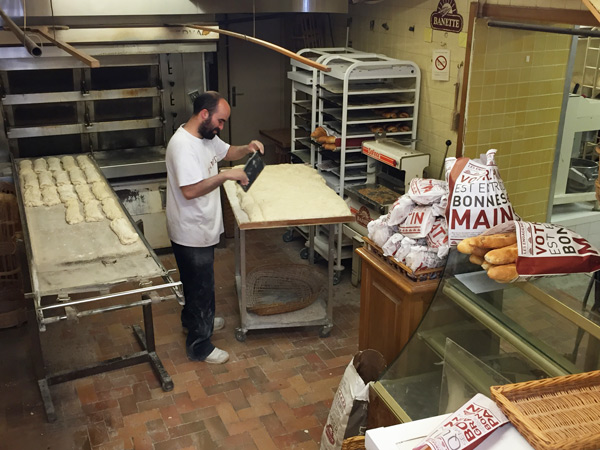 While looking for a boulangerie, a woman heard me ask someone and directed me back into the main city—”It’s much more local, just through the arches.” Had I not known I was looking for a boulangerie, I never would have found the white tent with a small stairway down into the large kitchen. Rémy wakes up at 2:30 every morning to start baking (he took over after his grandfather stepped down). He bakes between 250 and 500 of the local “Valbonnais” loaves in the few meter long oven. They sell so fast there’s a good chance you can get one straight out of the oven too! It was totally normal to see people with five loaves in their hands as they walked around town. Le Fournil d’Eugene: 19 Rue de la Fontaine, Valbonne. 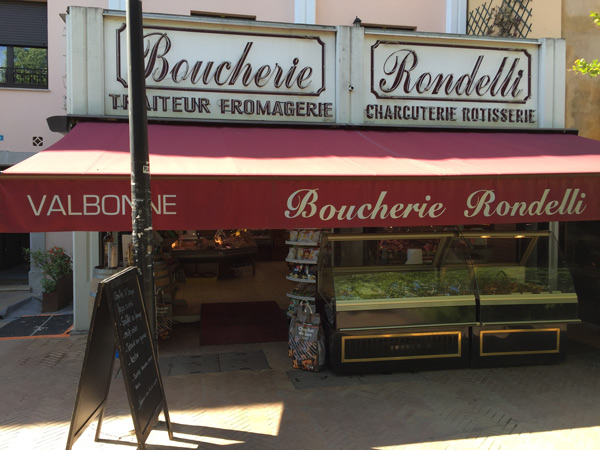 After living in Paris for so many years, one of the most striking things about visiting the south of France is how nice people are. The same went for M. Gilbert, the butcher at Boucherie Rondelli. Everyone has personality, and in his case, a butcher with tattoos!  Address: Résidence Vallis Bona 55 Route de Grasse, Valbonne. 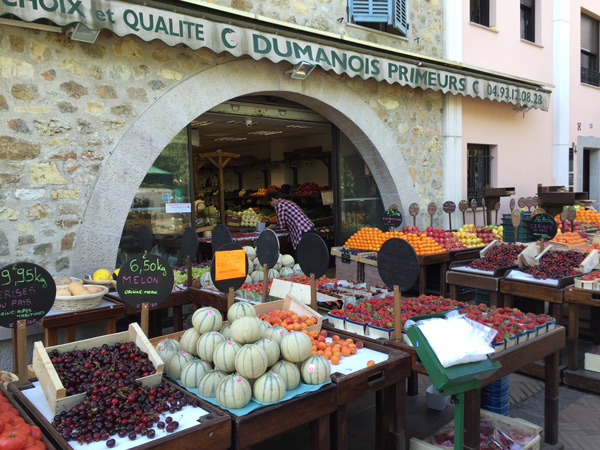 Every Friday morning in Valbonne there’s a market in the center of town, and it’s the big shopping day for everyone. But every day of the week there’s incredible produce at Dumanois Primeurs. It’s not often you see such care put into every display. Even their green beans were arranged into rows. And like most places in town, they close early on Sundays. Address: Résidence Vallis Bona 55 Route de Grasse, Valbonne. 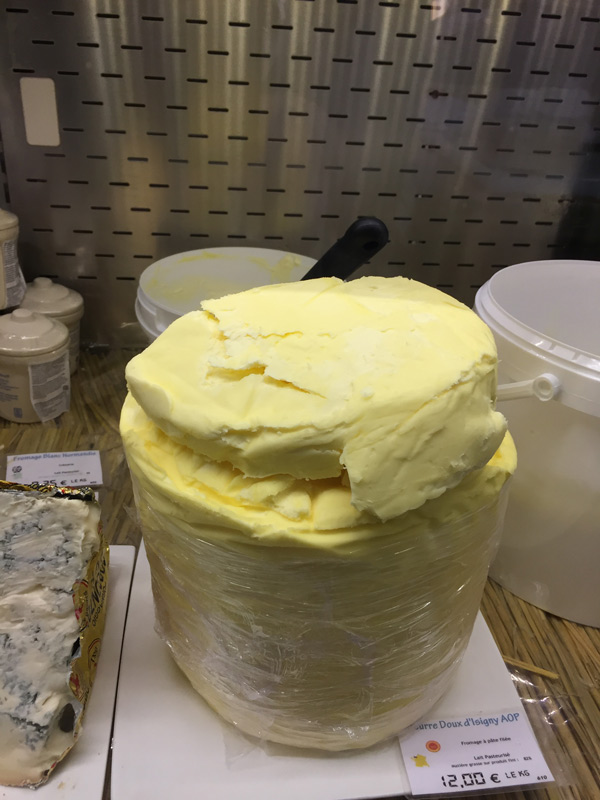 With a shop named 365 Fromages, it’s not hard to guess they sell a lot of cheese. But out of all the options, I went straight for the butter. Make sure you look at the signs on the shop window too, as they’re quite amusing. Address: 22 Rue Eugène Giraud, Valbonne. 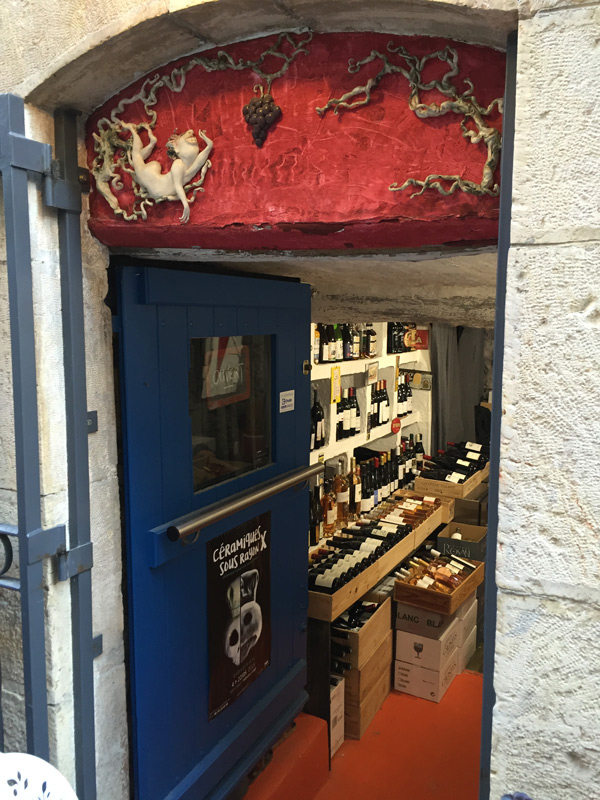 In order to host a dinner party in true Julia fashion, one needs wine—lots of it. Galerie Bouteille was a hole in the wall shop, run by Fabien was able to help me pick out the perfect bottles of red, white, rosé and bubbly for the occasion. Prices were very reasonable, and the wine I bought was by independent winemakers in the region. I also love that he was sitting outside at a table set up in front of the shop having apéro with friends when I first visited. Address: 13 rue Eugene Giraud Valbonne. 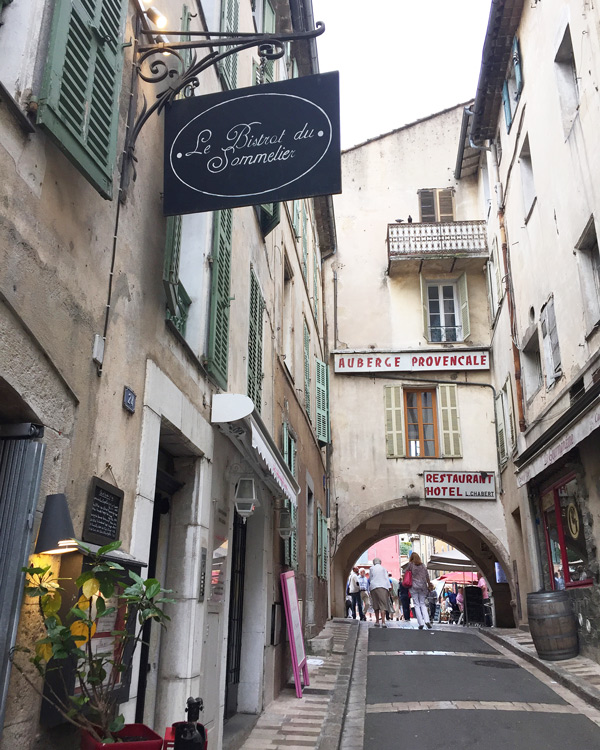 Dinner at Le Bistrot du Sommelier was recommended by Fabien at the wine store and it didn’t disappoint. Prices are very reasonable, especially given all the food is made with fresh local ingredients. Address: 21 rue Eugene Giraud, Valbonne. 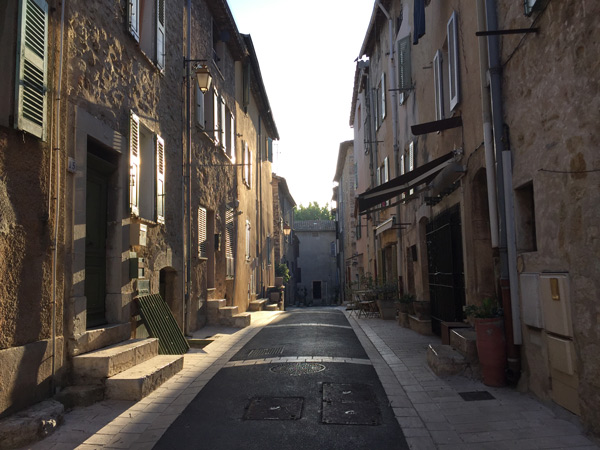 Unlike most French cities I’ve visited, the center of Valbonne is arranged in a perfect grid. It was absolutely magical during the golden hour with the sun setting. 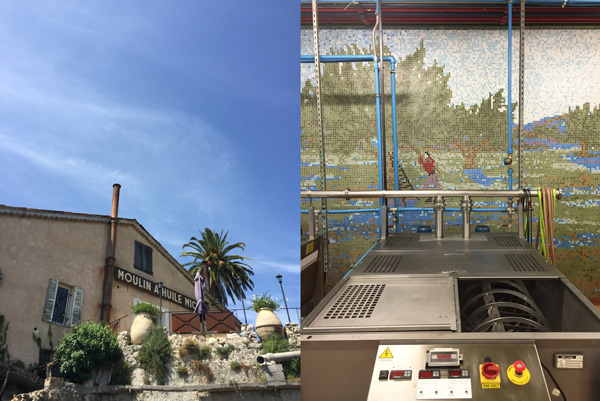 A few minute drive outside of Valbonne, there’s olive oil factory Moulin d’Opio. There are guided tours and tastings, but there’s also a free self-guided tour if timing doesn’t work out. The gift shop is full of all things olive, including giant historic presses. Address: 2 route de Chateauneuf, Opio. 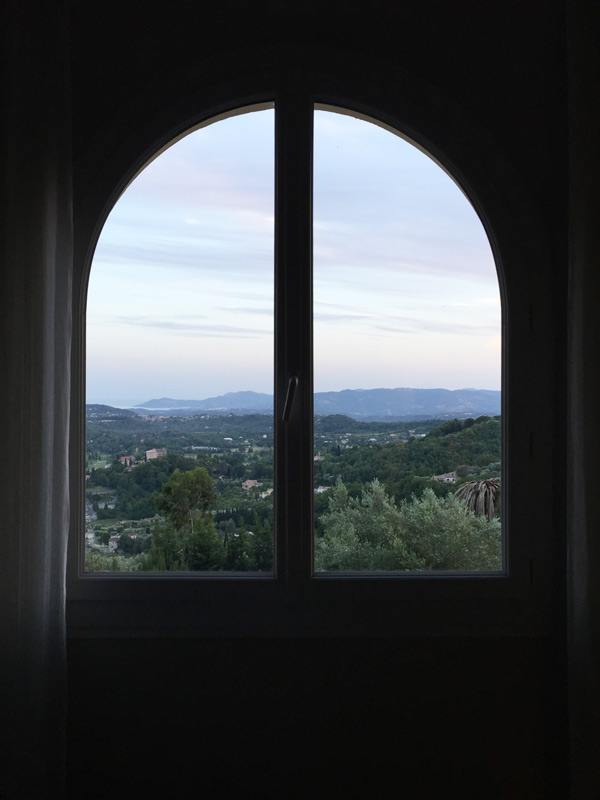