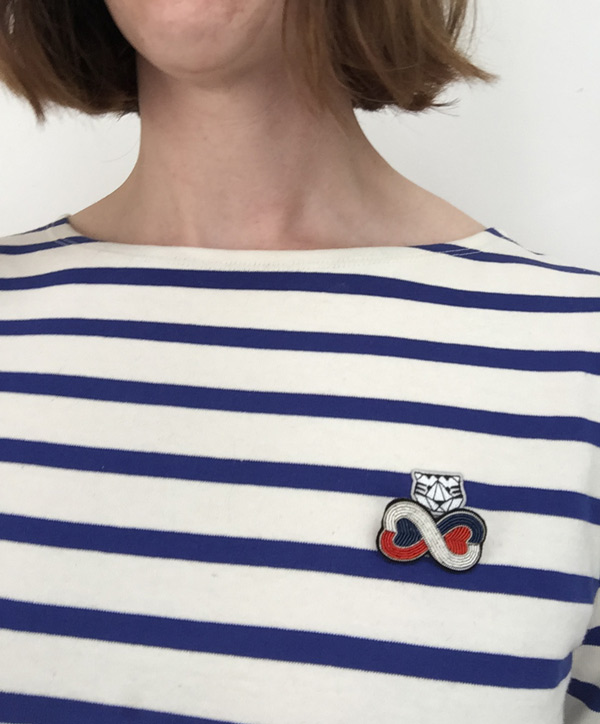 It was a day like any other. I waited in line to get in the doors, then waited in another line once inside, then waited for the ceremony to start. But on this day, Meg was with me, and I was officially becoming French. I technically have been French since April, according to letter with a xeroxed stamp making it official, but refused to believe it until the ceremony where I received my official documents and got to sing the Marseillaise. That day individuals from 32 different countries became French. 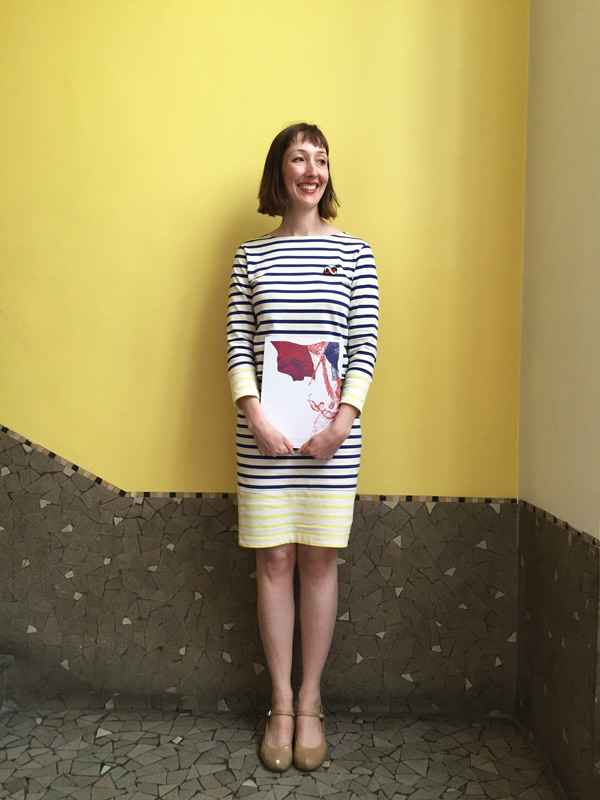 In honor of the occasion I wore two of my favorite French designers. The dress by Papier Tigre is only available in Tokyo, and the pin by Macon & Lesquoy was a collaboration between Macon & Lesquoy and Papier Tigre. Two hearts for my two countries, which conveniently are the same colors seemed quite fitting for the day.

Later that night Meg surprised me with a cliché French celebration with my friends in Paris at the Amélie cafe (Les 2 Moulins). It was easy to spot the group as we were all wearing stripes and berets, which was extra entertaining for my friends who are actually French. Fun fact: besides being my favorite movie, Amélie happened to come out in 2001, the same year I studied abroad in Paris for the first time. It was the perfect setting to catch up with friends and celebrate my newfound Frenchness! And to top it off, at the end of the night two random tourists who didn’t speak English came up to me and asked if they could take a picture with me in front of the Amélie poster—because I looked like her! It was awesome, and we all had a good laugh. 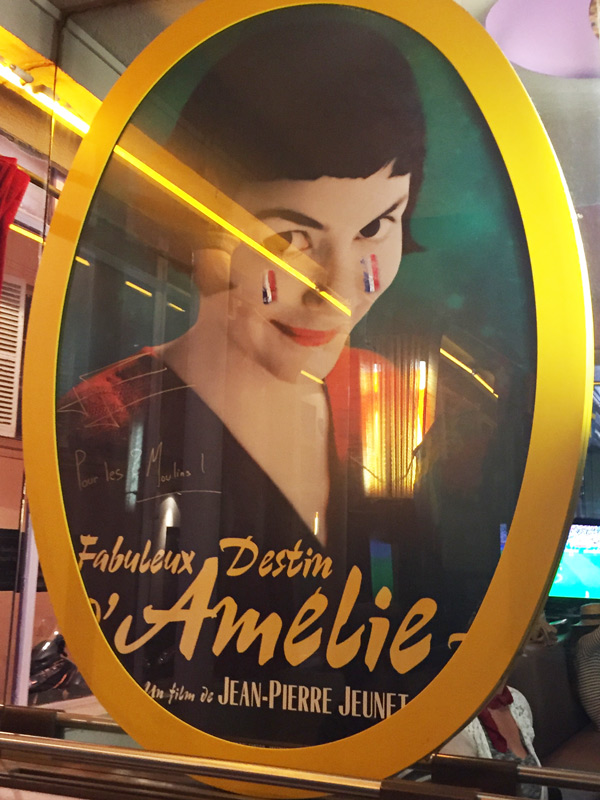 What’s changed since then? I now have two passports, two birth certificates, I’ll be able to vote in the next election, I have full working rights (on my prior status I had the right to work in France, but was not allowed to hold a salaried position/contract), I’ll be able to work/live anywhere in the EU, and I’ll save a bajillion hours of my life every year because I no longer have to renew my paperwork every year.

A huge thank you to Meg (aka De Quelle Planete Es-Tu?) for being such an amazing friend and support, and for the amazing documentation of the day! If there’s one thing true about bureaucracy, it’s that it brings people together. I never could have navigated this alone.

The Road to French CitizenshipA Weekend in Provence