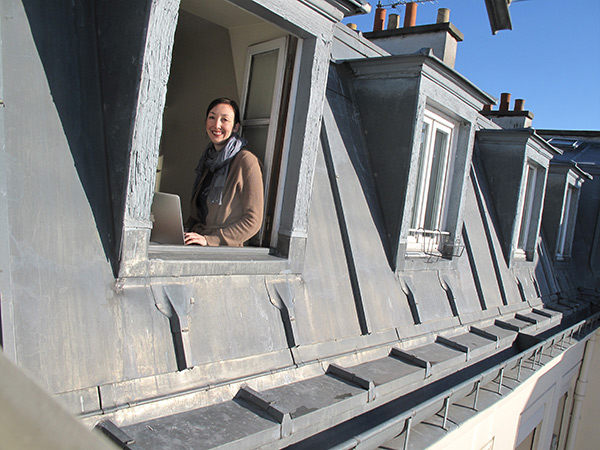 Nothing irks me more than when people say I live a charmed life because I live in Paris. Really, there’s a lot of unglamorousness behind the scenes, particularly when it comes to living in Paris apartments. My life is definitely not like you see in the movies! This month marks 7 years I’ve called Paris home since moving here for grad school in 2009. In June I moved into my first “real” Paris apartment. For the first time in 7 years I have my own mailbox and can check my mail 24 hours a day, 7 days a week. I can’t tell you how luxurious life feels now!

Recently Elena Berton, a writer for the WSJ Expat blog reached out to me after seeing my past posts about finding an apartment in Paris (1, 2, 3 and my personal favorite where I had friends draw floor plans of their first Paris apartments) to get my take on small living. While I’ve always been proud of my modest, miniscule living the fact that I had been a long time editor for Design*Sponge sharing more than 500 hundred beautiful “sneak peek” interior home tours from creatives around the world made me a bit ashamed, or at least hesitant, to share pictures of my own apartment. Also, after grad school I was in my 30s, found myself unexpectedly starting my own business, and bragging about how small and unglamorous my apartment was wasn’t exactly the clientelle I wanted to attract at the time. I decided the time has come to finally give a “sneak peek” inside my own Paris apartments.

Nearly 7 years later, I’ve made it. I’ve started a successful business in France (hello, uphill battle), earn a significantly higher salary than I ever did at my full-time job in the U.S. (where salaries are much higher than in France) where the word “freelance” can be the kiss of death in terms of trying to secure a Paris apartment (as well as being foreign). On top of it, I became French, not by getting married or being sponsored by a company, but by my own sheer stubborness. Small living may not always be glamorous, but my 7 floor walk-up was a free gym, I had a killer view, great natural light and I was able to save a bit of money, pay off my student loans, and finally graduate to my real apartment that’s 34m2 (365 sf) that feels like a palace to me (seriously, I don’t know what to do with so much space). Of course, it’s not much bigger than my childhood bedroom, but for Paris it’s a huge step up. It’s also been a strangely humbling and rewarding journey to get there.

“Chambre de bonne” refers to the top floor former maid’s quarters of apartments which have been renovated and use space incredibly efficiently. For perspective, the first one was about the size of a closet in the U.S., the second, the size of a bathroom, and the 3rd, the size of an American kitchen.  Still, it’s staggering how much crap you can fit in these tiny spaces, which I realized after my latest move (note: I moved to Paris with 2 suitcases and a backpack). One thing is for sure your expectations and standards change in Paris. You get to a point where you’re happy to have a home. I’m just glad the internet exists while calling these humble abodes home. 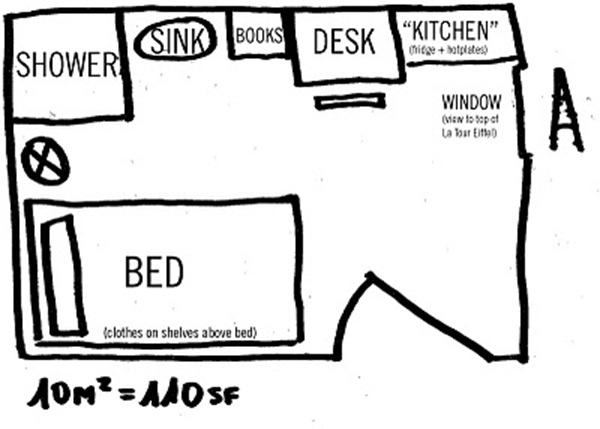 2009-10
size: 10ms2 (110 sf)
location: 7th arrondissement (next door to the brother of the King of Saudi Arabia who was rarely home) [Ecole Militaire]
floor: 5, no elevator
view: “Eiffel Tower” (aka 2 inches at the top, but at least I could tell time by when it twinkled)
toilet: shared, in the hallway
price: 550€/mo
fun fact: If I tottered on my feet, my armspan could reach both walls the short way. 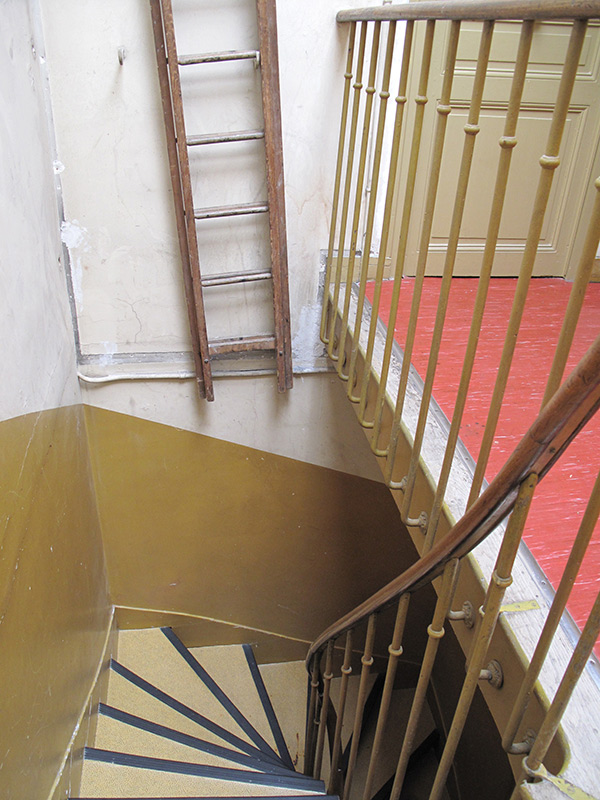 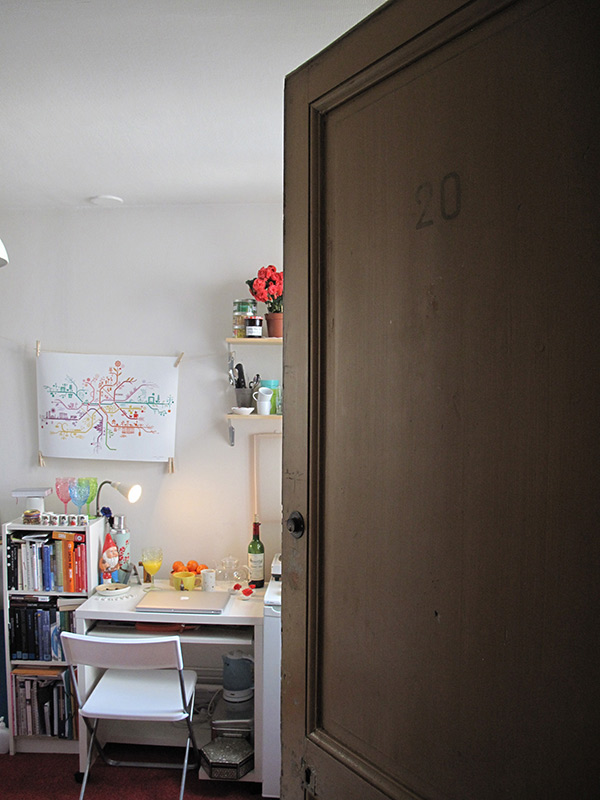 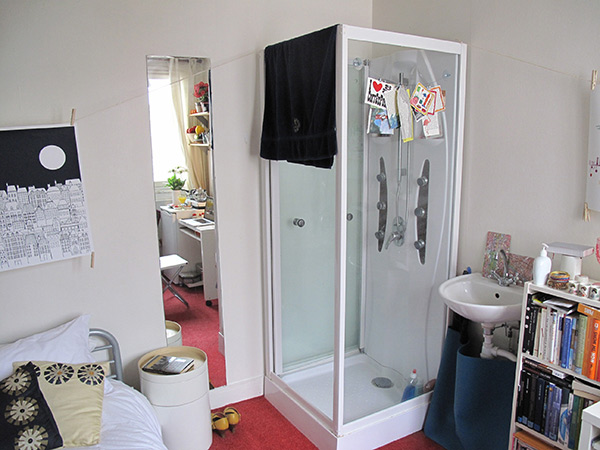 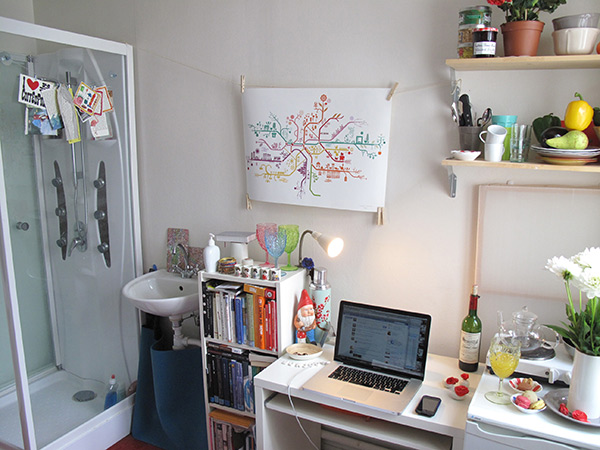 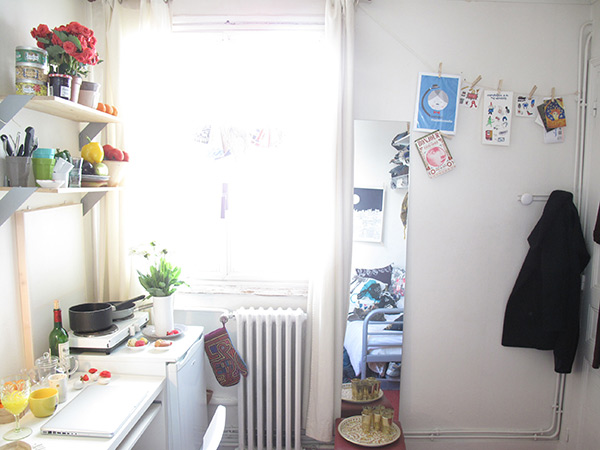 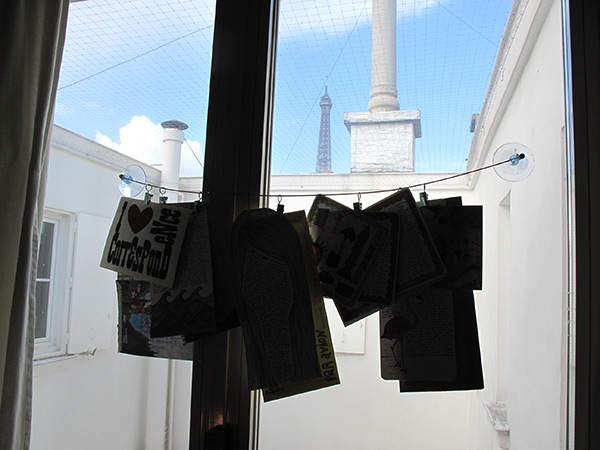 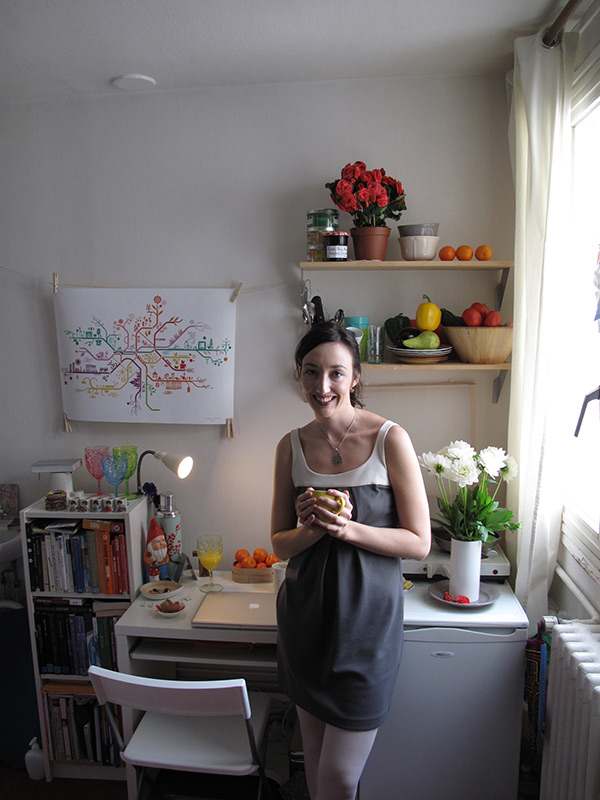 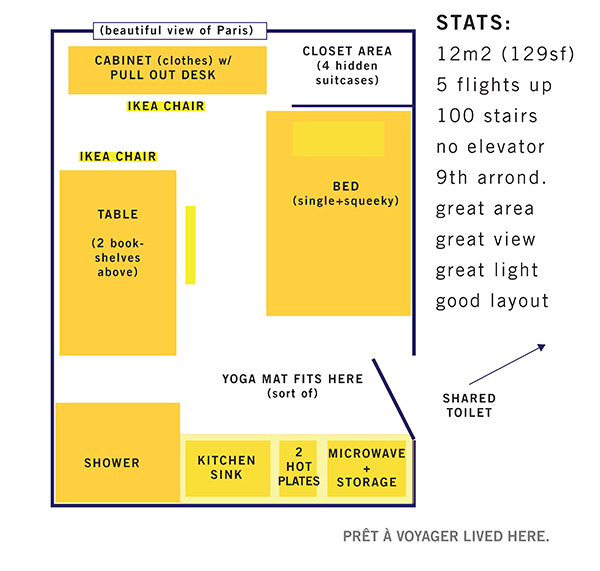 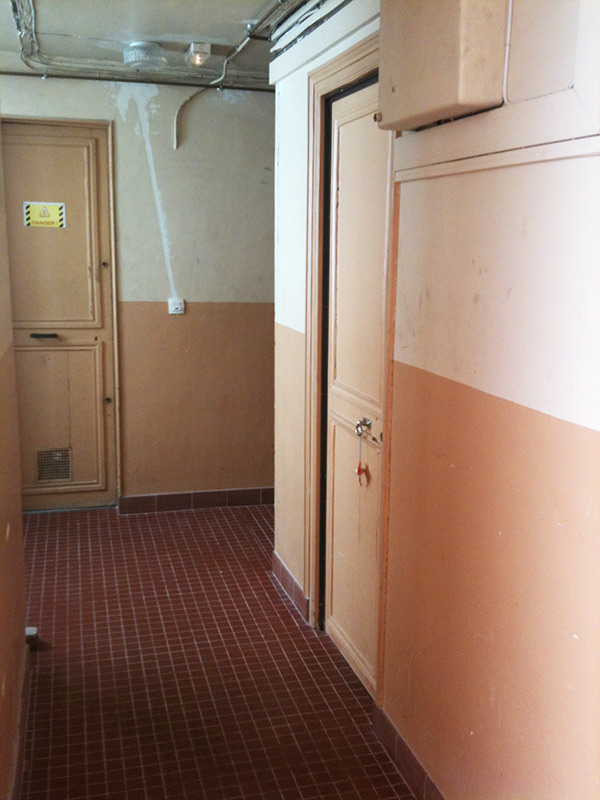 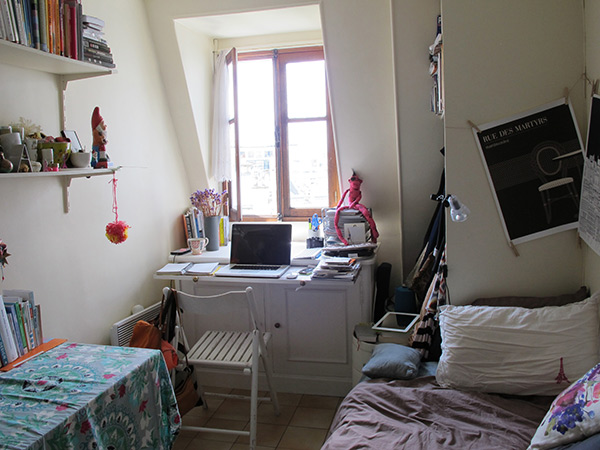 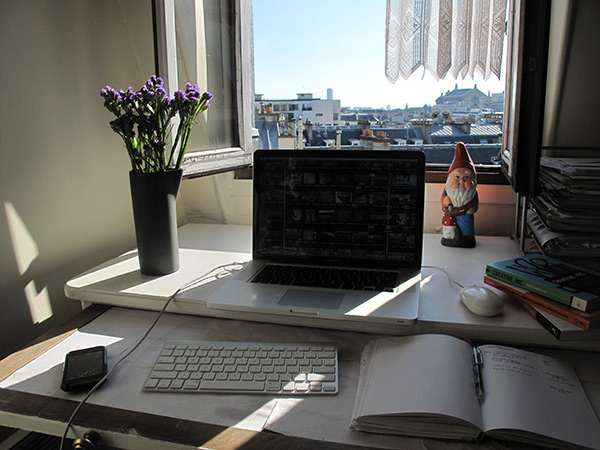 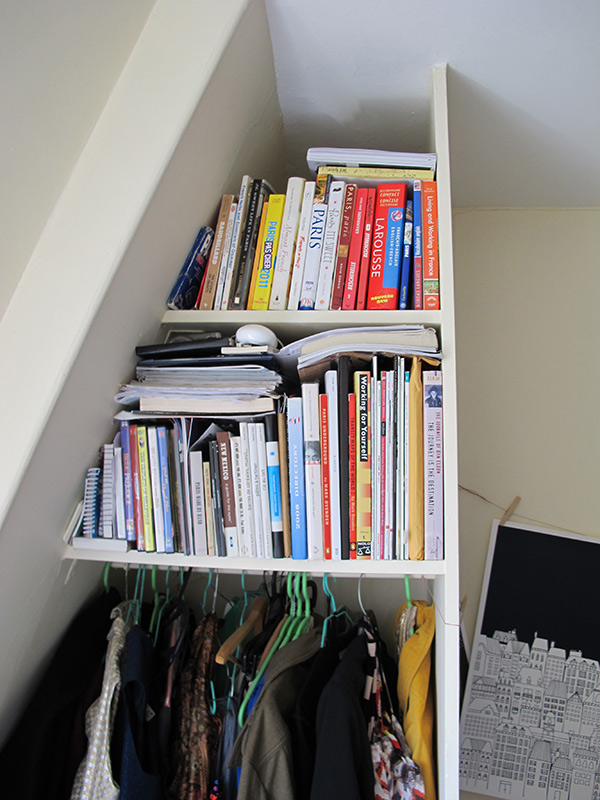 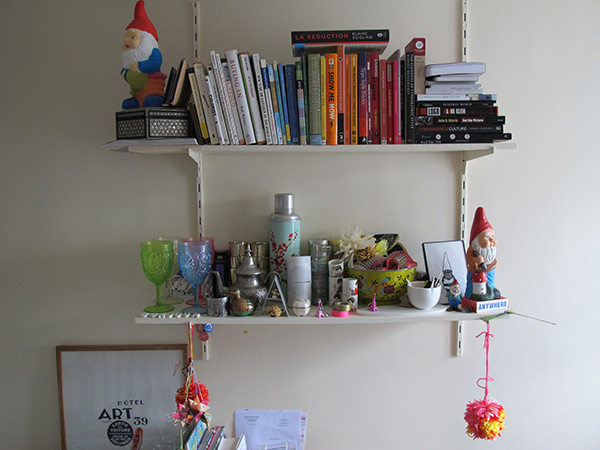 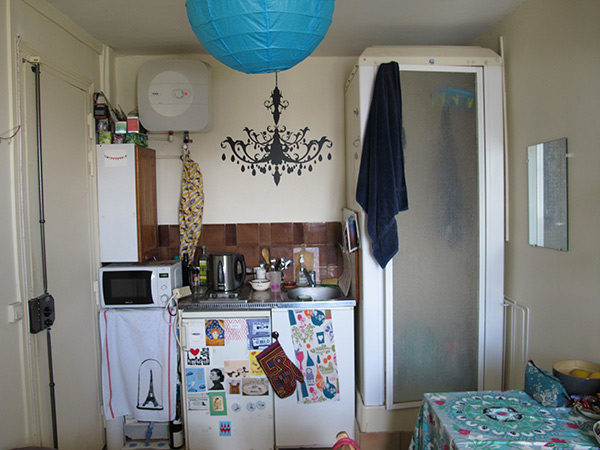 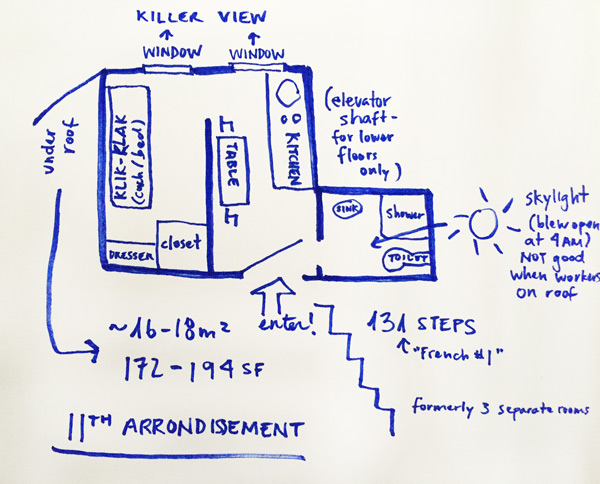 2012-2016
size: 16-18m2 (172-194sf)
location: 11th arrondissement [Parmentier]
floor: 7, no elevator (at least there were windows)
view: half of Paris looking south including Notre Dame and Centre Pompidou
price: 607€/mo
issues: skylight blew open at 4:30am during a crazy wind storm, hot water tank started leaking at 3am two days before Christmas, leaky window that landlord didn’t want to deal with for 2 years even after it started raining indoors on Easter Monday 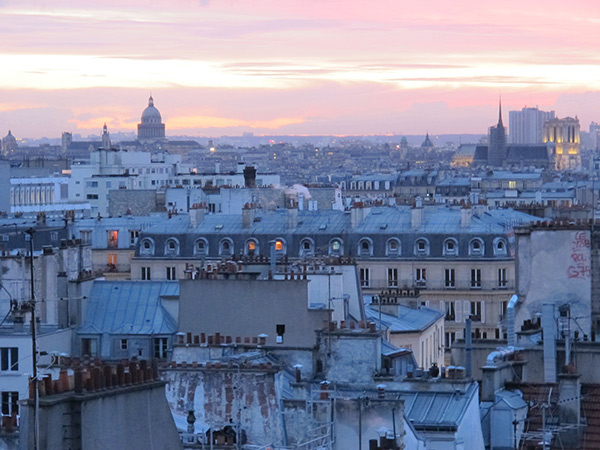 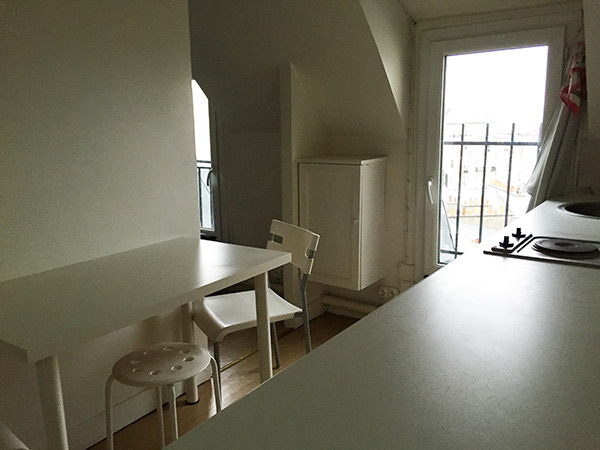 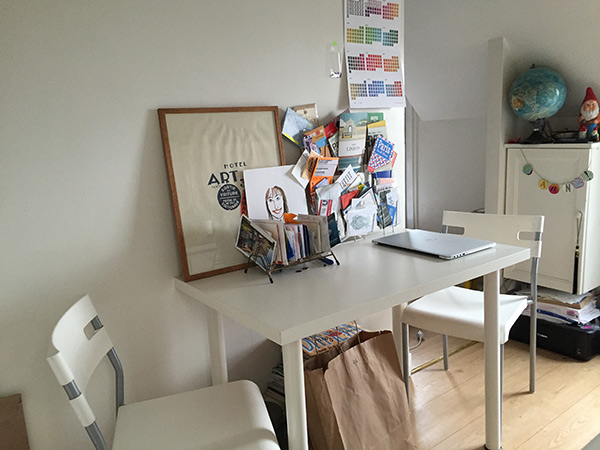 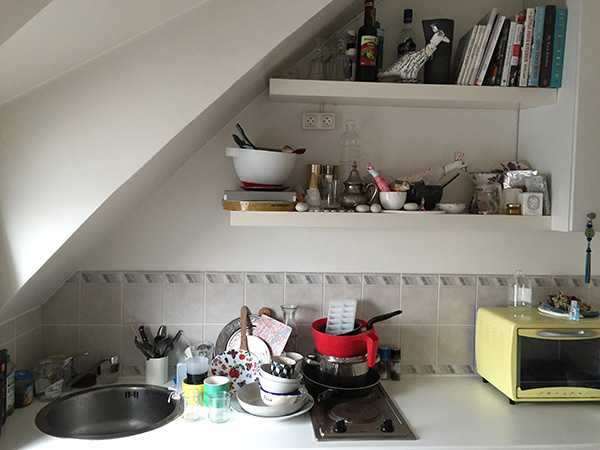 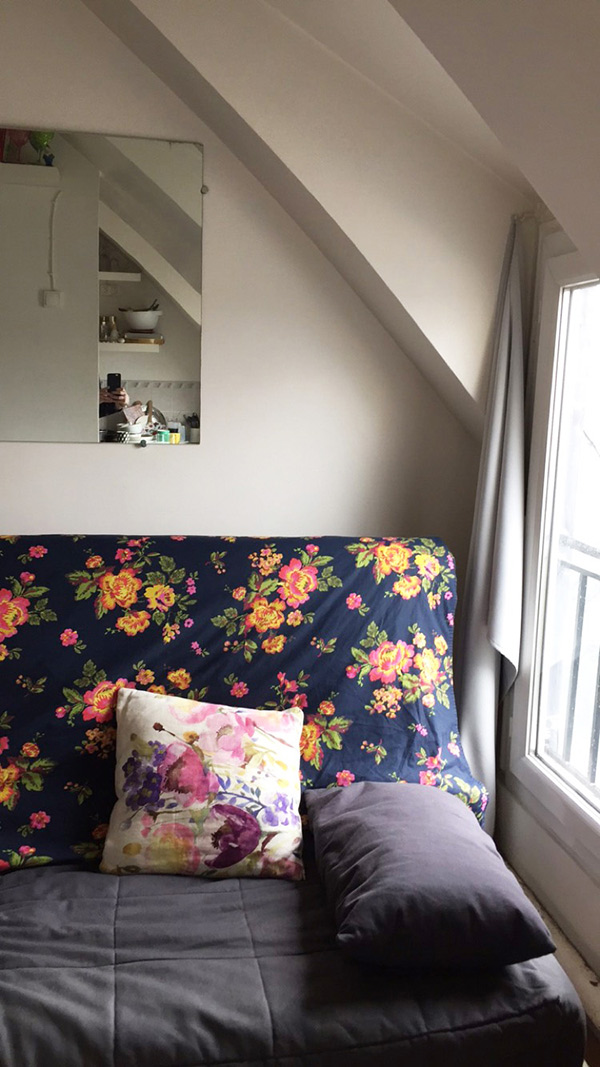 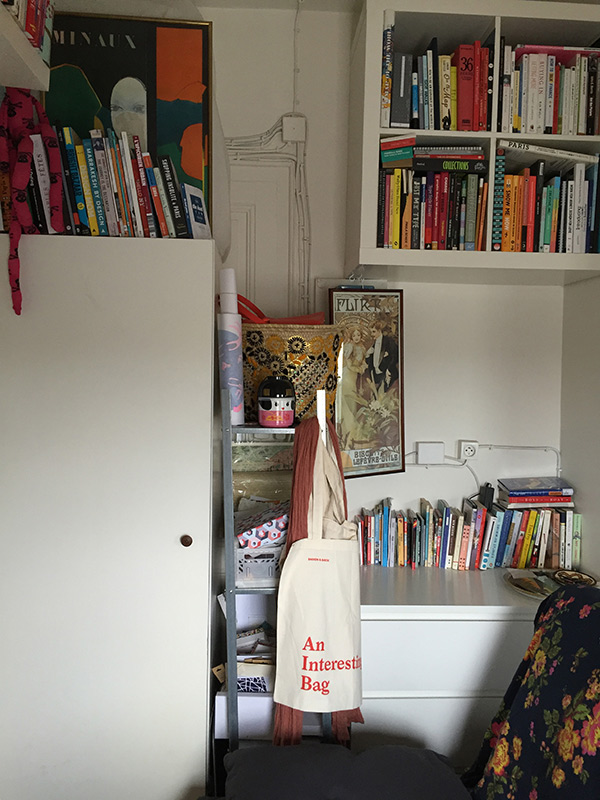 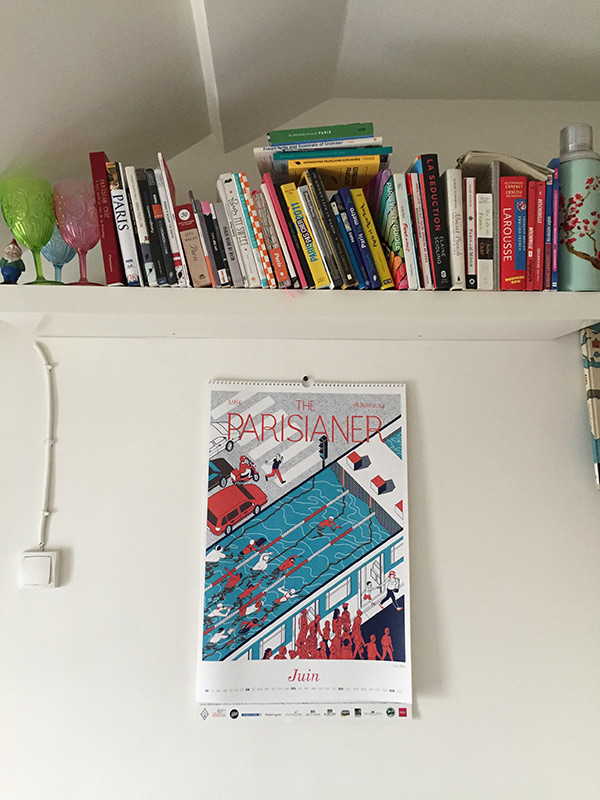 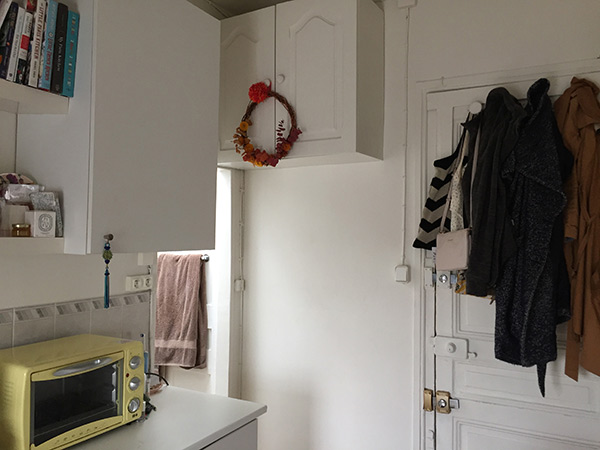 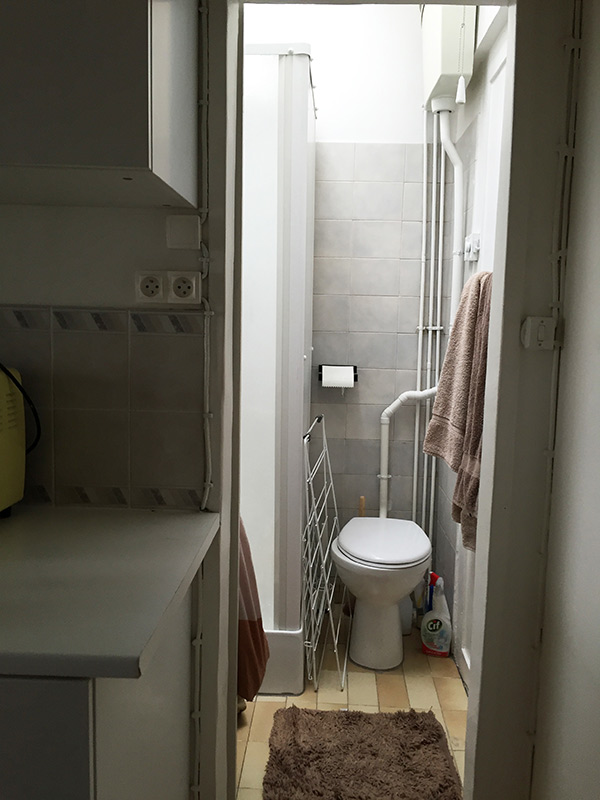 Soooo, when I say I live in Paris, in a small apartment, is this what you expected??

More in my {Un}Glamorous Paris series!