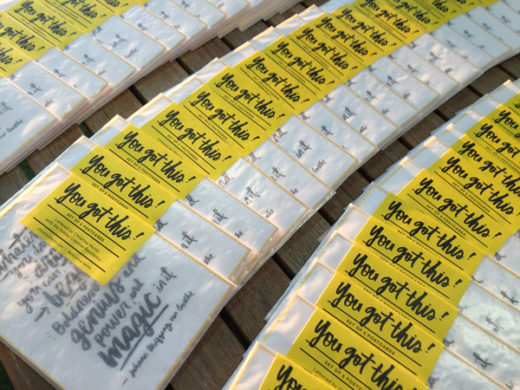 Whenever I meet new people and tell them the name of my blog, they say, “oh, you must travel a lot.” Which I suppose I do travel more than many people, but that’s not the point. With my motto I say “travel is not about where you go, but how you see the world.” I see travel more as a state of mind than a checklist of places you’ve been.

In 2017 I chose the word “pivot” as my theme of the year. I quickly came to realize that I couldn’t accomplish the changes I wanted if I kept doing the status quo. I also didn’t know exactly what this pivot would mean. I let curiosity be my guide. 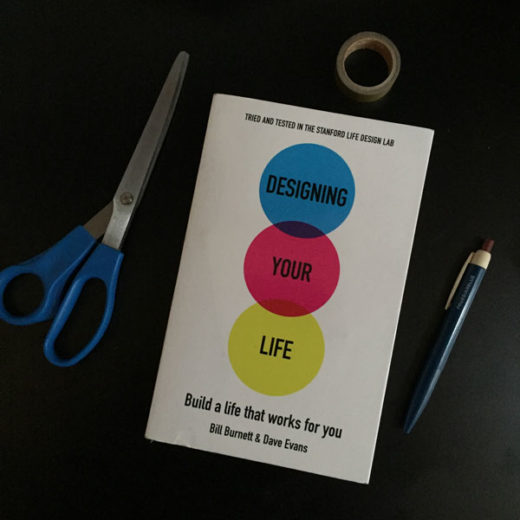 At the end of 2016 I picked up a copy of Designing Your Life, inspired by Stanford professors Bill Barnett and Dave Evans’s popular course that uses design thinking skills to help plan your life. (I also followed their course on CreativeLive). Rather than diving into one thing head first, they have you imagine multiple scenarios, and prototype and test them out before you make any jumps. It was a helpful tool too in making sure I was getting the most out of the status quo while I put gears in motion.

Looking back, it almost seems like 2017 was my “year of learning”. Each one of my travels involved going somewhere to learn something; it’s almost like I don’t know how to travel unless I’m learning something new. On my Paris tours I always encourage people to explore the city through their own interests. I realized that was the very thing I was doing for myself, and it took me a little bit of everywhere.

Most people would look at this list and say “what the heck is she doing!?” or “why is she learning that?”. But each of these events or workshops enriched my mind, and deepened my own work. In fact, from UX (user experience) to storytelling, everything I learned helped link together my past experiences and tied them together in ways I never expected. As Walter Issacson said, “The pattern tends to be curiosity across disciplines.”

Traveling to Munich was a no brainer. I’d never been, so if I have an excuse to visit a new place AND see friends, it’s a double win. Also, in a small world moment, my friend Yann-Yves (who I’ve collaborated with in the past) is part of the awesome CreativeMornings Munich team and filmed Christine’s talk. I’d traveled to San Diego for AdobeMAX where Christine had spoken in November 2016, so it was fun to see her presentation grow with more experience. 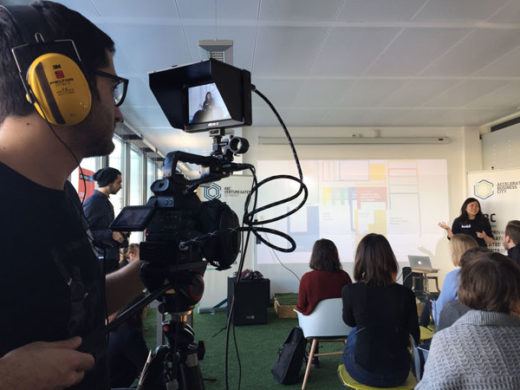 Yann-Yves in action. Sadly someone at the venue decided to open all the windows right before starting, making Christine’s slides less visible in real life, but thankfully there’s the video below!

During her creative residency Christine officially launched her Everyday Explorers product line. I connected her to all my contacts for the Berlin leg of her trip. Then I started to get jealous that they’d all get to hang out without me, so I decided it was best I go and support her ;) It was also the perfect excuse for me to stay in what would become one of my favorite hotels: the Michelberger. Her event went great and I even got to meet Erik Spiekermann, and reconnect with old friends I met through blogging. It was awesome seeing everyone have fun with her travel journal kit too. (It later inspired me to host a mini workshop for Christine when she came to Paris, knowing workshops are something I’ve been wanting to do more of too!). 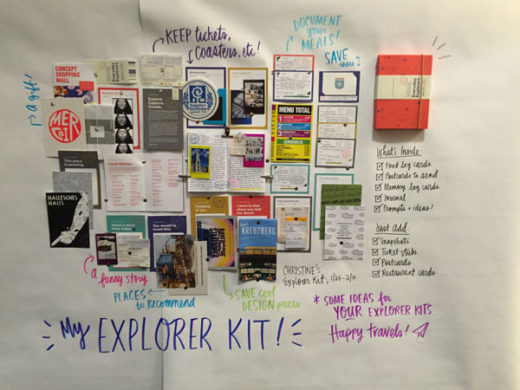 Develop an Authentic Leadership Style – but why? I like learning new things, and because I’ve encountered too many moments in my life which I feel like could have been essential learning moments, but instead they were just frustrations. I was curious to attend so I can be part of the leadership I want to see, and be. Turns out that instructor John-Paul Flintoff also wrote a book called How to Change the World which was a nice addition to my bookshelf. 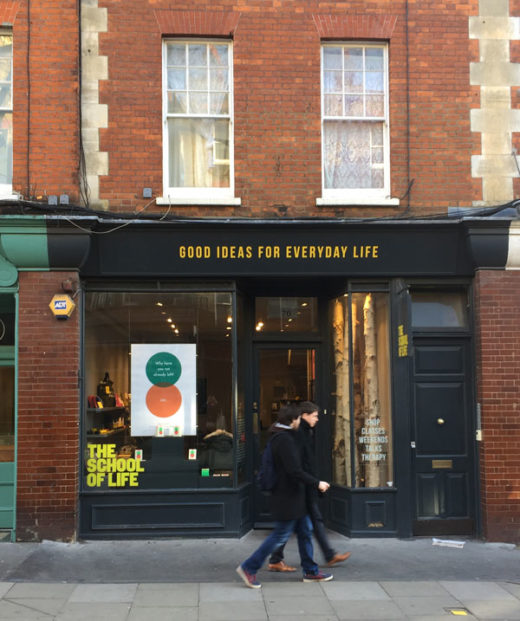 One of the possible paths that came into my mind while reading Designing Your Life was UX research/design. I knew it was already in my wheelhouse of experience, but just under a different label. I signed up for a UX bootcamp at General Assembly and it turns out that I loved it. While so much of user experience is about designing apps and websites, what I loved most was the focus on the work that goes in behind the scenes, in person, off the computer, and through sketches. The power of disconnecting to lead to stronger solutions. (Spoiler alert: you’ll see this connects to a pivot later in the year.) 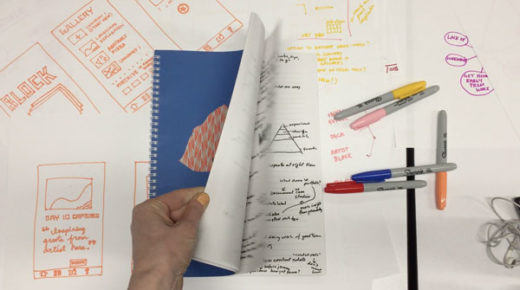 I’ve nearly filled a notebook per event/workshop I’ve attended this year. I love looking back through them, which helps spark ideas and my teaching.

The Annie Atkins Graphic Design for Film Making workshop in Dublin changed the way I approach projects. As a creative there’s a lot of pressure to be “original” but as Annie taught us, every film is created from existing worlds. Even the eccentric world of Wes Anderson’s Grand Budapest Hotel (the film that Annie worked on that made her a household name – well for designers at least) started with images of actual places. Rather than starting from scratch, looking to what we know can be a powerful tool. During the two day workshop we learned how to fake calligraphy, age documents, and even make fake passports.  Little did I know, but the simple act of having to write and create our own telegrams would give me an even greater appreciation of the telegram I’d find later this fall from 1942 announcing my mom’s birth. I see movies and my own family’s “archives” in a new way now. 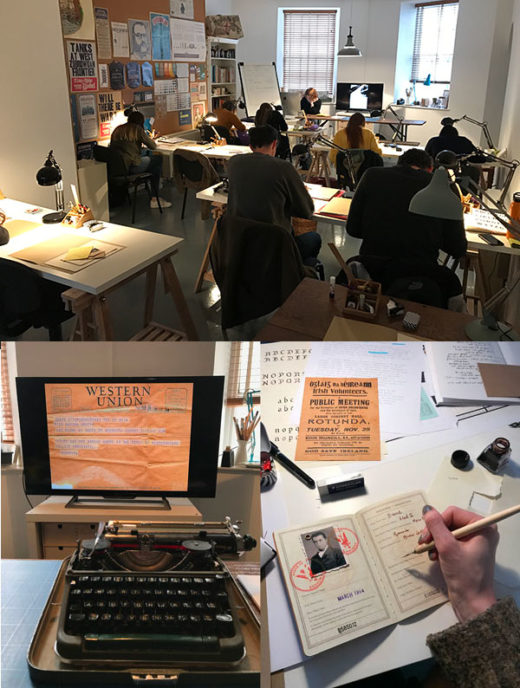 You can watch Annie talk about graphic design in film in the video from this year’s AIGA conference, or listen to her on the podcast 99% Invisible.

The Here London conference was inspiring for giving a look inside the process of different kinds of creatives. The conference is from the team behind It’s Nice That and Lecture in Progress (advice, insight and inspiration for the next generation of creatives)… And completely unrelated, that trip I had the AMAZING experience of Secret Cinema: Moulin Rouge (where I got to put my new prop-making skills to good use in order to get into character for the over-the-top immersive event). 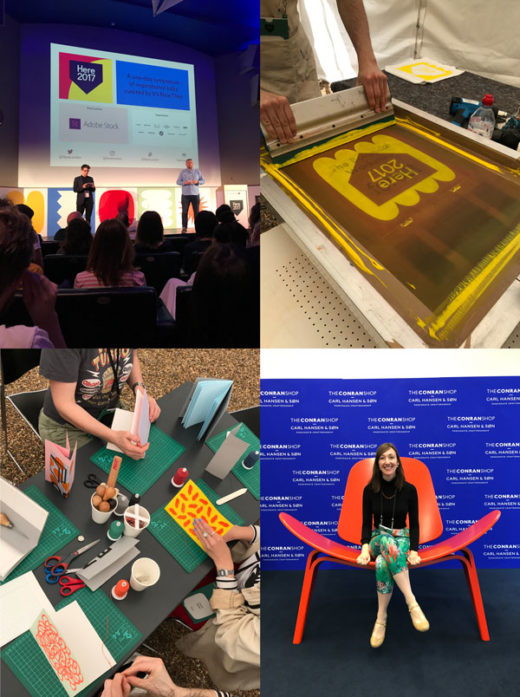 Know what I learned this year? I love making things with my hands. I don’t know if it’s a return to being a kid again, or just wanting to disconnect. The Risotto Studio‘s riso print studio’s notebook making station was a highlight!

Data Visualization? Really? Yes, really! Numbers scare me, so I’m trying to face them head on. Know what the biggest takeaway was from my Guardian Masterclass? Data Visualization is ultimately all about storytelling and deciding what story you want to tell, and for which audience. I was surprised, but not, all at the same time. I didn’t even have to try to find the connection to my other work – it found me! As for Edward Tufte, I’d attended his one-day seminar about 10 years ago. I knew I liked his approach and was ready for a refresh. It was an excellent exercise in simplification and looking at the facts. I was also looking for an excuse to go to Boston ;) 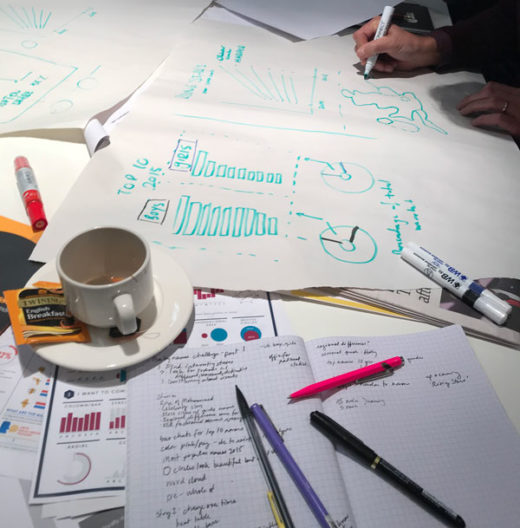 My Guardian Masterclass was led by Adam Frost and Tobias Sturt of Graphic. During the day we had a couple challenges where we had to determine how we’d visualize a data set. 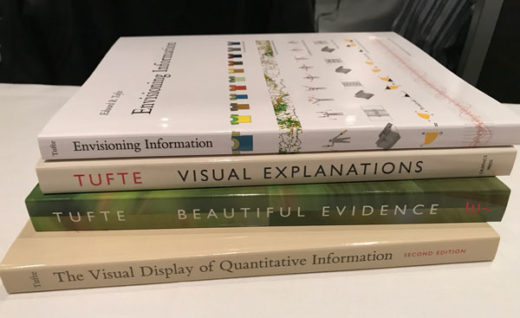 The Tufte books are valuable regardless of what industry you work in. They also are included in the seminar price (seminars are all over the country).

Of all my workshops, I was surprised that STORY led by 74-year old Robert McKee was the most exhausting. Three days of 9am-8pm lecture, culminating in a half-day analysis of the film Casablanca, was a shock to my system (or maybe it was the 16 movies I watched in 9 days leading up to it to prepare ;) ). Information overload at times, I still walked away with a brain full of different ways I could apply what I learned about screenwriting to storytelling in any number of ways across my work. Due to the intense schedule, I barely had time to talk to any of the other attendees, but of the couple people I talked to, one random conversation near the coffee queue has led to interesting conversations that may be leading to some intriguing endeavors and linking together of projects. It was another reminder of the perk of getting out and attending workshops (in the real world), especially when you don’t know anyone else. You never know when or how inspiration may strike. 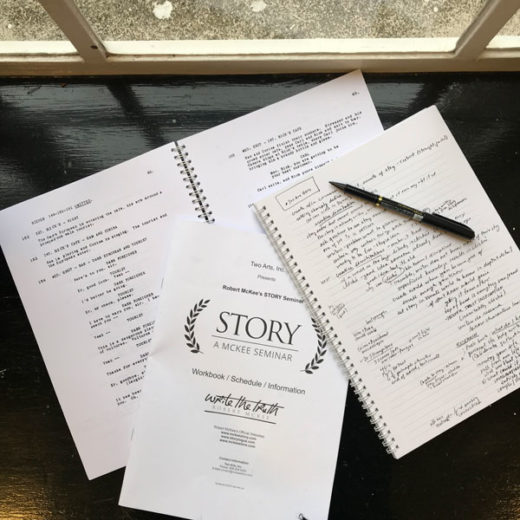 Robert McKee is the author of the books Story: Substance, Structure, Style and the Principles of Screenwriting, Dialogue: the Art of Verbal Action for the Page, Stage & Screen, and Storynomics (coming soon).

Believe it or not I did have a few other trips last year too, so maybe I’ll get around to sharing those one day too if you missed them on Instagram. I may not be good at taking actual vacations, but I’ll travel to learn any day! I have to admit, having one’s own business has it’s perks when it comes to writing off these expenses – it’s all an investment!

In fact, I happened to post a few images on Instagram – here and here – from my mom’s 1974 travel journal from her trip to Kenya and Tanzania with the American Natural History Museum the same day this post initially went live. It took me a little while, but then it clicked – my mom traveled the same way and loved to learn!

I’ll be stateside in the beginning of the year to see friends and family, I’m attending UX design events in DC and London, and will be back in London to see Hamilton (finally using those tickets I bought 18 months in advance!!!). That will get me through March. Beyond that, we’ll see where inspiring reasons to travel take me…

p.s. I didn’t mention it in the list because it’s all taking place in Paris, but I’m back teaching again! (One of my goals with my “pivot”.) I’ve been developing UX design curriculum and courses (in English) for OpenClassrooms, which is Europe’s largest online education platform. Turns out teaching is the most incredible way to learn! In my first two months on the job I learned more than I did in my two masters degrees (where I learned a lot too). It’s so rewarding! But even moreso, I think it’s a good indicator that I’ve pivoted in the right direction.

The best worst travel story everCreating Your Own Path