The best worst travel story ever 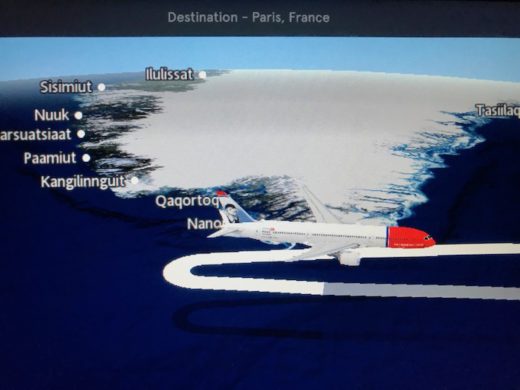 We were four hours into our journey when they made the announcement: we were turning back and returning to Paris. We all pulled up the location map on our monitors and let out a collective groan. We were HALF WAY THERE! They have to be kidding, right!?! Our flight still was going to be 8 hours, except now we were going to end up the same place where we started. 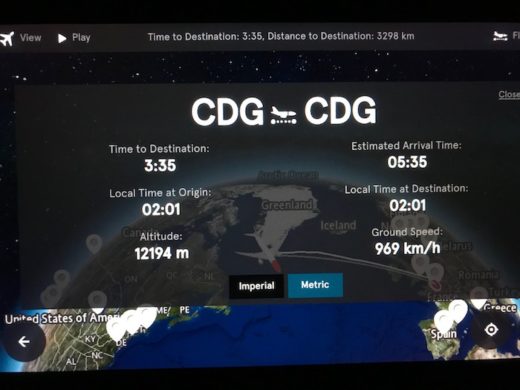 How to get jelag without actually going anywhere.

I knew weather delays could be an issue. This is just not how I expected it to unfold. My mom‘s wise words came in handy: I worry about the things I have control over, I don’t worry about what I have no control over.

Truth be told, I think some of my Facebook friends were more mad about the situation than I was. The way I see it, you can either complain, or make the most of the situation. I mean, how many people can tell the story of how they traveled halfway over an ocean, only to turn back to where they started?!? I tell everyone I meet now. 😂 I’ve found it’s a good conversation starter, and makes other people feel like their day hasn’t been so bad after all.

Thursday night I had questioned the fact that we were even departing, but I also was relieved to know the worst of the blizzard cyclone storm was supposed to be over by then. Alas, despite different previous messages, our pilot announced that JFK had indeed closed, and they tried everything but no other airports had space to accept us due to the crazy weather. (We also needed an airport with a long enough runway, and one that was still open at midnight). 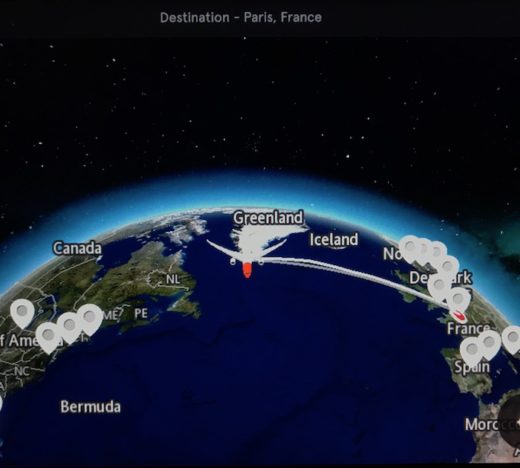 At that point I also realized how much worse it could have been. I didn’t go swimming in the ocean. We didn’t skid on ice when landing. I’m not traveling with kids or a baby (but my seat mates were!). And I didn’t have to deal with wet luggage from a water main break (that really did happen the day after we arrived at JFK and an hour after I departed for my next flight).

On the bright side, we were put up in a hotel at the airport and had free meals. And we – the self proclaimed “Norwegian [airlines] refugees” – had a common story. It made me realize one of the realities of living in Paris: I don’t talk to strangers like I do in the U.S. And I admit, I miss that. On the plane, no one could use turn to their phones – our new normal force of habit – so instead we had to talk to each other. I’ve never heard such chatter on an international flight, let alone at was 2am.

The conversations with strangers continued as we waited in line to check into the hotel, and to pick up food vouchers, and ate meals together. Each step of the journey we continued to bond. Suddenly our new 2pm departure later that day (by the time we got our bags and checked into the hotel it was around 7am), became a 7am departure the following day. The story kept getting “better” and better.

Through it all I chatted with people throughout the day with interesting stories I would never otherwise met. More than complaining, we laughed. A lot. In one case I met someone waiting in line for a dinner voucher, but when someone else joined the conversation an hour later, they assumed we’d known each other for years. Ha! 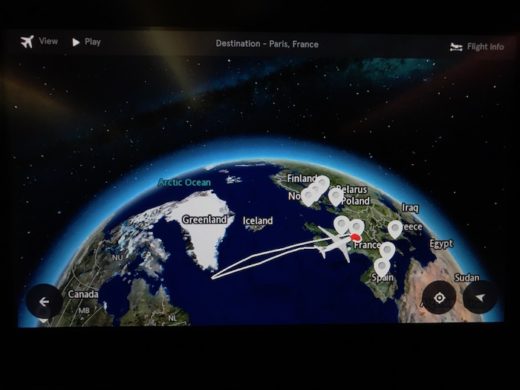 Waking up at 4:30am was not the most fun. Neither was the disorganized wait in the airport. Or the two hour late departure. But we had a bigger plane and empty seats, so that wasn’t so bad. When we FINALLY landed in NYC ~50 hours later there was applause. Then we we sat on the tarmac for 4 hours. It only added to the best worst travel story ever. It could ALWAYS be worse. 😉 Between hearing/seeing stories of friends trying to travel and social media, there was another dose of perspectivel. I’ll take 4 hours vs. the 13 hour wait on the tarmac we spotted on Twitter any day!

You can’t make stories like these up. So, yes, I’m telling the story about a plane turning around halfway to our destination. But it’s also a story of perspective and making the most of what comes your way.

From these adventures, I learned a few valuable lessons:

Ok, everyone has some travel horror story? What’s yours? Share them in the comments!