Champions of the World 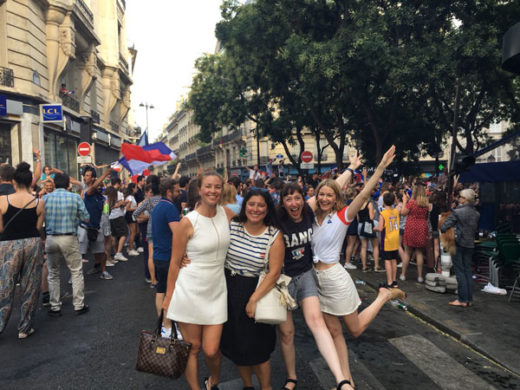 For me travel is more than going places, it’s about having different experiences. In the case of the World Cup I never grew up following it. Heck, as an American, I barely knew it existed, nor how all consuming it is for the rest of the world. Thankfully, with the help of a couple World Cup obsessed friends, I started to get the fever too. It also helped that France made it to the final, which was next level. (Their last World Cup win was in 1998, when the now coach of the French team—Didier Deschamps—was captain of the winning team). This is how the win unfolded for me… 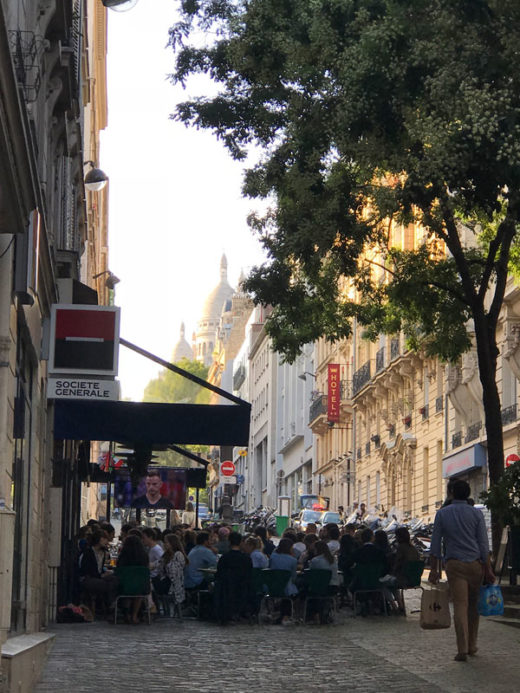 The World Cup lasts for a month, and for many fans, it completely takes over their life, planning their life around games. Bars spill out into the streets, as Parisians love to enjoy being en terrasse. 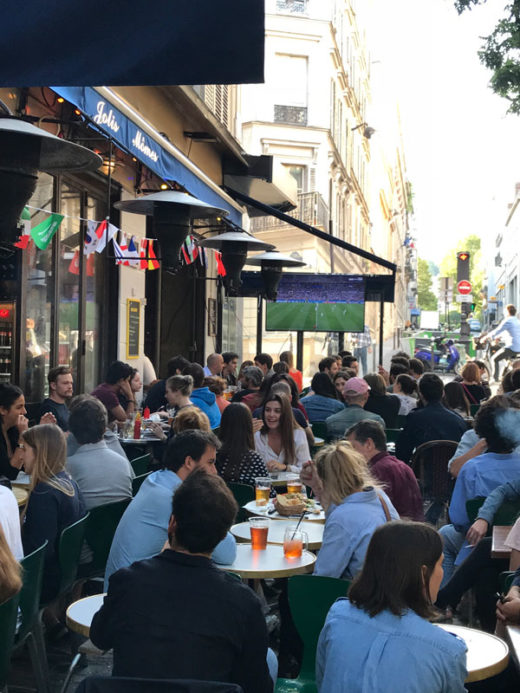 When the local team plays, it’s even harder to find a seat. One secret was finding restaurants that took out of their tables in favor of seating. (That’s how we watched the semi final match when France beat Belgium—note the celebratory beer on the ceiling!). 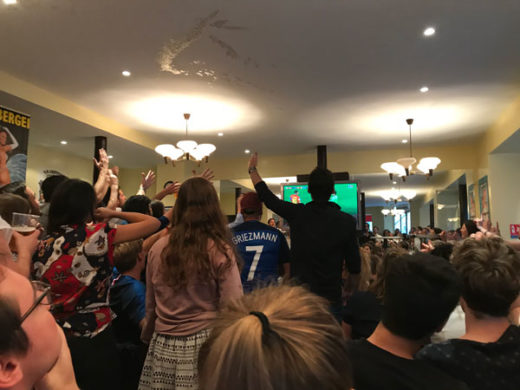 For the final, it was a scorcher of a day in Paris, a city that is not very fond to air conditioning (and honestly doesn’t need it most of the time, in addition for having high electricity bills). Final game day was like Bikram soccer (or “football” if you will). But it was worth it. So was the fresh air when the game was over ;) ! 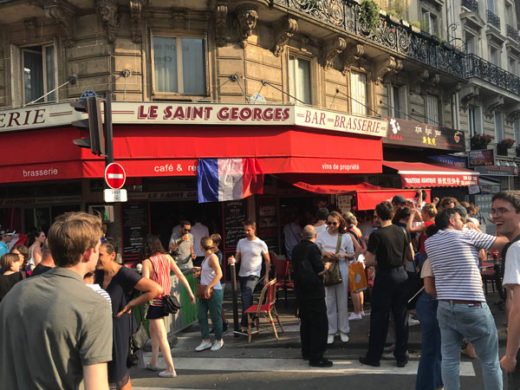 While watching the game at a friend’s apartment (I don’t own a TV) would have been cooler (temperature wise), and less crowded, there’s something about the energy of watching en masse that is so exciting. You’re in it together. From when there’s a goal, to the moment the TV freezes, there are highs and lows, screams and groans, and even grown men shedding a tear in public. 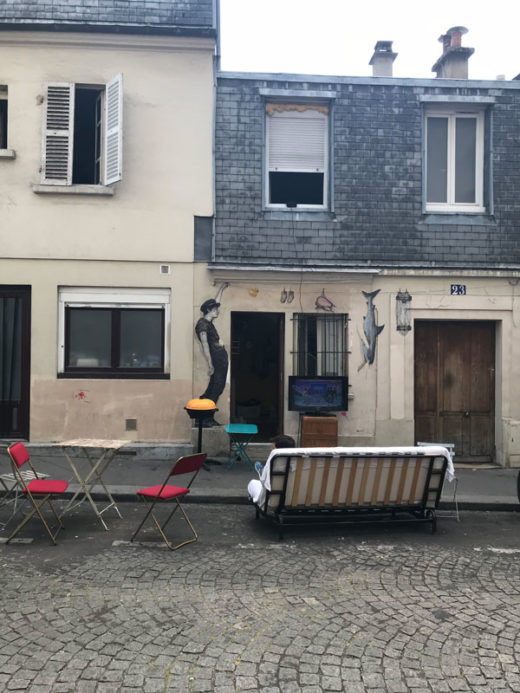 That’s not to say that some people didn’t get very creative with their “home” viewing set ups. The funny thing too was that even if your windows were closed and you didn’t leave they house you still knew what was going on based on the screams from every direction. 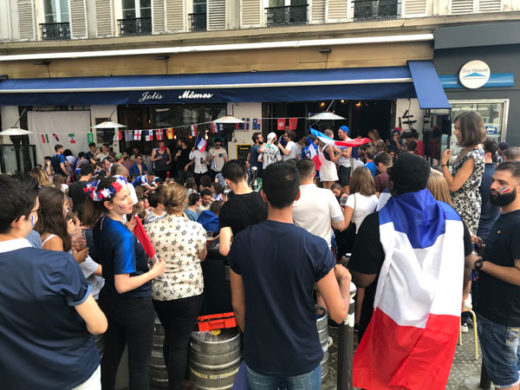 On Sunday, July 15 2018, the game started at 5pm, but terraces of bars were already overloaded hours in advance. The spirit was high, and never fleeting for hours. 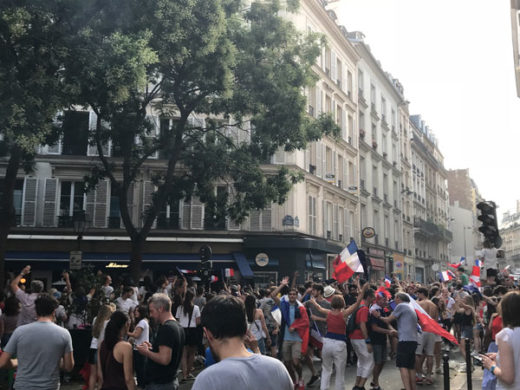 After the win, I could have done without the smoke bombs and seeing public property destroyed, but in general, everyone was just happy. Horns honked for hours, and hours, and hours. My head is still buzzing. 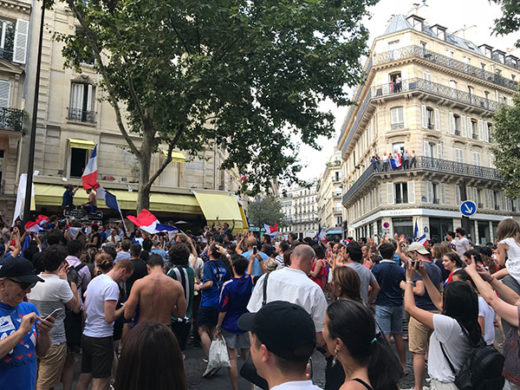 Strolling the streets, you kept happening about different celebrations. People watched from their balconies. Songs were of all types, but “We are the Champions… of the world” seemed most fitting.

I shared a clip of the singing at the location above on my Instagram post, and if you’re quick, you can check out my Instagram Stories before they disappear. I also recommend watching the Stories of the French players, particularly @paupogba and @k.mbappe29 for a peek behind the scenes, and the joy and friendship of these guys (why by the way, all the players are donating portions of their winnings to charity). The New Yorker also had engaging coverage, reading sports from a different perspective. The Guardian wrote about what 19 year old Kylian Mbappé has done for kids in the banlieue (suburbs) of Paris. And I loved this photo by Alexei Nikolsky of the moment Emmanuel Macron realized France had WON! 🏆 🇫🇷

Celebrations keep rolling on. Today (Monday) in Paris there will be a parade on the Champs Elysées and the RATP metro system had a bit of fun renaming 6 metro stations (just hope too many tourists don’t think they’re in the wrong place 😉).

There are so many wonderful stories to come out of this World Cup, so share your favorites in the comments.