What living in France has taught me about burnout 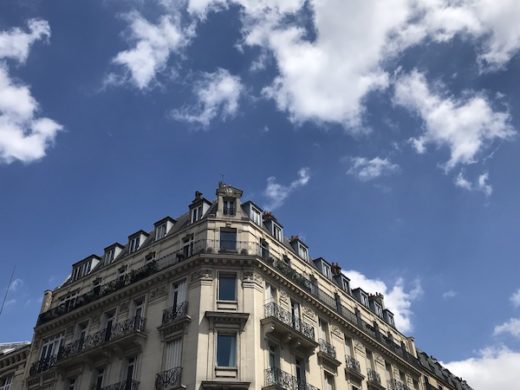 Nine years ago when I was still living in the U.S. I had a job where I received 10 vacation days a year (cue European jaws dropping!). After three years at the company I tried to negotiate for another week. I knew a raise wasn’t an option given the state of the economy. For me time has always been the bigger luxury. I was also well aware that every time I traveled I not only came back refreshed and inspired, but I came back with loads of photos that directly benefited the projects I was working on. Alas, despite my valiant effort, I didn’t get either more time, or money, during my annual review. But I still should thank those bosses, because it was just the boost I needed to get me to move to France.

I’ve often struggled with the unspoken American mentality of “the more you work, the better you are.” I’m not sure exactly where this idea came from. My best guess is seeing the crazy hours people in finance or law worked became a badge of honor (albeit it a twisted one). If you’re not working insane hours or sitting behind a desk, it means you’re not doing your job!?! Social media also hasn’t helped, as it seemingly rewards those who never pause to take a break. Behind the scenes, they’re burning the candle at both ends, but instead society and algorithms reward more is better, quantity over quality. It’s dangerous, particularly when the reality is rarely shared, so everyone else lives with a complex that they’re not doing enough.

I started my business two years after moving to Paris. I’d just finished my second Masters degree, and despite all the schooling, starting a business was something that I was not prepared for.

The afternoon of the day I graduated in 2011 I got a horrible migraine like never before, and a stiff neck. My body started to shut down with the realization that I no longer had the crutch of saying I was a student, despite the fact that I had been freelancing while I did my studies to cover my cost of living. I am a pretty easy going person and not one to overly stress, but the act of graduating set off something physiological in me that was out of my control. Now it was time to figure out what I was going to do for work. I wasn’t drawn to full time jobs, so I got a freelancers number (SIRET) so I could start working in France.

Grad school did teach me a lot of things, namely that I enjoyed the freedom and flexibility of being a student and setting my own schedule. It helped that a lot of my French friends at the time were doing their own thing too. To be honest, before moving a France, having my own business is not anything that had really ever crossed my mind. Maybe it was that I didn’t have any role models leading the way. Or maybe it was knowing the price of U.S. healthcare in the back of my mind.

Still, it took me a year or two to realize that while society seemed to be pressuring me work more, that my secret sauce was working less. And it’s not always working less, but giving myself enough time to process, or as I like to call it, percolating. My best ideas weren’t coming in front of a computer, but while walking down the street, swimming, or literally making connections in the metro. These days I’m appreciative of my AppleWatch which reminds me to stand up every hour, because sitting at a desk all day is not healthy either.

Several years into my business where I thought I was in a good groove, my body decided to remind me to slow down again. This time the physiological response was that my tongue turned white and I couldn’t eat anything acidic, so my diet turned to ice cream. Know what’s the worst when you’re already stressed? Figuring out what’s wrong with you! Eventually a colleague convinced me to go to the hospital. During my follow up doctors visit after my 7€ visit to the Urgences Stomotolige (mouth ER) I received the best advice I’d ever receive from a doctor: cut the toxic people out of your life! Not typical medical advice I realize, but it was exactly what I needed to hear. This time while business was in order, I hadn’t realized how toxic my landlord situation had become (and it was probably time to graduate from that 7 floor walkup 16m2 shoebox apartment).

Self care needs to happen in every aspect of your life. And while most people go to the gym to stay in shape, I realize I do it for mental health more than anything. As much as I can, I try to go three times a week. I used to be into intense cardio, but I’ve come to appreciate a good stretch and core strengthening class too. (Hello BodyBalance: a mix of yoga, pilates, and tai chi set to music, but I also enjoy punching and kicking in BodyCombat – very therapeutic!). I also walk to work, which is the perfect amount of time to be inspired by one of my favorite podcasts.

With time I’ve come to the realization that what works for everyone else wasn’t necessarily working for me. (Or maybe everyone else is just covering everything up too, or assuming it’s normal and OK.) For the past 7 years I’ve stuck to contract work in order to help ensure I have the balance I need to succeed. Traditional work environments guilt me into being at my desk and in front of a computer, and being an introvert at the core can make offices draining for me. (The irony is that my last two long term gigs I’ve completely embedded myself like a full-time employee!). I know full-time jobs have their benefits (and stability), but I also see friends burn out from full-time jobs too, which scares me more because it’s harder to step away when you know you’re running on empty.

One of my super powers has come from working on different projects, and the nature of doing that gives me the opportunity to zoom in and step back from what I’m working on instead of getting lost in the mania of deadlines. The tours I offer (I prefer to call them experiences) are awesome because they get  me outside. Not only am I unplugged from my computer, but it means I’m connecting with people—in real life!

When I give tours people often ask me what drew me to France. The year after undergraduate I spent a year teaching English in a French high school. I was contracted to work 12 hours a week with two weeks of vacation every six weeks. As you can imagine I didn’t make a lot of money (but hey, French salaries are already notoriously low because companies have to pay large amounts in taxes to the State). However, there was something in that experience where I saw the value in this less traditional schedule. The irony is that after that year I thought I didn’t want to be a teacher at all. Funny how things change. I just needed to teach in my own way, and on my own terms.

It’s not just teachers who get a lot of holiday in France. French vacation leave is closer to 5-9 weeks a year. If you work a job were you rack up a lot of overtime you get additional time off known as RTT (Réduction du Temps de Travail). In the start-up sector I know a company where you only get your bonus if you take 3 weeks off in a row during the year. Don’t worry, you can take other time off too! Civilized, right?!

Along with my reframing of what it means to work, I’ve also had to rethink how I work. Tech companies are the poster child for digital workflows. But that limits you to tabs and files. In the last year, I’ve turned to my trusty paper notebooks first. I buy unlined notebooks intentionally, so I don’t have to fit my ideas into a framework that exists. I’ve given myself permission to get messy, I move ideas around ideas on sticky notes, and I buy nice marker pens so it makes writing even more fun (cheap thrills). There are studies that prove that writing things down by hand lead to better retention, yet we don’t do it enough. I’ve fully embraced not being the cool kid, embracing old school paper vibes, and being OK with not working the way everyone else does. It also makes my desk feel more like home when I’m working from a client’s office which is an open floor plan with undefined seats. I even find myself going to my shelf and digging through old notebooks, thankful that I took the time to write things down. It’s fun to be able to integrate the things I’ve learned in the past into projects I’m working on now.

I’ve lived in France for nine years, and have been French for two, but this is the first summer I feel like I’m truly embracing being French and taking a proper holiday. In the past I’ve just stayed in Paris, opting to travel in off-season for better deals. I’ve always thought that I’d work on my own projects, but the reality was that I was always too burned out from the rest of the year to accomplish much of anything. No work happens in Paris starting in late July through most of August. It’s clear that the French step away. But it’s convenient because everyone knows no one is going to accomplish much of anything during that time. The summer I was a nanny years ago I learned that the French really don’t work while on holiday. They also don’t try to go and do million things, instead opting for time by the pool in-between meals that last for hours.

After the month of June that nearly destroyed me, I knew that I needed to have some travel on the horizon, and an actual trip. While I knew the month was going to be ambitious and intense, you don’t always know how to plan for the unexpected things that add up. (My friend Lauren recently told me that everything takes 3x as long as you expect, and I totally believe it!).

I know I’ve done the work, and I’m proud of the work I’ve done. As a reward, I’ve sought out vacations where I’m forced to unplug: Iceland and Maine. Turns out those low luggage weight limits and added fees are good for something — traveling light = sans computer! I think an email can go 5 days without a response for the betterment of my mental health. My second getaway involves going to somewhere remote, where the bathroom is an outhouse, and I’m fairly certain there is no electricity.

The other perk of planning travels is that it means you have something to look forward to. It’s the best incentive to get things done so you can enjoy the time away. While I’m still not taking a solid three weeks off in a row, or a month for that matter, it’s still more than those 10 days a year! And I already feel a little more French for it. 🇫🇷

p.s. For more on creativity and mental health, check out AIGA Eye on Design.

p.s.s. I also share more thoughts and resources related to personal growth, discovery, and entrepreneurship on my Biz Blog on anneditmeyer.com.

Champions of the WorldDîner en Blanc