Networking, co-working, and crafting in Paris 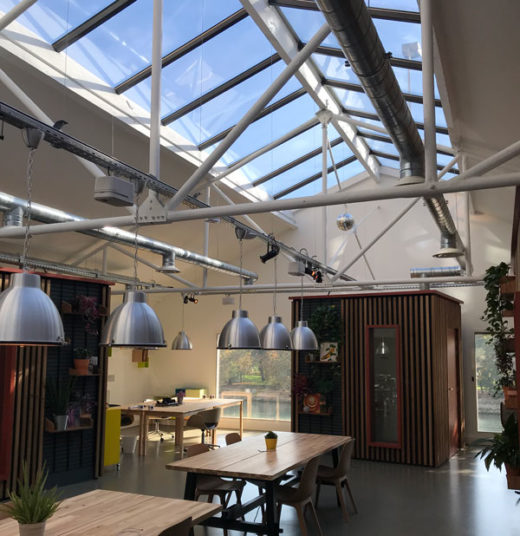 Let’s face it, whether you have a business or not, it can be a bit challenging to meet people in Paris. I often joke that it took me 10 years to meet French friends. The world it changing, and social media is making it easier to to connect, but still we’re all looking for those strong, true connections.  This was one of the topics that came up in my multiple “calls with strangers”, so, inspired by those conversations, I thought I’d put together a little guide to meeting people and trying new things in Paris. Getting out of the house is one place to start. Whether you’re planning to move to Paris in the near future, or have lived here for your entire life and you’ll looking for a new twist, there’s something in this post for you. And while we’re talking Paris here, many of these ideas can be easily translated to any city.

I broke it down into three sections: networking, co-working, and make & do. There’s a lot of overlap, but sometimes it helps to think about trying something new in a different context.

NETWORKING
The whole idea of networking makes me cringe, but I’ve always loved the idea of making friends, rather than networking. In the midst of my own career pivot, I find myself more drawn to meeting new people. I did jump on calls with 13 strangers after all. I’ll write about that another time, but for now, here are some places you may want to consider for meeting new people or trying new things. Most of them are in English, but you should always cross check if you don’t speak French.

CO-WORKING
I’m not going to lie. I haven’t really fallen in love with the Paris co-working scene, but putting this post together suddenly made it more exciting. There’s still a lot I have to try, and it all depends what you’re looking for. If you’re like me, sometimes you just need to get out of the house! Here are a whole bunch of ideas:

MAKE & DO
In recent years, Do-It-Yourself culture has really taken off in Paris. Keep your eye out for “ateliers” (workshops) and “cours” (courses) being offered in the city. They’re also a fantastic way to unplug and do something different. I actually didn’t realize there were so many cool options until someone asked me about it. This is a short list, which I’ll be happy to keep updating.

This post just brushes the surface. Share all your secrets! Where are your favorite places to work? network? and get crafty in Paris? Share them in the comments. Let’s do our part to help support small and independent businesses in the process. 😊

In case you didn’t hear, I’ve kicked off a new newsletter. Sign up to make sure you don’t miss anything I’m posting around the web. I’ve also started a business blog over on anneditmeyer.com.

Best app for navigating Paris: CitymapperThe State of the Blog (and Business)