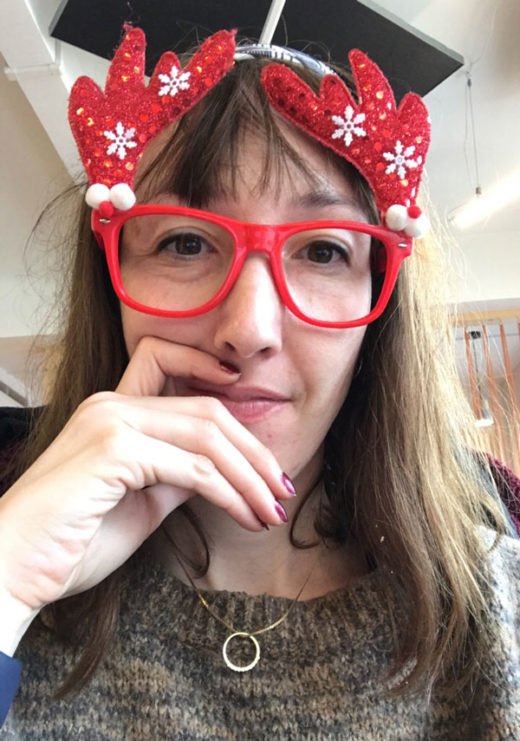 It all started with a pair of silly Christmas glasses I put on during an office party last year. The second I put them on I realized how much joy they brought me with the red plastic rim and sequin reindeer horns. I decided to wear them outside to see how others reacted. They were stone faced. This is France. Only the barista smiled.

I decided to wear them again the next day. I may have gotten another smile, but again, it was only the barista who gave any sort of effusive reaction. This time I not only got a compliment on my glasses, but he went on to make me awesome reindeer latte art. (Months later he’d remember me when I ran into him at another location, where I received a swan in my latte.)

These simple and seemingly silly exchanges are what inspired my word/theme of the year for 2018: talk to strangers. I thought it would be a good excuse to put myself out there more, and living in France, I wanted to “break the French” (translation: get them to crack a smile).

I often joke that I talk to more strangers by the time I’m through baggage claim in the States, than I do in an entire month in Paris. It’s not that I don’t want to talk to people, it’s just comme ça (how it is) in France. I’m often envious of tourists who don’t know all the cultural codes, and their role as a naturally inquisitive outsider who naturally talks to people. I decided it’d be a good test to get me to speak up more.

There weren’t many rules to this theme. The main one was that every time I went to an event I had to talk to someone I didn’t know. This probably seems the norm for many, but for an introvert at the core who often struggles to explain my atypical career, this was putting myself out there.

There was no rule that it said that I had to have a life-changing or even good interaction. I just had to talk to someone I didn’t know. In a way it was much easier when I went to an event alone. When you go with friends or people you know, it’s easy to use them as a crutch and only talk to them. The good news is I got a friend trained, who would say “do we have to talk to a stranger tonight.” The last time I found myself making an excuse (tired) at an event, I made myself go to someone sitting alone in the room. I know that French girl thought I was crazy, but I found it fascinating to meet someone completely different than me.

The fun thing about words to guide your year is that they can grow with you. While it wasn’t part of my initial theme (word) of the year, during 2018 I became very passionate about inclusion. It was a subject I became more aware of through design (privilege and representation), but realized it goes across everything. “Talk to strangers” became a way to be more inclusive, and make sure I wasn’t only talking to people just like me. I gained a lot of empathy along the way.

When you let your guard down, it opens opportunities.

Another theme embedded in talk to strangers was “listen”. So often we pretend to listen and nod and smile, only to be distracted by our phones. I not only worked on listening—really listening—also the fact that didn’t need to always have a response or answer to everything. I embraced awkward silences, although, to be honest, there weren’t that many.

The thing is, ever since I gained this awareness about listening, is that I learned so much. I have yet to have a conversation where I haven’t learned something new, picked up a new “nugget” or something I can file away for later that may help me—or someone else—on a project. I listen for insights, anecdotes, and the unexpected. I’m constantly learning something new.

In late October, I took the theme to the next level as I was transitioning out of a major project into whatever was next. An acquaintance on Twitter put up an invitation with 30 minute calls to connect with people who follow him. We’d met once before at a conference in NYC years ago, and I wasn’t sure he’d remember me, but it was a no brainer and I hoped on the call with him. And OMG, it was so much fun, and we talked about so much random stuff from past to future. So often we have conversations with a goal in mind, so just talking with someone was refreshingly fun. It also ended up becoming a new professional contact for both of us—super enthusiastic about what the other was up to—even though that’s really not what it was about.

During my recent professional transition, I knew I needed to be open to possibilities and opportunities before jumping into what’s next. I adopted “experiment and have fun” as mantras for decision making. This blog has been around since 2007, so I decided to reconnect with readers I’d offer a handful of free 30 minute calls with readers. Most of the eager participants were people who knew my work well, but I knew nothing about them.

Know what? It was AWESOME. In my thirteen calls over two days, I had such a blast on each of them. I connected with people, learned all sorts of new things, was able to provide encouragement and support, and share some resources as well. They taught me a lot in the process too. Exchanges and conversations go both ways. And when there are no expectations, everyone can just have fun with it.

The craziest part was the last 5 minutes of the final call is what unlocked the door to what’s next. An incredible opportunity I could never have imagined for myself manifested—one that combines all my interests and skills, while challenging me too. It wouldn’t be perfect for everyone, but it felt like it was written for me. When you’re open, you never know what something can lead to.

My crazy idea of conversations with strangers was just to do something different and have some fun. And this is not to downplay my other conversations. Each one helped feed something I didn’t know I was looking for. I have talking to strangers as my guiding force to thank for this. During a period where it often feels like information is passively digested, connection became a tool to energize both me, and the person on the other side of the call.

It’s not until you are willing to get outside your bubble, that you fully can understand what’s really going on. Connecting with strangers (aka readers) helped remind me of why it is I do the work I do. It can be easy to get lost these days or take the simple things for granted. Sometimes you just need a handful of strangers who can help guide your way.

Seriously, you never know what talking to a “stranger” may lead to. Sometimes a smile is all you need. 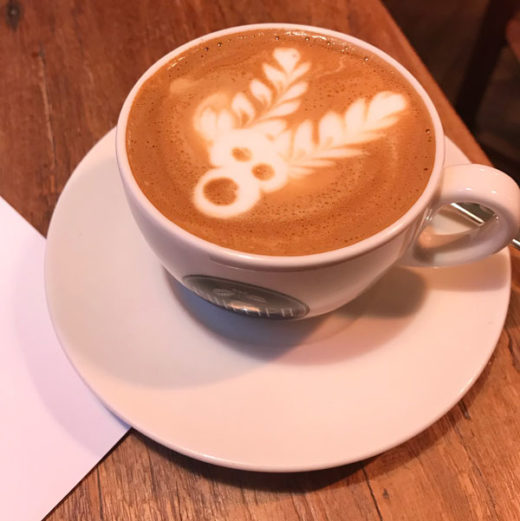 You can also find me on my business blog + weekly newsletter. I also offer 1:1 creative consultations.