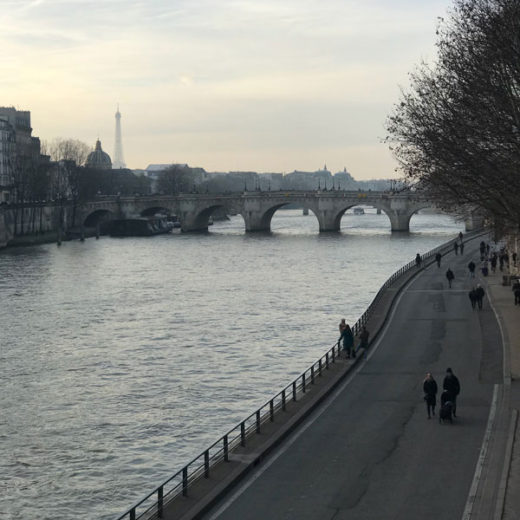 I often get asked about moving to and working in France, so I thought I’d put together a list to help break down some assumptions for non-EU citizens. This post is a synthesized variation of my recent post, Everything I learned the hard way about running a business in France. The other thing to keep in mind is that laws and bureaucracy haven’t exactly kept up with the times, and the ways people work, or the fact that the internet allows many of us to work from anywhere.

Even if you have no plans to start your own business in France, it can be helpful to better understand the French mentality when it comes to having the legal right to work. Working in France forced me to get more creative (in a good way), and led me on a path I don’t think I would have otherwise imagined.

“Creative constraints” are a theme that come up in a lot of my business writing. They’re the forces beyond your control that can be frustrating, but at the same time can make you come up with more creative solutions to “make it work”. When telling my own story, the factors and limitations of living and working in France helped shape my trajectory. If I wanted to survive I needed to be creative. While it wasn’t all fun and games it lead me on a path I never imagined for myself. An even better one!

Here’s an (incomplete) list of assumptions deconstructed as they relate to living and working in France:

It’s always a good idea to double check any information I’ve shared with the related agencies in France. Laws change from time to time, but this is what I’ve uncovered from my experiences.

This incomplete list of “creative constraints” is also how I came to have a “portfolio career”. It’s a term I first learned from happiness consultant Samantha Clarke in London, and I think it’s a term that may be a bit more common in Britain than beyond. Samantha defines it as: “A portfolio career is a collection of multiple strands of work (that might include part-time employment, freelancing or self-employment) that when combined are the equivalent to or more than a full-time strand of work.” 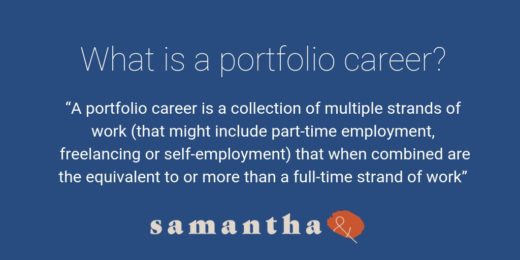 Being able to think more creatively about work allowed me to not only overcome the “creative constraints of France”, but also created an environment where I thrive. France or elsewhere, I do say the future of work is changing.

Like any job, I learned my strengths and weaknesses, and learned many lessons along the way, often the hard way. The main difference was that after grad school in Paris I was working in less traditional ways—namely with the help of forward thinking US-based startups—where income streams looked different too. I also already had 5 years of work experience under my belt by this point, and was stubborn enough to believe I could figure anything out.

My best advice is to ask a lot of questions. And as them in different ways. People won’t always volunteer information, and the answer for an expat isn’t always the same for someone who has lived somewhere their entire life. My goal is my posts can be a jumping off point to help you ask better questions.

Here’s a bit more reading that may help you think more creatively about your own work wherever you life, and whatever you do.