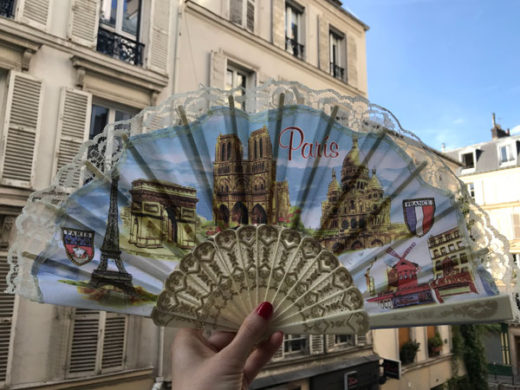 Paris is an incredible old city, but one thing it’s not equipped for is the heat.

As an American I grew up around a lot of air conditioning, but to be honest, I often found it too much. I have childhood memories of being miserable running an errand with my mom at the grocery store after going to the pool. As an adult I remember seeing a movie in LA where the most memorable thing about the movie for me was how cold I was in the theater!

It’s the differences in temperatures that I struggled with in the US: the over air-conditioning. Then I came to France where my gym teachers think that a bit of air conditioning (“la clim” short for la climatisation) at the beginning of class will make us sick. (I’m really just asking for some air flow, but maybe I’m just wired differently.) The only time I’ve ever been “too cold” in Paris is outside in the dead of winter. Granted, electricity in France is quite pricey, but I’m just asking for a bit of air sometimes!

When I first moved to Paris, sure there were some hot days, but not like there are these days, where days have turned into weeks. It took me four years of living in France before I ever bought a fan. The super hot days existed, but were few and far between. But let’s face it, global warming (known as la réchauffement climatique in French), and there have only been more hotter days since I moved here nearly 10 years ago.

The thing about Parisian heat waves is unlike what I grew up with where the hottest part of the day are after lunch. I find the heat often peaks in the early evening, seeing as the sun doesn’t set until around 10pm. I have a memory of going to the cinema in Paris a few years ago in attempt to stay cool. I came out at 7:30pm and much to my shock and awe it was now warmer than it was when I went in. It was 104°F (40°C)!!

As a kid I spent a lot of time outside as a lifeguard, and while it got hot in Virginia, I never remember it breaking 100°F. In Paris I’ve seen it happen too often (and it’s slated to happen again this Wednesday and Thursday). The true irony of all this is that for much of June I was wearing long sleeves, a jacket, and even a scarf! 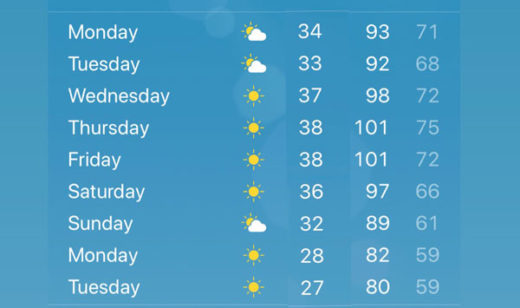 (The first column is celsius, the second fahrenheit, and the third is lows in fahrenheit)

La canicule, the heat waves are real, and the city takes it very seriously.

As we all learn to navigate the Parisian heatwave, here are some tips. I’ve been mentally preparing for days, because I know with this kind of heat, my productivity will go way down. 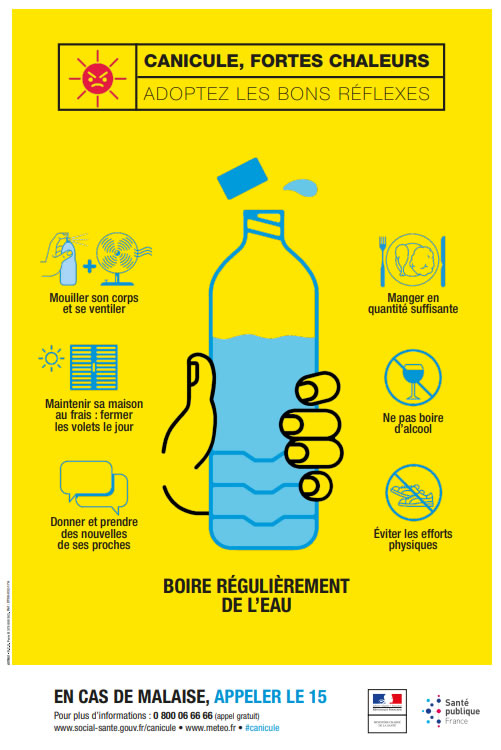 A poster from the French public health system reminding you to drink water, avoid alcohol, and minimize phyiscal activity. 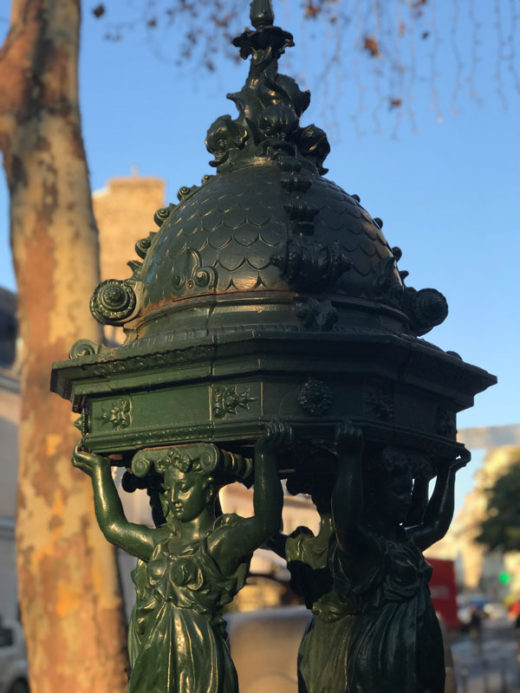 If the water isn’t automatically flowing on a Wallace Fountain, look for a silver button. Sometimes you have to press hard. 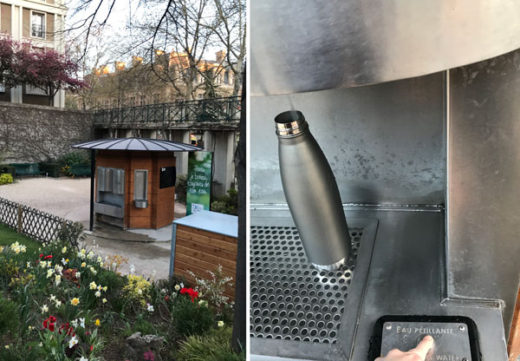 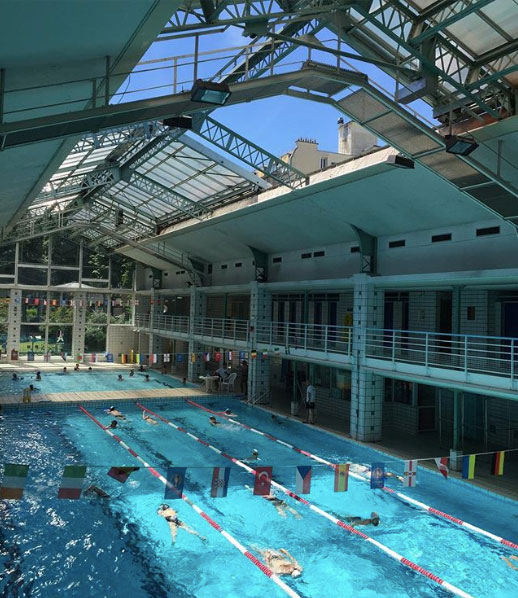 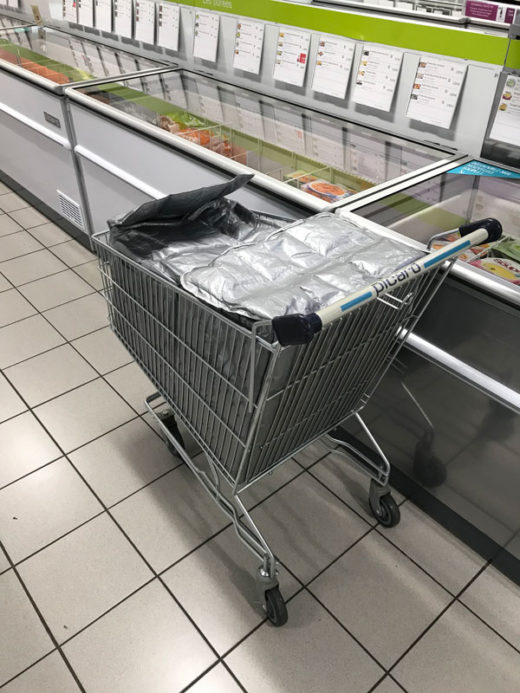 At Picard, there are insulated shopping carts when the staff is restocking. 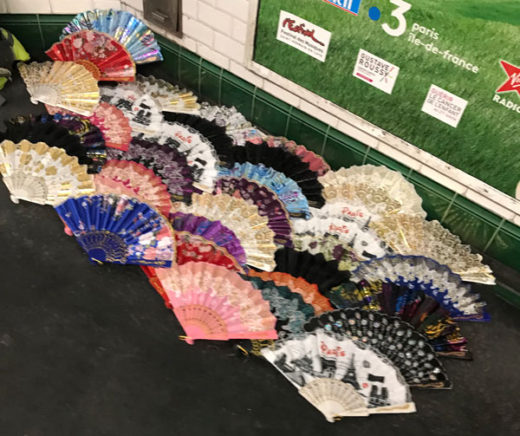 For just a few Euros, one of these plastic fans can be yours! The catch is you can’t always find one when you need it. Mine, pictured at the top of the post, is from a tourist shop.

Please share any other tips in the comments below! Good luck surviving this week! 🔥

If you found this post helpful, stay tuned, as July 1st I’ll be launching a new Navigate Paris offering to help you explore like a local and make the most of your time in Paris! Sign up for my weekly newsletter to be the first to know.