How to celebrate Bastille Day in Paris 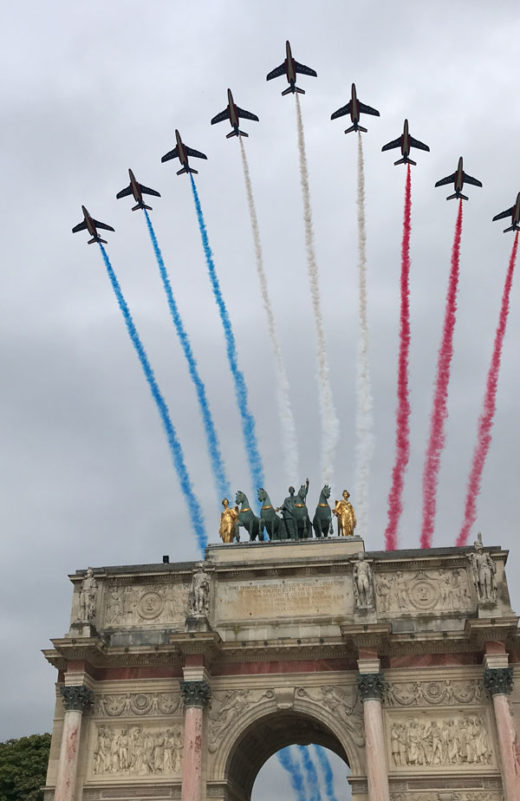 Bastille Day—better known as 14 Juillet—in Paris has come and gone, but there’s always next year. I looked back on my archives and I’m surprised I’ve never posted a practical piece about the Fête Nationale, so I thought it’d be fun to put something together while it’s fresh in my mind so it’s ready for next year.

Here are 5 tips to help you plan your Bastille Day in Paris:

1. Call it 14 Juillet aka Quatorize Juillet aka the 14th of July. Bastille Day as a term is an anglophone make-up.

2. While Americans rock their red, white and blue to show their patriotism, dressing the tri-colors bleu, blanc et rouge, is not a French thing (for any holiday). That doesn’t mean don’t do it, it’s more of an FYI. Don’t expect Bastille Day food traditions either!

3. The bal des pompiers are big parties held at firehouses around Paris. They ask for a donation when you enter, and then there’s cheap beer (~5€) and champagne (~35€/bottle) for sale inside. You can expect music in the form of a DJ or sometimes a cover band, and it’s a good ole time. In the past the bals have been held on the evening of the 13th and 14th, but starting in 2019 they were a one night only thing (the 13th). They’re a family friendly thing, particularly earlier in the evening, and you can see people of all ages inside, although it does tend to get to be a younger crowd (aka 20-somethings) as the night rolls on. Doors tend to open around 9pm, and I recommend arriving by 10pm, otherwise you’ll be in the dreaded fils d’attente (line) waiting to get in. I find the more central the firehouse, the more crowded it tends to be, so head to the further out arrondissements for a truly local vibe, where you can move a bit more. Not every firehouse participates each year, so check the list before you go (or look for the banner hanging in the street that advertises it in front of the firehouse). I do enjoy using it as an excuse to visit different parts of the city too. In the past I’ve visited bal des pompiers in the 6th, 9th, 10th, 19th, and 20th. Final tip: pack some tissues as they’re likely to run out of toilet paper. 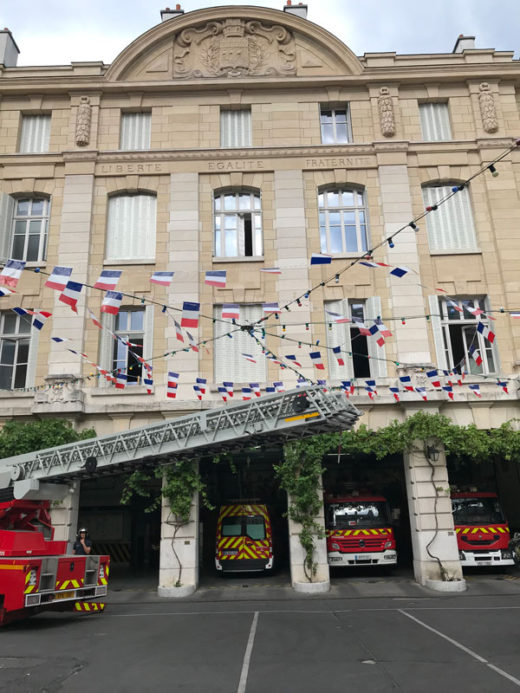 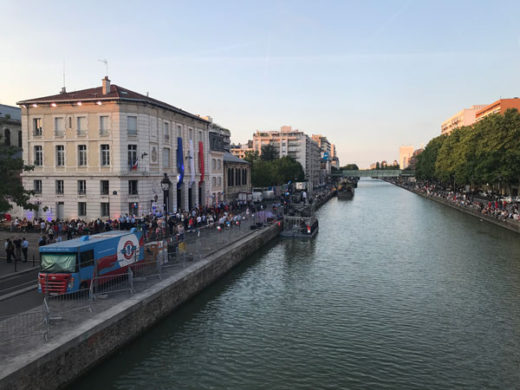 4. The 14th is for official celebrations, namely the parade on the Champs Elysées. Bleachers are reserved for invited guests, but the public can go as well (I’ve never gone, but if you do, go early)—or watch it on TV for a better seat. My favorite part of it is the fly over of planes. It always starts with a formation that has blue, white, and red jet streams (if that’s the right term).  These planes move fast when you’re under them. My favorite spot to watch is in the Tuileries where I can see them fly off in the distance over the Louvre, but just know they take fly straight across the center of Paris (almost like line 1 of the metro). The older planes are cool too. You can hear them coming, but they move a lot slower. 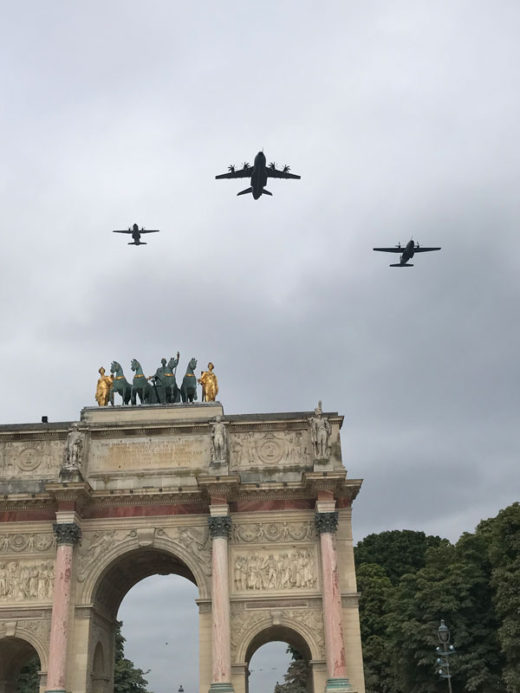 5. The evening of the 14th is when the fireworks happen at the Eiffel Tower. Because the show is literally on and around the tower, the best view of the show tends to be from the Champs de Mars. If you’re going to commit to seeing this, it’s best to take picnic blankets early and make a day out of it. You can see the fireworks from other parts of the city, but unlike where I grew up, the spectacle is low in the sky (the tower is big, but not THAT tall). If you can get a seat by the river where you can see the reflection, that can be nice, or there are parking garages in the city that have some killer views from the top. Because summers are long and the sun sets late in Paris, the show doesn’t officially kick off until ~11pm. You can also find it online or on TV. Venturing to see the show is cool (I rolled up once years ago and stood in the back), but be warned that getting home is long and slow given all the crowds (I thought I was brilliant walking to a further away metro, but clearly there were loads of others who had the same idea).

Share your favorite 14 Juillet tips in the comments below!

For more insider Paris, check out NavigateParisOnline.com, it’s my online offering that will save you time and money, and help you make the most of your time in Paris, just like a local.

12 years of blogging: How I lost — and found — my voiceThe problem of overtourism