The problem of overtourism 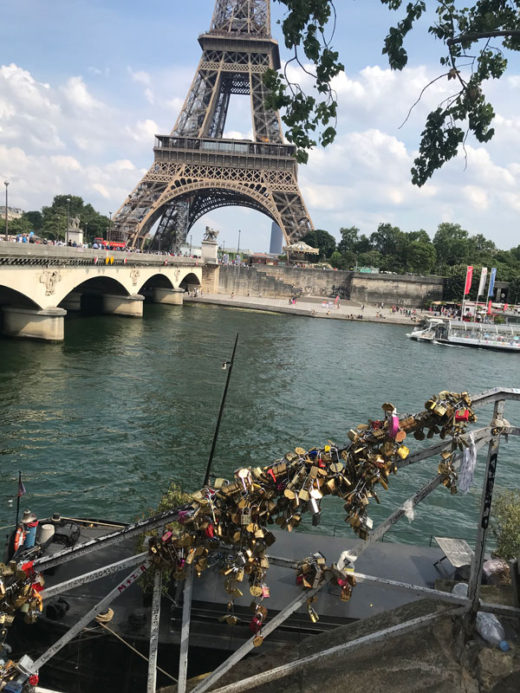 Let’s imagine you’re going for a walk in your neighborhood. But you step outside your front door and there’s a hoard of 30 people walking by. They’re hardly paying attention to anything, let alone realizing that you’re there and just trying to cross the street. They may have headphones for an audio guide in their ears, they’re walking slow, they’re there like it or not.

You didn’t invite them to your home. They just showed up one day. You don’t live next to a major monument, but that doesn’t mean you’re immune to these groups. As tourists see the value in a “local travel” they sign themselves up not thinking twice. It’s offered, they take it.

You try to pick up something from the bakery, but it takes 10x longer because they’re crowded around, taking pictures, don’t know the ropes, and honestly it takes the joy out of your interaction. You’re happy that the bakery has had a lot of success, but you start to wonder at what price, and how do the workers at the bakery feel about these interactions??

Thanks to Instagram and Pinterest, there’s not much in the world left uncovered. Places are easy to find now for anyone. And it’s not just the major cities. Travel is accessible and affordable in a way it never was before. That’s a good thing, but also has its downsides.

Too much of a good thing.

I recently was talking to a friend who went to Greece to celebrate her anniversary with her husband. Instead of talking about how how beautiful the place was our conversation turned to how crowded it was with people, and how hard it was for them to get to where they wanted to be because everyone was stopping at “the photo spot” for a selfie.

Everyone would line up to watch the sunset, which granted, is something people have done long before recent times. However, my friend noted how people were climbing up on walls that literally overlooked people’s backyards, completely tuned out to the fact that people actually lived there. These uninvited guests have lost their manners. Imagine you bought a home in this beautiful place, but someone showing up unannounced like almost every day of the year. How would you feel?

We also talked about cruise ship culture. You have masses of people who get off at a port. There’s a modest tourism fee the ship pays for each person, but the cruisers have all the meals on the ship, so how much are they actually supporting the local economy? Apparently cruise ships often tell their guests that that everything they can buy on the location can be purchased on the ship for a better deal. Most days an interaction with a local and finding something unique to a place can be a far more meaningful souvenir, however, locals often have had to change their offers to what the crowds want, or actually buy.

While I love a good deal as much as anyone, that’s not what travel is always about. As someone traveling you have a certain level of privilege that many in a local economy do not. None of these mass travel experiences—cruises, busses, etc.—are making an effort to support the locals beyond hiring them to be guides, and still the script is written. (Perhaps I’m wrong here, so please do correct me!).

There’s no conversation before un-boarding about local culture, practices, or etiquette. There’s no desire to help leave the place better than how we found it when we arrived. Do locals become a service provider for tourists and nothing more??

The proliferation of travel.

Back in 2011 I wrote my AUP Masters thesis on Changing Landscapes: tourism and new media in Morocco. I was inspired by an advertising campaign I saw in the metro that included a host and a guest interacting with each other. I’d never seen this before, and sadly I can’t say I’ve seen it since. I also wrote about how tourism was changing with information at our finger tips. I saw all the positives of that, and the entrepreneurial spirt. The thing I didn’t foresee was overtourism. What happens when country and city tourism campaigns become too successful?!?

The subject of overtourism is something I first became aware of through conversations on Twitter (@modernruinmag shares a nice roundup of articles). In ‘By the Way’ the new digital travel publication from the Washington Post they shared an article on overtourism the first week after launch. More recently, the city of Paris was featured on CNN, as the city sees the chaos that big busses are causing, and is taking steps to change that. Tourism provides a lot of money, but not every city will step in to do something when tourism becomes too much of a good thing. Places like Paris realize they need to consider aging populations, who need options for those who are less mobile, but they also recognize that people live in the destination too.

In Paris the “love locks” have become a symbol of overtourism for me. While admittedly charming at first, they now reflect a mindless act where people become lemmings going through an action without much thought. Born out of the idea that you add a lock to the bridge and throw the key in the water as a way to show your undying love for someone, now the act is buy a cheap lock from a street vendor and hook it to the bridge without a second thought. (Not so romantic is it??)

A few years ago headlines read “bridge collapses under weight of love locks.” A few translation issues here—really it was panels on the bridge that started to bend, weighed down by the locks, not the bridge itself collapsing itself. The “love lock bridge”—Pont des Arts—now has removed all the locks, instead replacing them with glass panels (that sadly people have started to take Sharpie markers to 🙄). Pont de l’Archevêché literally removed the sides of the bridge to remove all the locks before replacing it with rails that don’t lend themselves to locks. Now there’s a bridge made of cables between Musée D’Orsay and the Tuilleries gardens that’s covered with locks. One person starts something and everyone else copies. Can we not have anything nice anymore!?! As you walk around Paris, you’ll regularly see chunks of locks in the most random places.

Locks provide an easy and viable economic model for the street sellers (and even some bouquinistes [green stands along the river] who sell them), but sadly no one has had a conversation with them about what it’s doing to the city. Heck, last time I was on one of the boat tours of the city the audio part of the tour even celebrated the “love lock bridge” encouraging people to add to it. Rather than considering responsible tourism, the tourist venues play it up. The city isn’t always aware of all the ways it’s happening, but it’s all around us. Social media often perpetuates pretty pictures without acknowledging what the reality is behind an image, let alone having hard conversations. I’m glad the city of Paris—and other major cities—are starting to speak up.

For me Iceland is one of the most obvious examples of overtourism. The “Inspired by Iceland” campaign is one I included in my thesis. I also shared it on my blog first, because I thought it was such a fun way to showcase the country (my favorite video involved a girl in an Icelandic sweater dancing through different landscapes).

I first went to Iceland c. 2008 as a stop over on a trip to Europe. The Icelandic airlines were smart and integrated these stop overs so more people could visit easily. Fast forward and in peak season now it can be extremely hard to find a hotel or place to stay there are so many visitors. The sites in Iceland are naturally formed, and while you may not see it in photos that people post, there are almost always tons of people croweded around it with you. I couldn’t help but think of one of my favorite thermal pools we visited and how it must suck for locals who can’t just go an experience it for themselves without tourists around too. Everywhere is popular now.

For the past ~8 years I’ve been giving tours of Paris. I’ve always tried to approach the experiences I offer as something different from mainstream travel. Some of this is reflected in my own style and interest in design, but also informed by my study abroad program where I learned the city is my classroom. Other parts are reflected in pure practicality: sidewalks are small in Paris and speaking too loud in France flags you immediately as a tourist. Also, do you know how slow a group of adults can move!?! It’s surprising. 😉

I’ve learned A LOT over the years from the hundreds of people I’ve shown around the city. I’ve learned from their questions, shaped my tours to their interests, and in exchange try to share a side of Paris that reflects a local experience (I find traveling far less exhausting that way too). I don’t pretend to give people ALL the answers. That’s part of the joy of travel: getting lost, exploring, and having your own adventures. I don’t know about you, but some of my best travel stories involve the moments when things went wrong. I’m also glad I grew up in a time before phones where sometimes I had to get creative and just figure things out.

Still, I think there’s something that mainstream tourism and guidebooks don’t do enough of: empower people with the nuts and bolts of travel. The “basic” things, that feel completely foreign in a new place, the things you completely take for granted when you live in a place. These little things tend to make a trip for me.

I remember my first trip to Paris when I was in high school. I LOVED going to the grocery store and spotting familiar products (à la giant vert = green giant) en français. Buying metro tickets is something I can do in my sleep now, but was intimidating the first time. My study abroad program prepared us for street smarts, avoiding unwanted attention and pickpockets. I try to be real with my clients—I want them to enjoy the city and not have to stress trying to deal with a stolen phone or wallet. It’s about managing expectations and minimizing unwanted surprises.

I also encourage people to travel according to their own interests. When everyone feels like they “must see” the big sites, they can easily forget what sparks joy for them. I think there’s room for both! And it all leads to more meaningful travel. The goal of travel should not be needing a vacation from your vacation.

That’s why I created NavigateParisOnline.com. It’s an online tool to help you go deeper into the city, saving you time, money and sanity. It’s all the stuff that you “wish you knew when you were in Paris.” The online experience is far more than I can ever cover in a 3-hour tour, but all in a way that’s not overwhelming. And it’s fun! It’s full of those little tips and ah ha! moments that will help you make the most of your time in this magical city.

Navigate Paris Online my way I’m combatting overtourism, and encouraging responsible tourism instead. I hope you’ll check it out, and share it with a friend who’s Paris-bound! ✈️

How to celebrate Bastille Day in ParisIntroducing: Navigate Paris Online