Black Lives Matter: How to be an ally 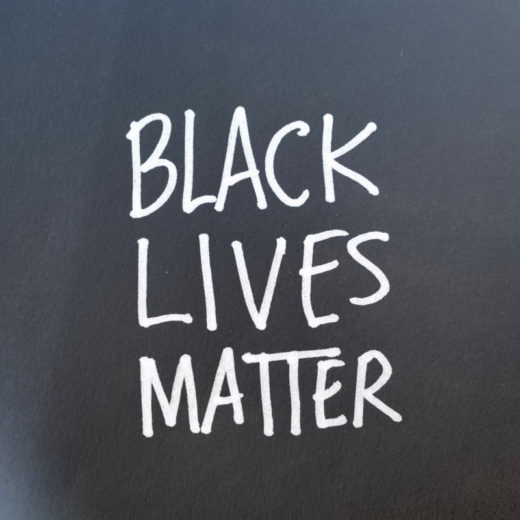 While I can’t pretend to fully understand the weight that Black people are feeling right now, if you pause to listen and read, I see that they’re hurting, they’re not OK, they’re tired, and even feel numb. What, at the surface, was sparked by the murder of George Floyd is only one blip on a larger, deeper, exhausting history. Right now they’re also aware of who is speaking up, and who is silent.

I’ve never considered myself an activist, but if it’s a matter of language, what I do see myself as is an advocate, ally, and amplifier. It’s why I felt the need—and drive—to write this post. This post is not about making me feel good—in fact, it was one of the most challenging things I’ve ever written. In that respect, it was a reminder that there is no progress without effort.

This post is my attempt to explain a time in history—one that needs rewriting, from truthfully acknowledging a past and present rife with systematic oppression and bias, to how we move forward, together. I share my own journey where I know I have already had mis-steps, but I have a voice and a platform, so this is my plea for a more compassionate world. To do that we need to become allies.

Here’s my basic breakdown to becoming an ally: 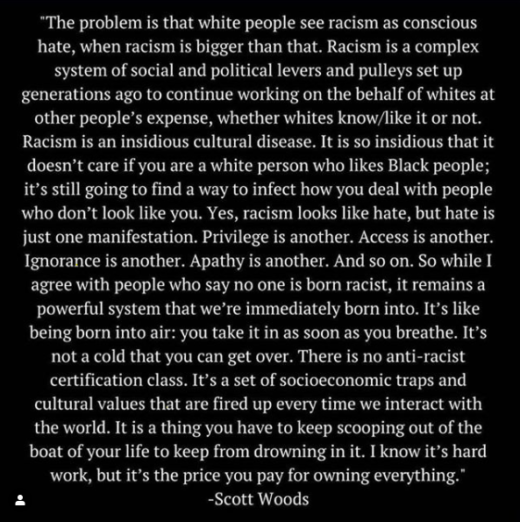 Are you not following the news? Don’t feel the need to follow? Just want to “go back to normal”? Staying quiet? Flippantly don’t think it’s a big deal and want to go on with your life? Do you feel exhausted by what you’re seeing and feel the urge to stop looking at the news and take a mental health break? These are all indicators that you have privilege. Not everyone has the luxury to put on blinders or brush it aside.

What was the moment when you realized you had a certain privilege [because of your skin color]? Can you pinpoint it to a moment, or was it a gradual build? For me, it was the latter. It was Twitter and shifting conversations in the design world that started to open my eyes. I’d eavesdrop on conversations that would open my eyes to other perspectives I hadn’t considered. I expanded the comments and read the reactions. This was rarely anything I would have learned in school, but life lessons of the lived.

I started to learn that what we see represented isn’t the only story, but also what is absent and ignored. In text books. In what we’re taught. In the media.  Serious subjects are layered and nuanced, so even topics of biases were rarely touched on in my official studies.

Context is key. It may mean catching a comment you don’t understand up close, and then zooming out to understand the big picture. That’s what we’re in right now. None of this makes sense without context.

If you feel yourself being attacked recognize if you feel defensive. Ask yourself, “Why do I feel like this?” Pause. Don’t jump to conclusions. (Full disclosure, I had a moment of defensiveness when working on this post. I was stubborn and didn’t fully listen to a friend with a different perspective. It took sleeping on it to realize there was more merit to what she was saying than I gave her credit for. This process will be uncomfortable.)

Acknowledge what it feels like when you feel judged. Now flip the script and focus on where and when you may feel judgement towards others. Is it justified? Was it learned? Were you even aware you do it? Be aware that not all racism is blatant.

Acknowledge what it feels like when someone makes an assumption about you. Now check which assumptions you’re making about others. Have you ever been followed in a store based on your skin color? Or had people move away from you on the side walk [because of the color of your skin]?  A friend of mine shared this—something I only learned about now.

Acknowledge your own hardships and what it felt like. Acknowledge that others have their own hardships that aren’t always visible. What if you had hardships at EVERY step of your career because of the color of your skin? And what if you feared for the life and safety of your father, brother, and nephew as they went through daily life? Keep your own entitlement in check. It’s not a competition of who had it harder. Even if there are factors in your life that make it hard, your skin color isn’t one of them.

Ultimately this isn’t about you, it’s about gaining empathy for others. I’d like to think in reminding ourselves that we have feelings, we can start to appreciate that others have feelings too. Through asking questions—rather focusing on answers—we can begin to see and understand the world through someone else’s lens.

In order to do this we must LISTEN. Not pretend to listen, and not nod like we’re listening while we really are planning what to say next, but REALLY LISTEN. Even if it’s uncomfortable. It may take some time to sit with ideas. Keep asking questions, and asking yourself questions.

It can be hard to discover we’re imperfect humans, but acknowledging it is a start. 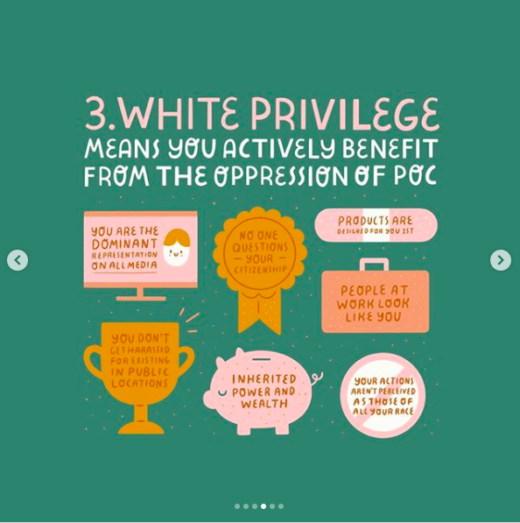 EDUCATE YOURSELF
There’s this strange unspoken assumption that we learn everything we need to learn in school, and then we’re set. There’s nothing further from the truth. School is only the beginning of our education.

As adults it can feel embarrassing to not know something so it’s easier to cover it up than admit that we don’t know. School doesn’t teach us that it’s OK to admit when we don’t know an answer, that asking questions is a valuable step, and ultimately, that as individuals we can learn anything we don’t know.

We grow up with mental models that are informed by our environment and the context in which we are raised. I have fond memories of police officers coming to my elementary school in Kansas. They were nice and friendly, and never forceful. I have an idea of reality that is very different from the majority of disturbing coverage I see on the news. Our ideas don’t always match reality. (And yes, I believe there are lots of good officers out there too—and their stories are being shared online too; but they are not the ones getting away with murder—literally.) Pay attention to when our assumptions and expectations don’t play out in reality.

We are never done learning, and honestly it’s embarrassing that I’m only now learning some of these lessons. It’s also important to acknowledge that sometimes you may need to unlearn what you always thought was true.

It’s easy to get defensive to protect our view points. But this is not about us. The statement “I’m not racist,” becomes about you and not the other person. First, acknowledge racism happens on a spectrum and that it seeps into every aspect of our lives in various, often subtle, ways. Realize you may be offending someone unintentionally. Flip the script to ask, “How might what I say be unintentionally interpreted as racist?” And invite others to correct you if something is out of line. It’s scary being wrong, but it’s even scarier losing your life to police brutality because of the color of your skin. 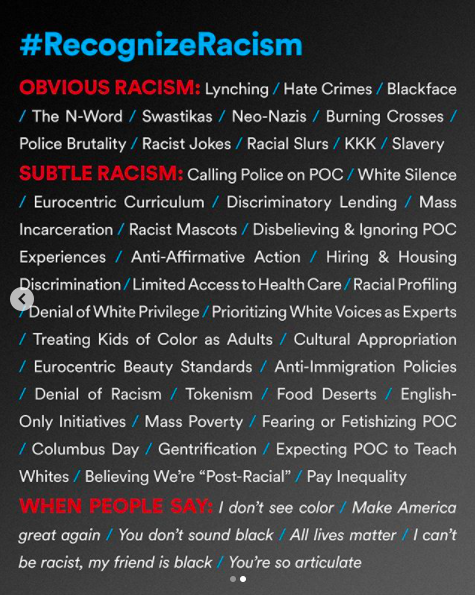 Matt Crump and Jay Grady reimagined the visual of racism on a spectrum.

And yes, ALL lives do matter, but currently not ALL people are treated like they do so that’s why the conversation has to change, and focus on how Black Lives Matter. Jane Elliot asked the question, “If you, as a white person, would be happy to receive the same treatment that our Black citizens do in this society, please stand.” She asked this question as a way to point out the fact that you know what’s happening, you know you don’t want it for yourself, yet why are you willing to accept or allow it for others?

This is not the time to put the onus on someone else—particularly a POC—to educate you about what’s going on. It’s time to do the work yourself. You can ask for help. Here are resources for you if you don’t know where to start: 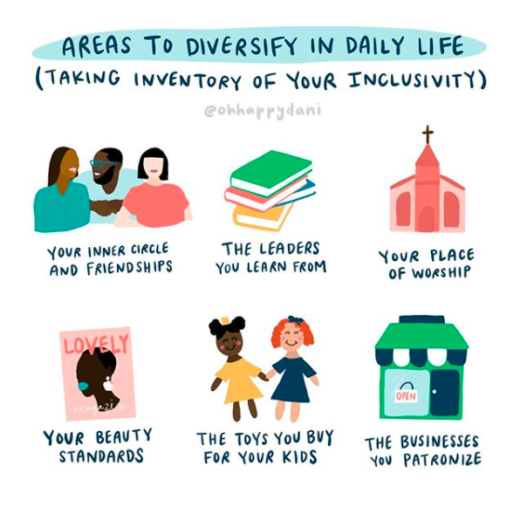 How to diversify your daily life by Oh Happy Dani.

Have you ever read a book and noticed how many “experts” are white, affluent, males? It’s a lot. When you start to pay attention it’s actually mind boggling. This doesn’t make them inherently better, yet their placement and prominence allows them to ride the wave. I invite you to start paying attention to representation and inclusion (this includes, POC [people of color], gender, age, and less abled). Who is present, but also who is absent?

Did you know the #MeToo movement was started by a Black woman long before it started to get mainstream media attention? Tarana Burke was behind it all, yet most of the media I see tends to celebrate a white female celebrity. And while her role was crucial in the spread, how often was she crediting Burke in her own rise to visibility? Now is a key moment to remember to not take the spotlight from others, but use our voices and channels to amplify other voices.

The following examples are people who exemplify being an ally long before the past week. 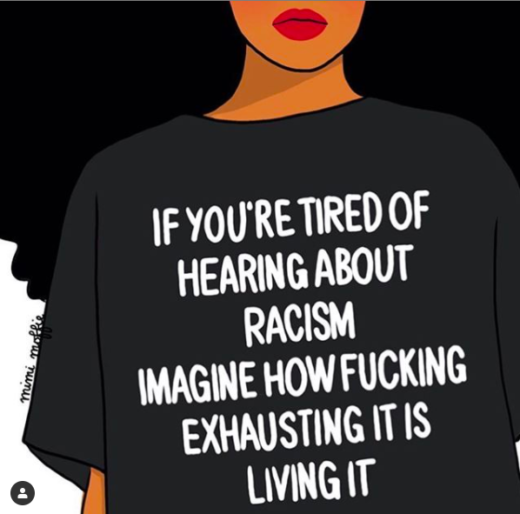 Mimi Moffie via People of Craft

I invite you too to think about who you surround yourself with—in real life and online? Does everyone have the same color skin as you? Do you follow different voices online? What kind of books do you read? (What gender, race, ethnicity, sexual orientation do the authors have? The characters have?) Now is the time to reach beyond our bubble of comfort.

It’s important to listen. To stay informed. To donate. But one of the most important roles we can play is advocating for and amplifying Black voices. This is only the beginning and we’re on a long journey. Consider the role you can play. Can you speak up to your employer? Speak up in an organization you’re part of? Suggest a book or article by a POC in your book club? Have a hard conversation?

I regularly see the statement “I have work to do” shared by white friends. It’s a reminder that this is not a flick of a switch. It will take time, and effort. And we may get things wrong along the way. But it’s not going to magically disappear. No one said work is easy, but when we do work at something, it is far more rewarding. And we have to commit to the work, not just make it an empty statement to comfort ourselves. This is not designed to make us feel good, but hopefully we can make somebody who is exhausted from a lifetime of this fight feel better in this time—like people are on their side.

In my own journey of learning, please share what resources have been most helpful for you. I’m still learning to speak on this topic, so please correct me if you find anything offensive (specifically asking POC). If you’re still struggling to understand what’s going on, ask questions, and I’ll do my best to find an answer for you.

Black tourism (and beyond) in ParisIt’s Bananas. A CreativeMornings journey.