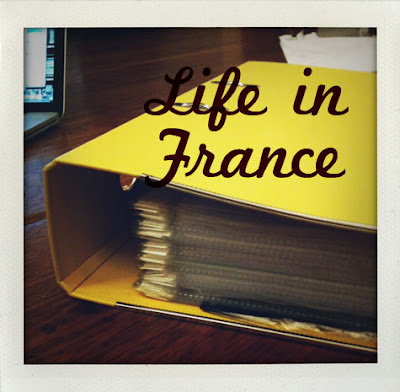 So you’re thinking of moving to Paris? Or perhaps you already did – congrats!

Years ago, I dubbed one of my series {Un}Glamorous Paris keeping things real with a sense of humor and resources to help others on their journey. When you move to Paris you don’t think about the endless flow of visitors you have to balance, or fully comprehend just how small your first Paris apartment may be (if you’re even lucky enough to find one in the first place! My past apartments are probably not as glamorous as you’d expect, but being freelance + foreign I was just happy to have a roof over my head.). It’s all part of the journey and rewarding when you get there. Not every vision of Paris matches the movies—or Instagram. But it’s life, and an adventure. The way I see it, you can complain, or laugh about it. I chose the later. As a good friend of mine said, “Anne, I know you love France, but you really love a challenge.”

You can trust this place to be one of the few places online that keeps it real. Life in France is AWESOME, but it also can be frustrating, lack customer service, be lonely at times, and feel like an endless road of bureaucracy. Things don’t always progress in a common sensical way as one may expect. C’est comme ça. I do my best to share my experiences as a way for others to learn. I’ve been in France for awhile now, and times change (or not), so I can’t promise your experience will be the same as mine.

So here’s my back story:

My first stint in Paris was in 2001 as a student. This was a magical time for me. It’s when I learned the city was my classroom. My courses were in my professor’s homes where we’d meet to look at slides before jaunting out to see the real deal, or met weekly in the Louvre. I also met one of my best friends. These 3.5 months had a last impact, heavily influencing the work I do today. Did I mention that I also happened to arrive two days before 9/11?

Two years later I returned to work as an English teaching assistant through the French Cultural Ministry. I learned to appreciate France and the French ways in a deeper way. I worked 12 hours a week and had two weeks of vacation every 6 weeks (Vive la France!). I may not have been rich, but I learned to have a bit more balance. I taught English in a high school in Colombes (a suburb of Paris). While that style of teaching was not my cup of tea, I was impressed by the deep understanding my students had of the world, particularly American politics.

In 2009 I returned for a Master’s degree at the American University of Paris. Before I found this program I was naive enough to think that I’d find a job in Paris. Not being an EU citizen, nor a high level employee would have made this nearly impossible I later realized. Being on a student visa is the easiest way to get to France, and even allows you to work part-time.

After graduating in 2011 I started my own business. Perhaps a bit naively, but I had work experience going into it, and had been freelancing during grad school to cover my cost of living. That 50-page business plan in French was a good exercise, and all the documents I had to collect was one hell of a scavenger hunt. It was an uphill battle, involved a lot of limbo and uncertainty, and even more paperwork. I even managed to amaze my professors. I was one a small handful who managed to stay after school, and perhaps the first ever to do it through running my own business. I’ll also add, that while I’ve always been fascinated by France, I never considered myself a francophile who was dead set on living in France. It just happened.

I will also point out at that time that my business was anything but booming. I spent a large chunk of my time worried about my renewal appointments every three month. The right to live in France doesn’t grant you the right to work in France. It was an uphill battle. It’s a learning curve learning to run a business in your native language; another culture is a whole other ball game.

Luckily I never have been one to live above my means, and more importantly, I can be stubborn as hell. I also started to think differently about what work is, and can be. I started giving tours, and teaching map making online (which remains passive income to this day). I prefer to think of bureaucratic hell as “creative constraints” (I share tips you should know if you’re planning on moving to France in this post).

As someone who is self-employed there was always less trust than for salaried employees. I’d take my giant stack of papers to the Prefecture for my renewals. The functionnaire would then take a highlighter too all my bank statements ensuring I’d paid all my French social charges. It wasn’t a fun feeling, especially when I’d have to go hunt down more documents. These visits would take a toll on me, and involve a 3-4 mental health recover time.

Moral of the story, it’s “easier” if you have a full-time job in France, but that also would take away half the fun. 😉 (Had I been independently wealthy it would have been a bit easier too.) Seriously though, every experience is different. France isn’t looking for freeloaders. I wrote this post called French Bureaucracy, Explained which goes in depth and attempts to address some of the why things are done the way they are. The post Everything I learned (the hard way) about running a business in France is more business specific.

Fast forward to 2016, and I BECAME FRENCH! 🇫🇷 I not only no longer to have to go to hellish Prefecture appointments, but I also have the right to vote, and a sweet biometric passport that makes airport and Eurostar lines much more manageable. People often ask me if this was hard to do. Besides the waiting—and the initial rejection the first attempt—it was actually easier than what I’d be through. It was surviving bureaucracy up until that point that was the hard part.

The funny thing is that I often see comparisons between French bureaucracy and Paris swimming pools. Everything is an adventure.

Courage! (That means good luck!). If I can do it, so can you. I like to keep things real. Rose colored glasses are over rated. Life is real. It’s an adventure. You get to go outside the world you think you know. It’s fun. Make sure you’re living your dream and not someone else’s. Enjoy the journey.

DISCLAIMER:  These are my tales of life in Paris, based on my own observations and experiences. I like to tell my story with humor and sarcasm. I’ve done my best to keep information and resources up to date, but it’s always good to double check because laws are always changing. Please consider consulting an expert who understands the various statuses and legalities of life in France.