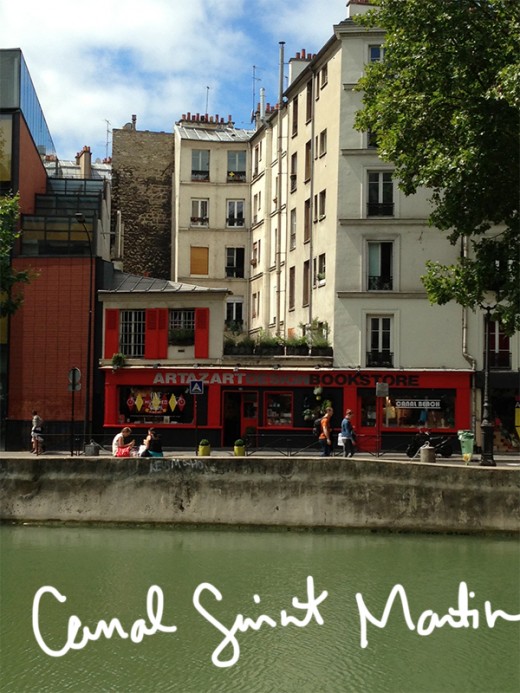 There’s nothing I love more than good design and a good deal. ARTAZART has long been my favorite bookstore when it comes to design (good photography books too). I usually don’t leave empty handed. I also love that they use their windows to promote artists, designers and publishers. Right now there is a show of British illustrator Neil Stevens that celebrates One Hundred Years of Le Tour de France. (You may also remember these prints I posted by Eleanore Grosch as well). A huge fan of the race, Neil illustrated each stage typographically. His style is so not the commercial style you’re used to seeing when it comes to major sporting events, so I found it really refreshing. 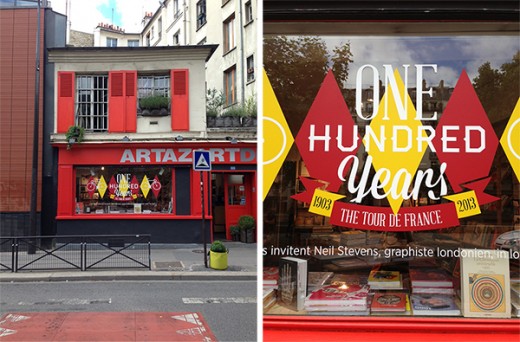 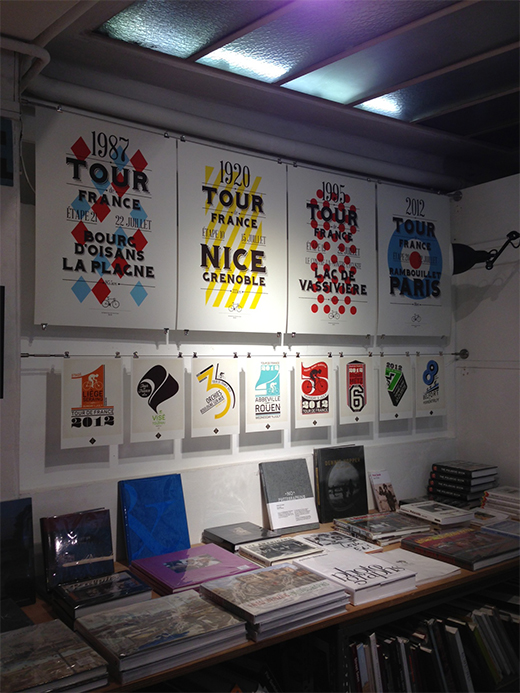 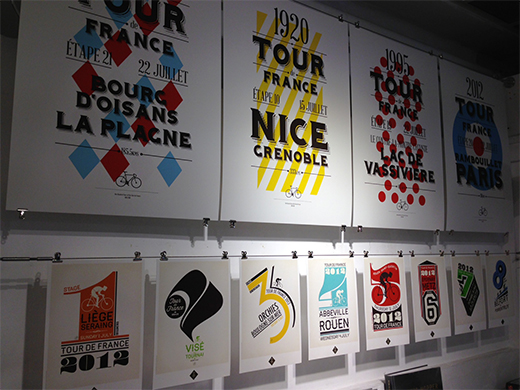 I love the way that the numbers help give a sense of motion. You can view more of Neil’s work here. 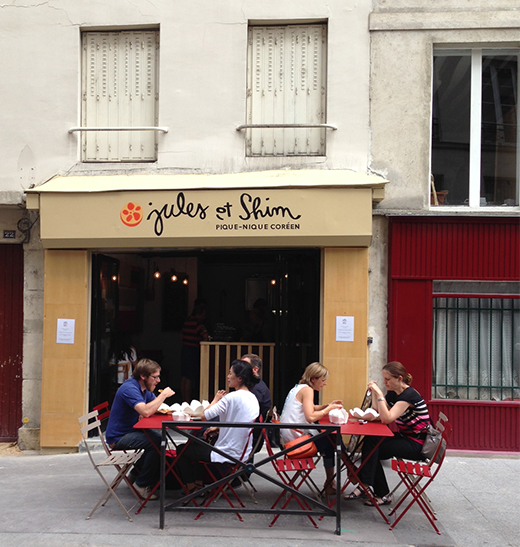 After happening upon the fun little show at ARTAZART I peeked around the block to the new Jules et Shim (get it? a play on the movie Jules & Jim), for a “Korean picnic.” First off, most efficient place in the city. Like many places in Paris they specialize – the menu is small, essentially offering bibimbap with your choice of topping of the day (I went shrimp). They’re super friendly, and it’s the perfect meal to get to go and eat along the canal. So that’s just what I did. Oh, and it’s totally affordable too. 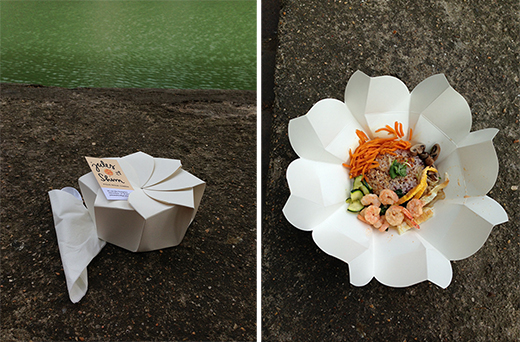 The packaging immediately struck my attention. I’ve never seen a lunch container so beautiful, so I asked about it. Apparently it’s inspired by the food trucks in the Philippines. And as you’ve probably noticed, I tend not to post about food or restaurants very much (or ever) on this site, so let this be a testament to how much I loved this meal – in every respect!