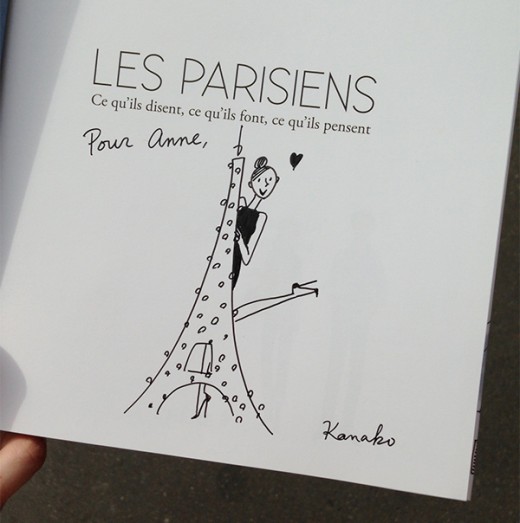 When I moved to France four years ago, My Little Paris was THE site of anything happening in Paris. To this day it’s still a leader – I particularly love their maps of Paris’s terraces, brunches, hidden places, forgotten museums, pleasures in winter – but MLP wouldn’t be what it is if it weren’t for the talented illustrator, Kanako Kuno whose style very much embodies the look and feel of what they do. As her work tends to be synonymous with the MLP brand and a full-time job that helped her stay in France, it’s hard to find too much about Kanako online, so I was super pleased to see this interview with her on Messy Nessy Chic (one of my favorite sites at the moment for re-discovering Paris). 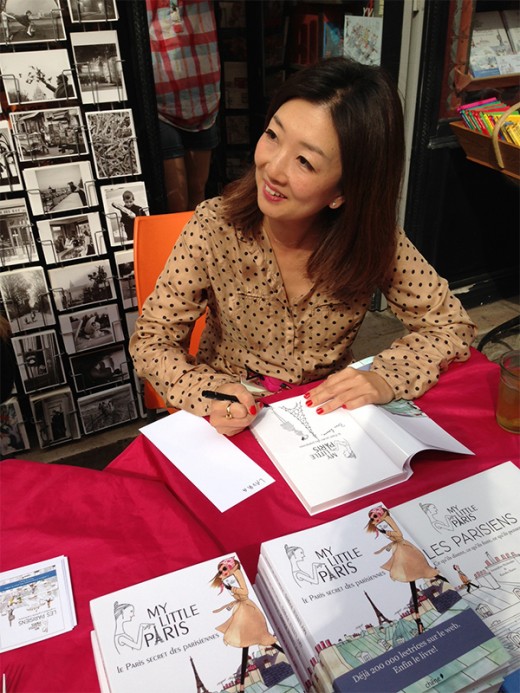 Eight years ago Kanako came to Paris from Tokyo with aspirations to be an artist, and not knowing anyone in the city. As you’ll read in the interview, a simple postcard and a bit of time, and the rest is history. Now it’s wonderful to see all the projects it’s turned into. In addition to illustrating for the website and app, Kanako + the My Little Paris team are behind two books: Le Paris Secret des Parisiennes (it comes in English too), and Les Parisiens. The most recent big endeavor has been a city wide series of 50 posters en plein air in collaboration with the Mairie de Paris – also dubbed Les Parisiens – illustrated by Kanako. The posters have been around the city for the past month, and you can still catch them until August 28th. It’s a bit like a scavenger hunt when you’re out and about, but there’s a map of locations, mainly concentrated around Barbès, the Champs Elysées, and Saint Germain areas. Apparently not everyone loves the series as much as I do (although the French do have a good sense of humor about themselves typically). You can see more examples (and buy your own poster or postcard), and Lindsey featured the project in English.

Last week Kanako had a few book signings around the city. I was lucky to catch her at the right time to sign my book at Librairie des Abbesses on Saturday. (Thanks social media for the heads up!) I had no idea I was going to get such a delightful illustration in my book – see the Vine I took above – when I went to the signing. Such a special treat (and why creative people are awesome!). After four years of seeing her work arrive in my inbox on a weekly basis (definitely recommend the My Little Paris newsletter!) now I finally could put a face to the work. 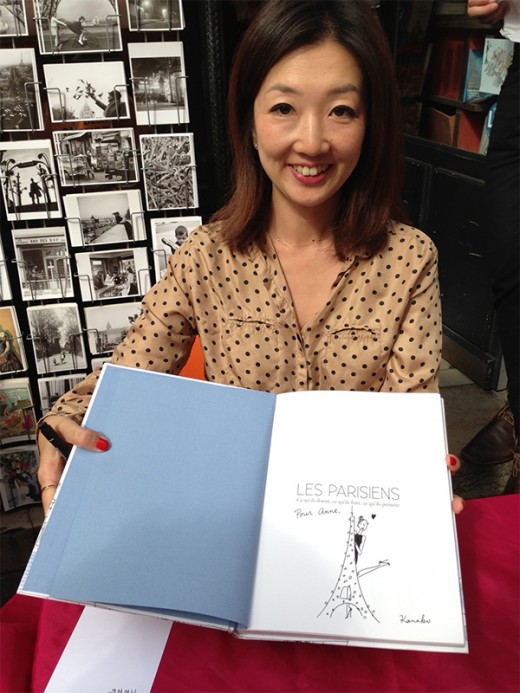 The other amazing thing I didn’t realize when I bought the book a few months ago is that it comes alive with the help of an iPhone map. Seriously, even Kanako’s illustrated dog wags his tail! Check out the video. 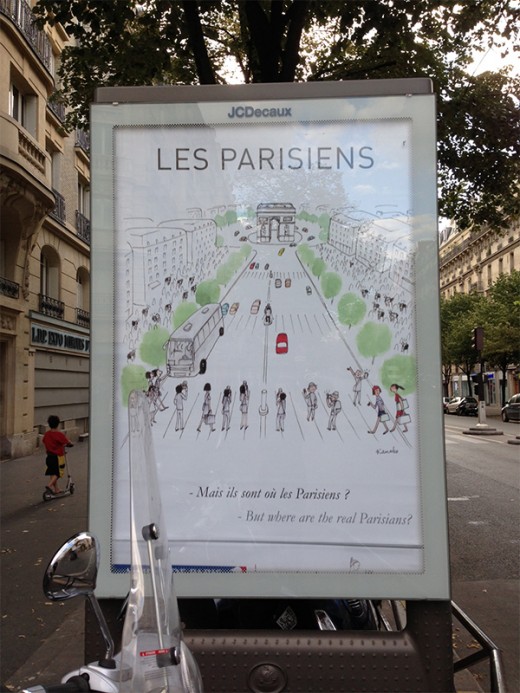 These were a couple posters from the open air expo I spotting in the 11ème. As August tends to be the month when all Parisians disappear on holiday, it definitely was a smart move to include the English translations as well. 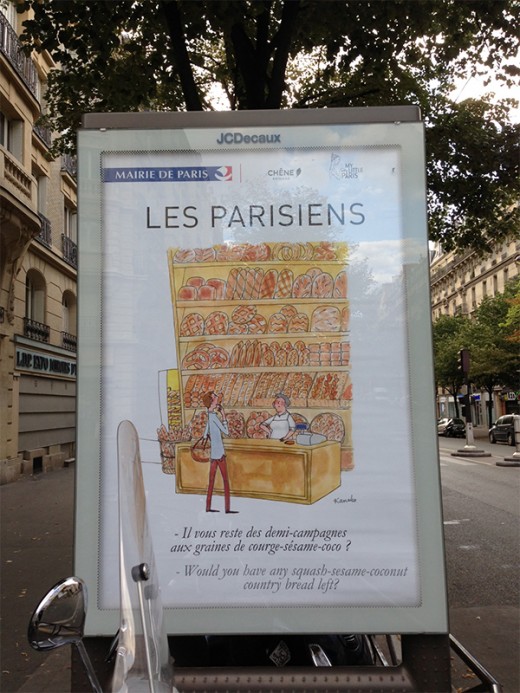 Les Parisiens on through August 28th around Paris!

P.S. I’m teaching InDesign and map making over on Skillshare! It’s great fun and open to everyone, any time!